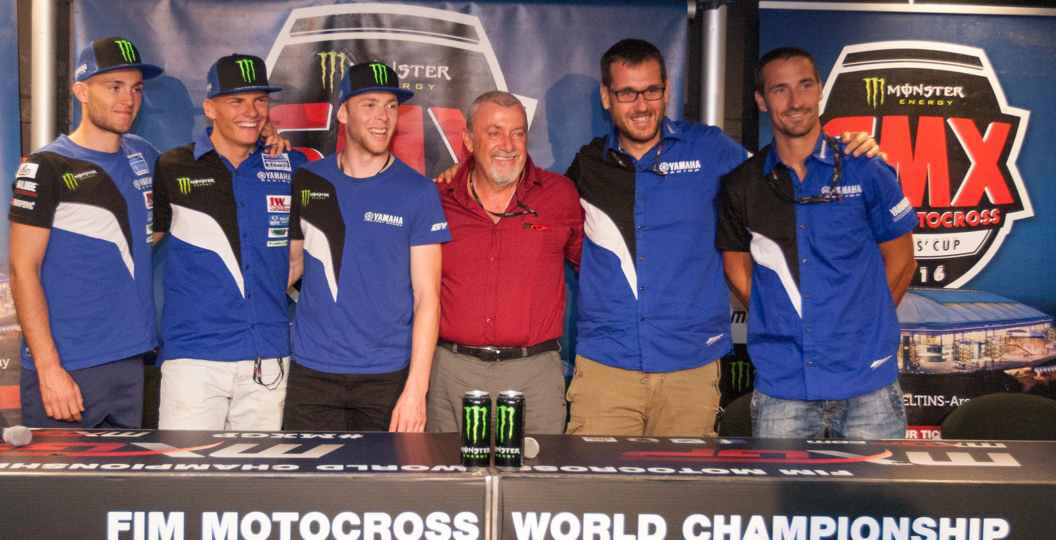 Febvre was obviously a logical choice, but most were intrigued to see Van Doninck and Paturel sat alongside him. They will, of course, face a mountainous task as they attempt to challenge the 450F riders in the Open class format, but the nature of the track should make the nimble 250F an advantage in some spots.

“It is a new thing, so I don’t know what to expect,” offered Romain Febvre. “We will see there. We have the ‘Nations before, I’m also the captain and have the number one plate there. I can get some experience on how to work with the group. It’ll be the same for this race, the SMX. We’ll see. I think we have good riders and, for sure, good bikes.”

Yamaha also used the opportunity to release more information on the YZ125 Cup that’ll run at the event. The winner will receive a contract to race EMX125 for the manufacturer in 2017, then the top eight will be invited to a training camp with David Philippaerts.