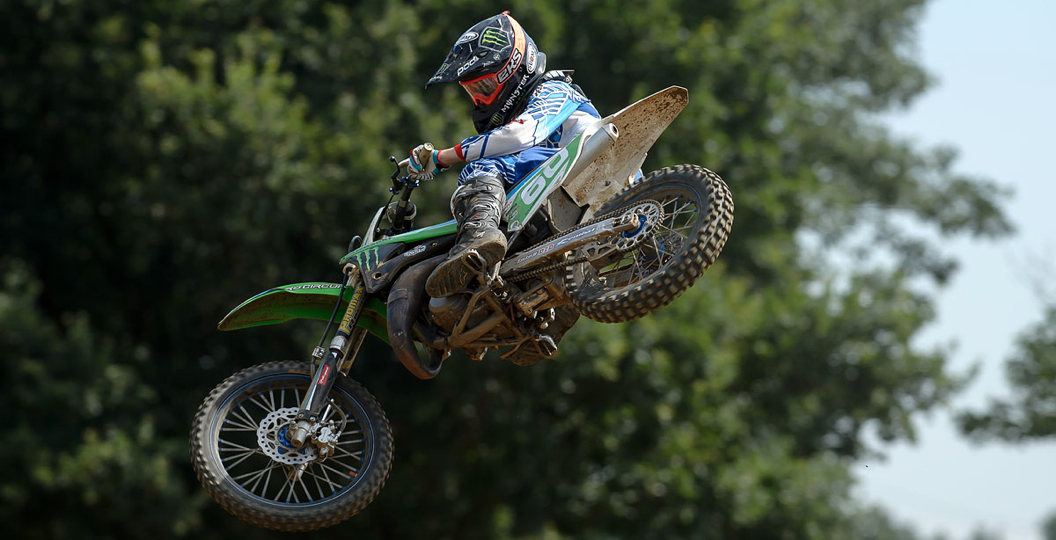 Kawasaki Team Green rider, Dylan Woodcock, is progressing at an impressive rate in his motocross career and his ongoing success has now brought him to increased international attention.

The Essex youth rider has only recently returned from the Ricky Carmichael University which took place in Belgium in late July. With Carmichael himself teaching alongside other off-road greats such as Jeff Emig and Jamie Dobb, the invite from Team Green sponsor, Monster, was just one highlight in a Summer that keeps getting better for the highly regarded fourteen year old.

Dylan has also been invited to the Junior World Championships by the ACU to represent Great Britain at the race event which takes place in Belgium on 9/10 August. This is the second year in a row that Dylan has been invited as a Kawasaki Team Green rider.

The biggest highlight though for Dylan is the chancre to ride in the Monster Cup which takes place in the San Boyd Stadium in Las Vegas on 18 October. This race is famed for having a $1 million dollar prize for the winner of the pro class, which Ryan Villopoto has impressively won previously. Invitations to this event are particularly hard to come by – especially for a youth rider not based in the United States – so this is a big deal for the up and coming UK youngster.

Racing in the Supermini class on a KX85BW that has been tuned by Pro Circuit in the States to 105cc, Dylan is understandably delighted to be the focus of such attention.

“This is like a dream come true”, commented Dylan “Just the chance to ride for Team Green is awesome, but to have all of these extra opportunities presented to me is unbelievable. I really hope I can prove to Kawasaki and everyone watching that I am capable of running near the front at these events. I can’t wait!”

For Kawasaki, Racing Coordinator, Ross Burridge said: “As each month passes by we are witnessing Dylan evolve bit by bit into a professional, dedicated athlete who takes his riding, training and all round application incredibly seriously, and this is starting to pay off for him.

I am pleased that he has been invited by the ACU to the Junior World Championships again, and to gain an entry in to the Monster Cup is fantastic. Hopefully these events will bring Dylan on yet further and help him along his chosen path carving out what is fast becoming a deeply impressive riding career.