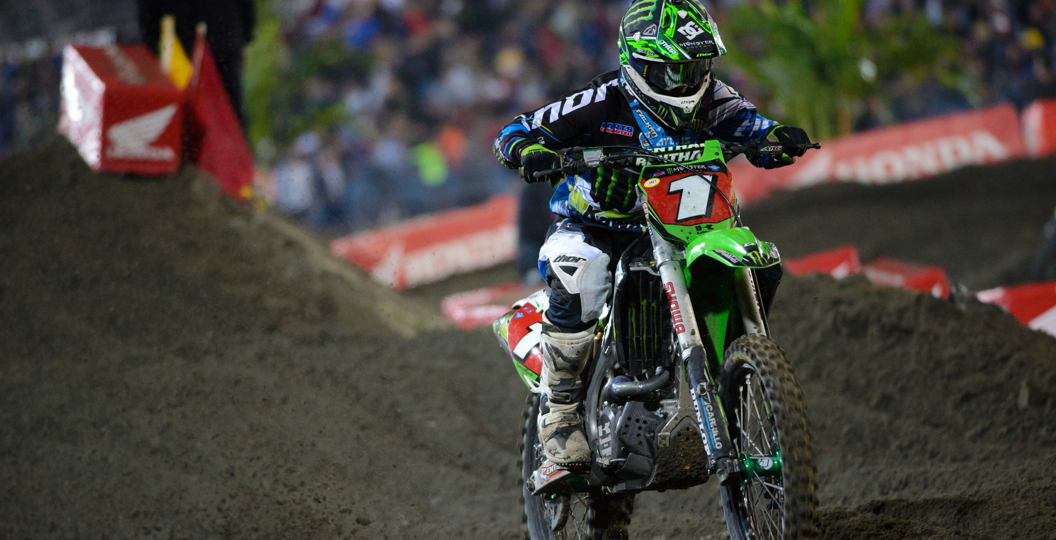 Last week, we [MX Vice] heard from a very reliable source that Ryan Villopoto is going to contest the FIM Motocross World Championship in 2015 aboard a Monster Energy KRT machine. Okay, we know that you have heard this multiple times in the past, but there may be more weight to the rumour this time.

Admittedly, I pushed the rumour to the side at first. How many times have we heard it before, only to be let down? However, in the days following that, more factors have come into play that indicate there may actually be a hint of truth to it. We all know that RV is exhausted by the American scene; the many agreements that he has to adhere to has taken the fun out of it for him. The rumours about RV retiring at the end of this year have been circling for a while now, but what if he were to just exit the American scene?

In comparison, the European scene is relatively relaxed when it comes to dealer signings etc, so he would be able to just ride his bike without having to worry about the many tedious obligations. Of course, there is also the draw of travelling the world and experiencing different cultures, which is something Ryan and his wife seem to enjoy. With less races in the MXGP series too, he would have more time to enjoy this. Again, this could ignite some excitement into racing for him. It is also the perfect time for him to take a year out to do this, as he has not got a family to worry about, and he has achieved everything he wants to in his homeland.

Interestingly, rumours suggest that Gautier Paulin may switch to the Monster Energy Kawasaki team in the USA next year, too, which again makes the Villopoto story more believable. With the same sponsors (for the most part), it would make sense for the teams to swap one title contender for the other (although there is obviously more to it).

Of course, there are also a few reasons why this may not happen. Ryan has a great set-up in the USA, with everything he could possibly want, so why would he choose to relocate? Perhaps he has been enticed by the possibility of adding a world championship to his impressive list of accomplishments?

Although Ryan Villopoto is not racing at the moment, he remains one of the most popular points of discussion in the paddock. In 2015, he could stay in America, or he may just retire. But, if he does end up in the FIM Motocross World Championship, don’t be surprised.