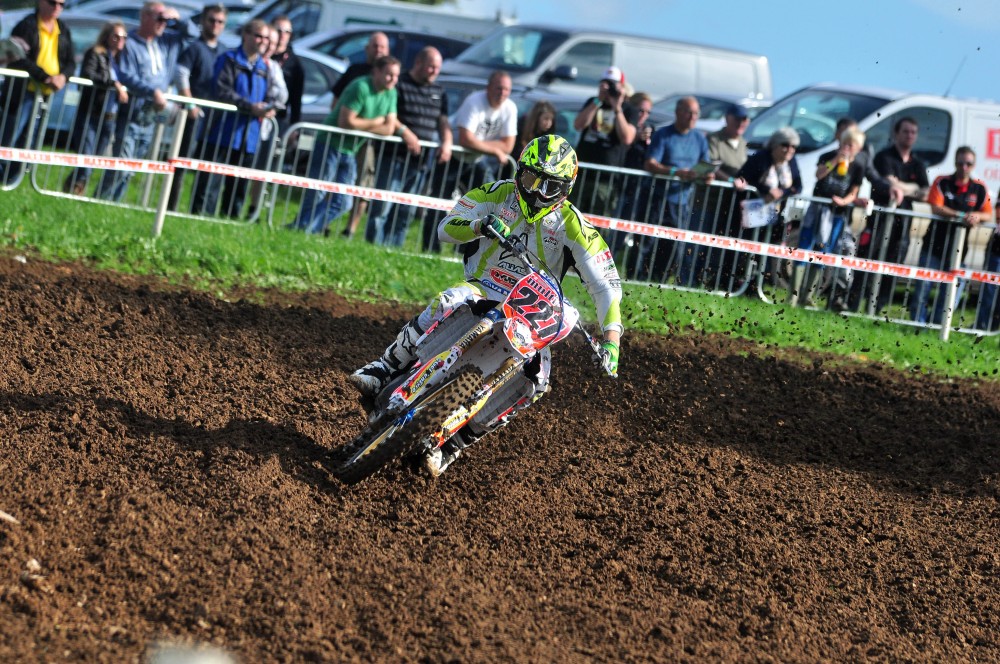 Whatley in for the MX Nationals!

The MX Nationals team is pleased to announce that Kristian Whatley will be competing in the full series this year, in a bid to become the first rider to win the ‘Fastest 40’ title. Kristian had a perfect season last year, as he won all three of the major championships in the UK; he will be keen to repeat that success this year, and add an MX Nationals title to his résumé.

Kristian will have his hands full, as a long list of talented riders have signed up for the 2014 MX Nationals. Each rider will earn four-hundred-pound for each race win, which will surely result in some competitive racing. In order to win the championship, the riders are going to have to be on top form, as the eight rounds will be run over two days; the professionals will have practice, qualifying and one race on the Saturday, and two more motos on the Sunday.

Currently, it has been confirmed that rounds of the MX Nationals will held at Canada Heights, Foxhills, Whitby, Culham and Pontrilas. So, the riders are going to face many different track surfaces and layouts throughout the year. Kristian Whatley is going to come up against some of the best riders from the UK, and Europe, also.

James Burfield (MX Nationals Director): “It is great to have Kristian competing in the MX Nationals. Last year, he was the most successful British rider, as he won the three major titles. With this new series coming in alongside the two established series, he wants to stamp his authority once more, and continue his great form. The money purse for each round is a great incentive, I am sure. From our point of view, we are doing everything right with the fastest 40, as the UK’s triple champion wants to ride our new series in 2014.”

Kristian Whatley (British Champion): “It is important that, as a professional rider, we support British Motocross. When I heard that the [British] Masters Championship was finished, it left a huge hole for fellow riders to compete week in week out to work on speed and stay competitive. The MX Nationals have some good people, good ideas and some good riders to compete against. This is also my Job and the prize money available, if successful, will help me earn a wage from what I love doing. Hey, it’s going to be another year stacked with great riders, but I will keep working hard to try and win all three again.”