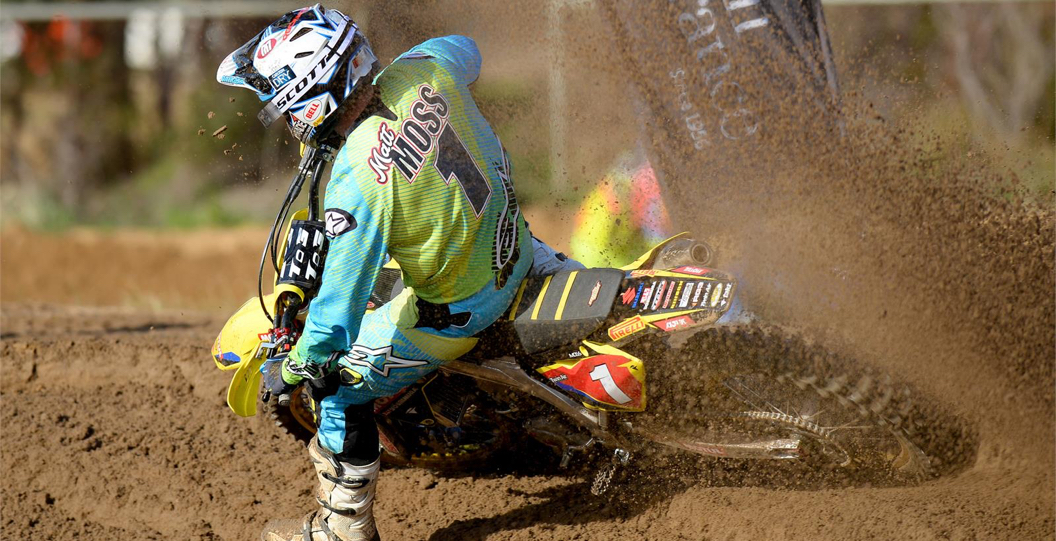 Matt Moss suffered a horrifying crash this past weekend, when he collided with a piece of machinery that was on-track. Moss, the defending champion, was told to commence his ‘super pole’ lap and was in the middle of doing so when the incident occurred. Reports suggest that a broken leg was sustained, although an official update has not yet been published. We have, however, received this statement from Williams Event Management…

Williams Event Management and Motorcycling Australia wish to advise that an incident has occurred at round seven of the 2015 MX Nationals in Shepparton this morning, involving Team Motul Suzuki’s Matt Moss.

The incident occurred during GoPro Super Pole where an undirected piece of machinery entered the track, causing a collision with defending MX Nationals champion Moss.

Moss was immediately attended to by the RACESAFE Medical Team and has been transferred to hospital by ambulance in a stable condition for further assessment of his injuries.

Williams Event Management, Motorcycling Australia and the event Steward has now commenced a thorough investigation into the incident and will provide updates on Matt’s condition as they become available.