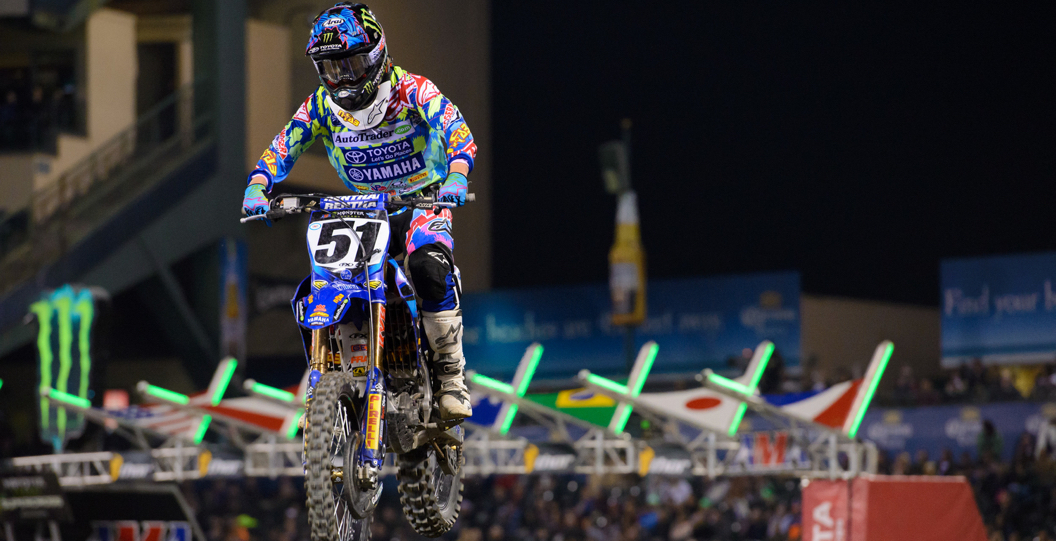 It seems that this is the week of change, as there have been a few changes within some teams over in the USA. On this side of the Atlantic it has been relatively quiet, but as always you’ll find all of the news from the past week right here.

Perhaps the most surprising news that has emerged this week is that Josh Hill will be moving over to the Rock River Yamaha team and, consequently, Ben Lamay has to move onto pastures new. It isn’t surprising that Hill has moved on from his previous deal with Valli, as that was originally only for the first handful of west coast rounds. The fact that the team were so quick to drop Ben, who has shown some speed and been with them for a considerable amount of time, was quite surprising though. It now looks like he could be on the sidelines for a few weeks, as he attempts to get some kind of deal together.

San Diego this weekend will be Fredrik Noren’s last indoor race with his current team, as he will shift his focus to the outdoors and start testing for the American Honda team, which is actually the main reason he was hired. Colt Nichols and Kyle Peters will join the MotoSport GPI Honda team for the 250SX East series, so it will still be pretty packed beneath their tent. Noren will return to racing for the outdoors, which is obviously his speciality.

Justin Barcia has had a rough go of it this year, hasn’t he? The expected results haven’t materialised and, honestly, he just doesn’t look like the same guy. A practice crash at A3 would have only dented his confidence, but following a big crash on Thursday you have to think he is a bit down in the dumps. Fortunately nothing is broken, despite initial fears, but at this point it is unclear whether he will race on Saturday night. It seems quite unlikely that he will make it to the line, but not official statement has been released from the team.

Geico Honda rookie Jordon Smith also crashed whilst practicing this week. Unfortunately he broke his hand, as a result, and had to have a plate with six screws put in on Wednesday. At this point he has stated that his goal is to race the 250SX East opener next weekend, although it wouldn’t be surprising to see him wait a little while before making his much anticipated debut.

In more positive news, Broc Tickle will return to the track after missing the fifth round of Monster Energy Supercross. After casing a triple in Oakland, Tickle hurt his back and, consequently, elected to sit out at Anaheim 3. However, he now feels ready to build on the solid results he garnered through the first three rounds, where a fifth was his high.