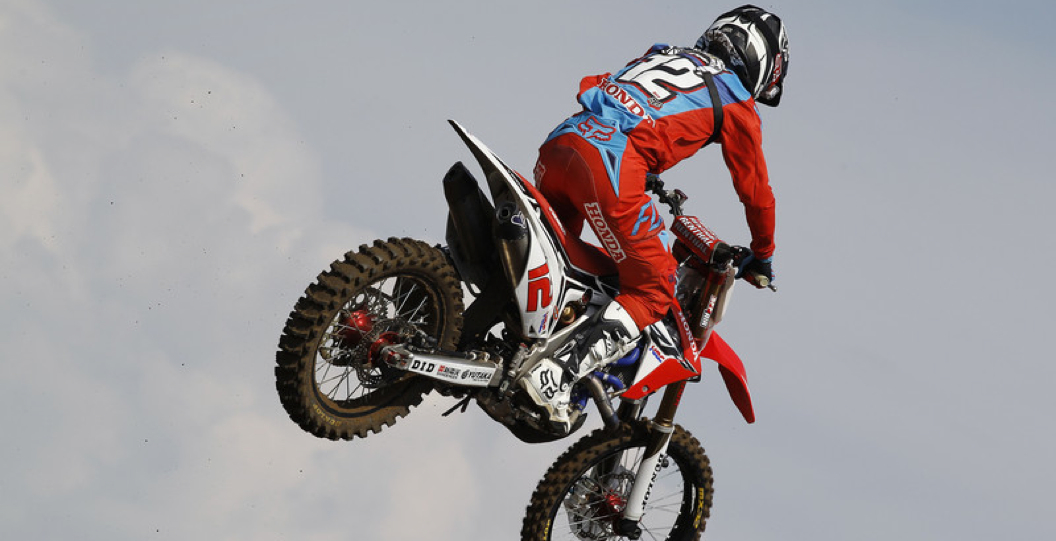 The Irish Motocross des Nations team has been announced, and unsurprisingly Graeme Irwin, Martin Barr and Stuart Edmonds will represent their nation, with Martin on the 250F. Their goal will be to make it into the main event on the Saturday, as always, and if they do not run into any issues, you have to think they are capable. You can be sure that all three of those guys are going to give it their all – they’re known for that.

There are more and more riders that are switching nations at the Motocross des Nations, strangely; Harri Kullas will ride for Estonia this year, despite the fact that he is known for being Finnish. On his website, it says he has dual nationality, hence why this move does not break any rules. Anyway, it will certainly help Estonia, as Gert Krestinov and Tanel Leok will join Kullas on bigger bikes. Estonia always flies under the radar, but are usually in the top ten; we expect them to do that again in Latvia.

To the surprise of no one, it has been announced that Ken Roczen will not represent Germany at the Motocross des Nations this year for the first time. Visa issues are the reason for this, although the fact that he will have to transition to the RCH Suzuki squad obviously played a part also. So, with arguably the most marketable rider on the planet absent, Germany will send Max Nagl, Marcus Schiffer and Dennis Ullrich to the event. Nagl feared that he was suffering from a virus after Lommel, but fortunately that turned out to be down to the fact that he was training too hard.

The Portuguese, New Zealanders and Japanese have also announced their line-ups this week. Portugal will send Rui Goncalves (MX1), Paulo Alberto (MX2) and Hugo Basaula (Open), which isn’t too dissimilar to the squad they sent last year. They should make the A-main, and occupy a spot around fifteenth. Hamish Dobbyn (MX1), Hamish Harwood (MX2) and Scott Columb (Open) will represent New Zealand, with Akira Narita, Takashi Katsuya and Yoshi Atsuta flying the Japanese flag.

Surprisingly, the news broke this week that Kristian Whatley will join the Buildbase Honda squad in 2015. Although it was relatively well known that the switch would be taking place, it is rare for the announcement to be released this early. Most have questioned the move already, as he struggled the last time that he was on a Honda. However, obviously the bike has developed quite a lot since then, so that shouldn’t really be a factor. Interestingly none of the current Buildbase Honda riders will return next year and Gert Krestinov is rumoured to be Whatley’s teammate under that tent.

Unsurprisingly Graeme Irwin will not be in action this weekend at Culham, following the massive crash that he had at Cusses Gorse two weeks ago. Irwin suffered a bad concussion in that fall and was transported to hospital shortly after that race. Obviously, head injuries have to be treated with care, so there is no timescale on his recovery at the moment.

Although unconfirmed, it seems James Stewart is going to be out of the action again this weekend, which really is not surprising in the slightest. There are a handful of conspiracy theories floating around at the moment, but I honestly do not know what to believe. It is odd that he is supposedly still recovering from the dizziness he felt at Millville – that is the only information his camp are releasing, and there has to be more to it.

Unfortunately Malcolm Stewart will be on the sidelines again this weekend, as he is still recovering from the dehydration issues suffered at Millville. Colton Facciotti, the new Canadian MX1 champion, will replace him on the Troy Lee Designs Lucas Oil Honda team, which will be very interesting to follow! Do not underestimate his speed; Colton should be comfortably inside of the top ten each time.

Surprisingly, Lewis Trickett has made a relatively quick recovery after dislocating his hip at Canada Heights. It seems that he will be back in action this weekend at Culham, the sixth round of the MX Nationals. Lewis actually had his first pro MX2 podium at that track earlier this season, so he is capable of great things there. Although I suspect he will make a splash, it may take him a little while to get back up to speed, considering all of the race time that he has missed out on. The MBO Sport Yamaha rider will also be another spoiler in the MX2 title fight – there will be a ton of riders that can split the title contenders this weekend.

Todd Kellett will also be back in action this weekend, on the track that he injured his back at back at the start of the season. Interestingly, it sounds like Todd will be stepping up to the MX2 class, so he clearly feels like he is up to speed. How will he fare? Well, we really have very little to base a prediction off of, but it’ll be tough – the MX2 class will resemble a round of the British Championship this weekend!