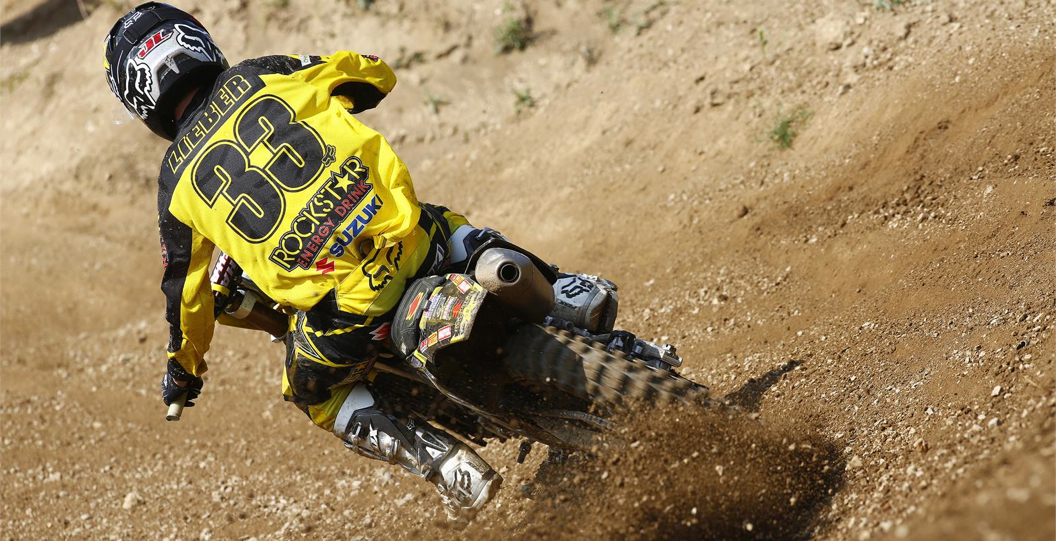 It is no secret that Ken de Dycker is still struggling with the wrist injury that he sustained in the off-season, and this has prompted numerous lacklustre results (except for the astounding podium finish that he earnt this past weekend). In an effort to ensure that the issue no longer hinders him, he will be missing the remaining rounds to have another surgery, which also rules him out of the Motocross des Nations, which is disastrous for Belgium. But it is worth it, as this is a surgery that could potentially save his career.

Max Nagl has run into various issues in recent issues, unfortunately, and it doesn’t look like things are going to get any easier for him in the coming weeks. Following a solid start to the weekend, Max was forced to withdraw from the second MXGP moto on Sunday, as he had symptoms that were similar to what he dealt with when he had a virus last year. The likeable German will now go to see various specialists to ensure he is one hundred percent before deciding whether to finish the season.

It has been a turbulent season for Yentel Martens and the Talon Kawasaki squad; however, the Belgian posted a superb eighth overall at the most recent Maxxis British Championship round, so they were looking forward to building off of that. Unfortunately they will not get the chance this weekend, as Yentel crashed hard mid-week and broke his collarbone. Although he will have to miss Cusses Gorse, we expect to see him back in action for the final round in less than two months.

Technically James Stewart is not injured, but honestly, no one knows why he is out exactly. The Yoshimura Suzuki rider will not be on the line again at Unadilla, and the team reports that it is because he still hasn’t recovered from feeling dizzy in the second moto at Millville. The whole situation is weird. Who knows what is around the corner for the man once dubbed the ‘fastest man on the planet’?

The historic Loretta Lynn’s amateur race wrapped up last week, and following it a handful of pro teams signed some riders for the rest of this season and beyond. Chris Alldredge has joined Monster Energy Pro Circuit Kawasaki and will make his debut at Unadilla this weekend; Chris was a solid podium finisher all week at Loretta’s. Luke Renzland, another standout amateur performer, has signed for the Cycle Trader Rock River Yamaha team.

After splitting from Rockstar Energy Suzuki Europe last week, it has not taken long for Julien Lieber to find a new home, as he will aboard a Standing Construct KTM at the final two MX2 rounds and in 2015 too. Glenn Coldenhoff had the most successful season of his career beneath the Standing Construct awning, and I think Julien could do the same next year. Lieber is now in a prime position to fill a spot on the Belgian MXdN squad, as well.

Remember Darryn Durham? The Monster Energy Pro Circuit Kawasaki rider has been missing since Anaheim 2 in January, following multiple injuries. When the team hired Darryn in 2012, everyone was stoked to see the privateer get a shot; however, health issues have plagued him. With a lack of positive results (although he did win one supercross main event in his first year on the team), you can bet that Durham feels some pressure to perform at the final three rounds – rumours suggest that he has been in talks with the Troy Lee Designs Lucas Oil Honda squad, who will more than likely switch to KTM.

Since returning to the USA, Zach Osborne hasn’t really fulfilled his potential. Although he has had some good showings, he hasn’t really been a factor in the race for the lead at any point. An injury at the beginning of the outdoor season forced him onto the sidelines until now, as he will return to action at Unadilla. It seems like a done deal that he will be on a Husqvarna in 2015, so he has no pressure from that side, although I am sure he would like to impress at the final three rounds.

Nathan Parker will be back in action again at Cusses Gorse, after injuring his knee at FatCat. The Buildbase Honda rider has had a turbulent year, to say the least, but when he has been on-track he has shown some good speed. His sole goal for this weekend is to get three good races under his belt. If he can do that, he will have something to build off of in the coming weeks, which will be positive.

The Canadians announced their Motocross des Nations team this past weekend, and it seems like a squad that should comfortably qualify (although we thought that last year). Colton Facciotti (MX1), Kaven Benoit (MX2) and Tyler Medaglia (Open) will represent their nation. It will be most interesting to see how Colton performs, as he has been giving Alessi fits all year and is very fast on his day. Like we said, they should qualify, but Canada always seem to run into issues at the event.

The 2015 Arenacross UK schedule was announced earlier today, and unsurprisingly, the series is going to expand! With eight rounds spread over two months and held around the country, it is quite clear that the series is gathering pace, which is great for the industry. The dates and venues for next year can be found below: