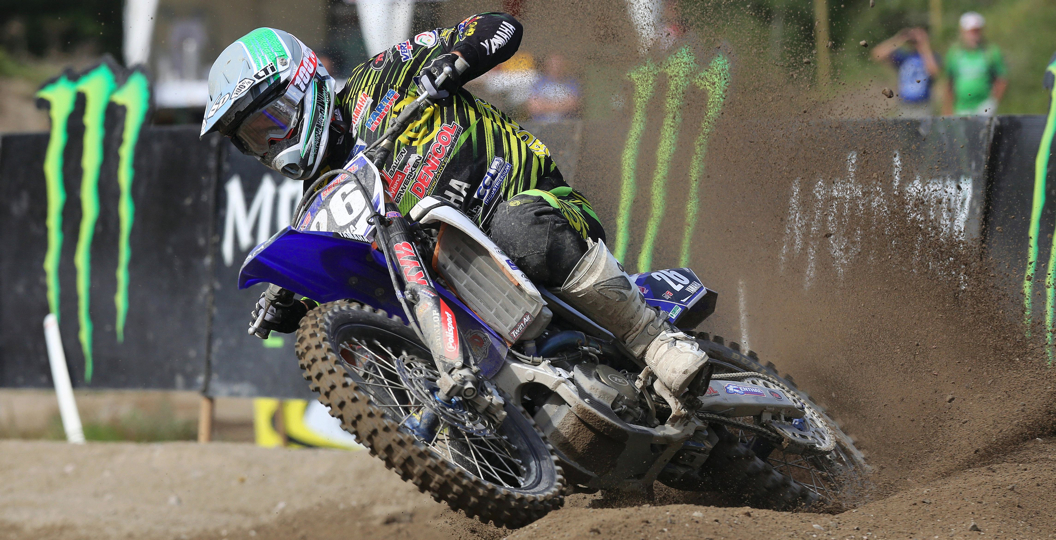 There were a lot of riders that stated that the Finnish GP was the toughest round that they have contested thus far this year, and unfortunately the track claimed a handful of riders. There is not just bad news this week though, as other intriguing news has emerged.

Luke Styke has had a turbulent season thus far this year, as the results that he expected to achieve in his rookie MX2 season have not materialised. Unfortunately, it does not look like he is going to have an opportunity to improve, as an injury may rule him out for the rest of the season. Styke was the rider that was down in turn one in the opening MX2 moto this past weekend, and initial reports suggested that he sustained a stretched shoulder joint. There has been no update as of yet, which leads us to believe that the situation has not changed.

Reports suggest that Luke will not be contesting the FIM Motocross World Championship in 2015, as he has some great offers back home in Australia. Although this is unconfirmed, it would not be surprising if it does play out this way, as he has seemingly struggled to adjust to life in Europe. Despite this, it would have been nice to see him have another season over here, as most thrive after they have one season under their belt.

When Damon Graulus crashed in the second MX2 moto on Sunday, it was clear that he was in some pain, as he sat in the middle of the track and looked dazed. It was later revealed that Damon sustained a dislocated elbow in the crash, which they popped back in at the medical unit at the track. However, the injury also caused damage to some of the ligaments and muscles, which has unfortunately ended his season.

Max Anstie also hit the Hyvinkää ground hard on Sunday, but he did not break any bones, fortunately. The Bike It Cosworth Yamaha rider did hit his head in the fall though, and the right side of his face swelled up as a result, which then in turn hindered his vision, hence why he did not show up for moto two. It is unknown whether he will line up at FatCat this weekend or not, although we suspect that he will.

Quietly, Malcolm Stewart has had a very solid season. Although he has had a handful of DNFs; he has been a consistent top ten finisher for the most part. Unfortunately, his season has been derailed somewhat, as he has to miss Millville due to severe dehydration that has taken its toll on his kidney and liver function. Malcolm will listen to the medical advice he received, and take a break to recover.

We finally have an official announcement! The Italian federation were the first to officially unveil their Motocross des Nations squad this past weekend, as they held a press conference at the Finnish GP to announce that Davide Guarneri (MX1), Antonio Cairoli (MX2) and David Philippaerts (Open) will represent their nation. Obviously the big news there is that Tony will be dropping down; he explained that it was the logical choice, as he has the best 250F at his disposal and he is the lightest of the three. It will certainly add some more excitement to the greatest race of the year!

The French were the next to drop a bombshell, as they will be taking three Kawasaki riders to the event; Gautier Paulin (MX1), Dylan Ferrandis (MX2) and Steven Frossard (Open) will represent their nation in Latvia. The two 450F riders are not too much of a surprise, but to pick Dylan over Marvin Musquin, Christophe Pourcel, Jordi Tixier and Romain Febvre was an interesting choice. It will be his first time at the event, so it is unknown how he will deal with the pressure to perform.

Jake Weimer just cannot catch a break, can he? Jake went down at High Point and injured his back, so he has been on the sidelines since then recovering from that. However, he is now ready to return (again) and will be on the line in Millville. There is a lot on the line for Jake, as he is trying to prove himself to the top teams for the 2015 season. It seems there will be no room for him at Monster Energy Kawasaki, and reports suggest that no other factory squads are really interested. So, he will be undoubtedly be going all out at these final five rounds.