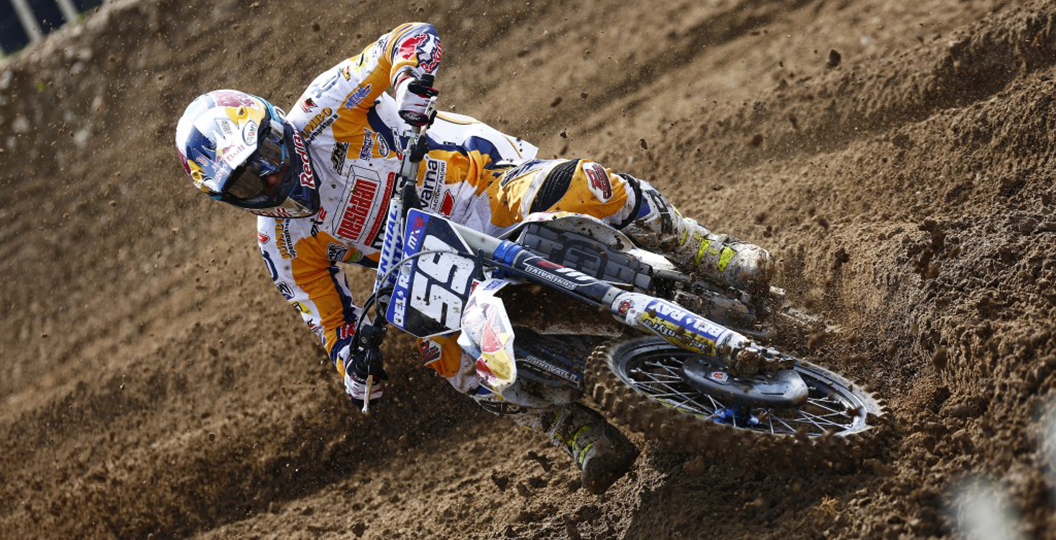 Unsurprisingly, it was announced at the French GP that HRC has signed Tim Gajser for another two years. The Slovenian will continue to ride out of the Gariboldi awning in that time, as he has done so far this season. Tim was considered one of the hottest properties in the MX2 class, following his overall podium at the British GP, and we are led to believe that many factory teams were jockeying for his signature. This signing reinforces the fact that HRC are serious about motocross, and looking to get back to their winning ways.

Xavier Boog was slowly making progress each week aboard his 24MX Honda. In fact, he appeared to be inching closer to a top five finish. However, his progress has been halted now, as he crashed at his home GP this past weekend, and fractured his C7, T3, T4 vertebrae. Fortunately, there is no further damage and he will not require any surgery. There is currently no timeline on his return, although we expect him to return in the latter part of the 2014 season. Get well soon, Xavier!

You may have noticed that Shane McElrath was missing in action at Hangtown this past weekend. The Troy Lee Designs Lucas Oil Honda rider crashed mid-week and was very sore heading into the second round. Although he tried to ride the  practice sessions, it proved to be too painful. McElrath even had to have his back drained by the Asterisk Mobile guys on Saturday morning! Anyway, the plan is for him to ride this weekend at Thunder Valley. Quietly, he is having a consistent rookie season, although there have been no spectacular finishes, he has been a constant top-ten threat.

Elliott Banks-Browne is back on a bike! Following his FatCat injury at the end of April, EBB has had a few different issues to contend with. Although he attempted to ride in the middle of May, he ended up doing even more damage. So his return to racing has been pushed back to the end of this month, because of this. Banks-Browne had this to say in a PR: “the plan is to resume my full gym programme over the next couple of days and to be back on a bike over the weekend.”

Amazingly, Aleksandr Tonkov suffered a concussion and a shoulder injury in the second moto at the French GP, but he still finished the race! Some tests with a doctor this week have revealed these issues, so he’s going to take a few days off, and then will decide whether to race Maggiora late next week. This brief hiatus may do him good – he has not performed as expected thus far. Although, he will surely want to return to action at the track that was kind to him in 2013.

Matt Goerke was a standout star during the 2013 season, but, unfortunately a series of injuries mean that he has been forgotten about this year. The BTO Sports KTM rider broke his finger at Anaheim 1, and then continued racing through the pain in the following weeks. However, it obviously hindered him in the results. When he was back to one-hundred percent, he suffered another cruel twist of fate, as he suffered a bad break of his elbow. However, he has recovered from that now, and will return this weekend at Thunder Valley.

Kawasaki is the only manufacturer that has not yet revealed the details of its 2015 model line; the rest of the “big five” have now released details. So, you can find out about the new Yamaha’s, Honda’s, KTM’s or Suzuki’s by clicking on the various links. Of course, when Kawasaki do release information, you will find it on MX Vice.