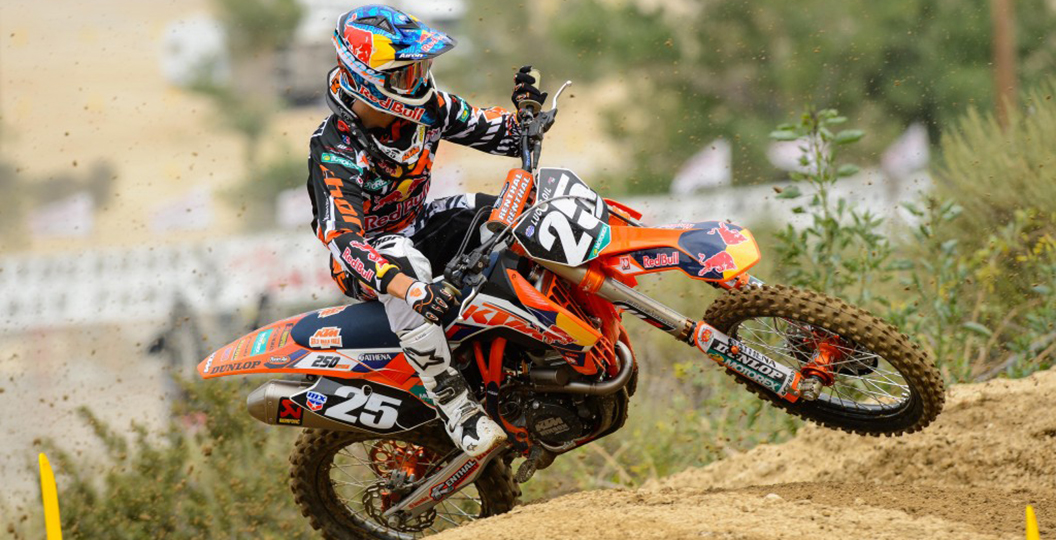 Dean Wilson has had a handful of injury riddled seasons, unfortunately, and his luck is not going to turn around anytime soon, as he is going to be on the sidelines for a month at least. In the second moto at Glen Helen, Dean’s bike was cutting out a lot, and at one point it caused him to crash coming downhill – he then tore his knee open. Although no ligaments or tendons were damaged, he still had to have surgery to clear up his deep wound. There is no timetable on his return at the moment, although you will not see him back on-track for a little while.

Zach Osborne was in a similar boat to Dean Wilson, heading into the Lucas Oil Pro Motocross series – he really needed to have a good, injury-free season. However, he too is now out of action; he fell in the first turn of moto two, and injured his thumb. Specifically, he tore a ligament, so he will have surgery and be out of action for a minimum of eight weeks. Of course, this means he will miss a majority of the season, unfortunately. The crash that he was caught up in also claimed Anthony Rodriguez, who suffered a concussion. The time that he will have to miss has not been confirmed, yet; I would bet that you won’t see him until after the first break, though.

Unfortunately, Marvin Musquin did not have a very successful return to racing on Saturday, as he dislocated his shoulder. Fortunately, he managed to push through the pain, and record a tenth and an eighth in the two motos, which kept his title hopes alive. However, the coming weeks are going to be difficult for him, as he will be in damage limitation mode. He will have to ensure that he sustains no further damage as well, as we have seen that even the slightest knock can be disastrous.

Finally, some 2014 team news is starting to filter through! It was revealed last weekend that the Rockstar Energy Racing team will be switching to Husqvarna next year, and Jason Anderson will be making the change with the squad. The news was not too shocking, as it was well known that the Bobby Hewitt owned team would be the ones to change. Anderson is going to be aboard the 450F, and rumours suggest that he will be joined by a 450F teammate, and two 250F guys. There are a few riders that are linked to the spot; Justin Hill and Zach Osborne are among them.

The Standing Construct KTM team have extended their agreement with Damon Graulus, it has been revealed. The team and Damon have been together for a while, so it comes as no surprise that they’re going to continue their relationship. It hasn’t been confirmed how long the deal is for, but Tim Matthys (the team manager) stated that “by offering him a long term contract, we want to create a comfort zone for him, which will enable him to focus only on his racing.”

Speaking of the Rockstar Energy Racing crew, one of their riders will finally return to racing this weekend. After missing the whole of the Monster Energy Supercross season, Joey Savatgy was originally going to return at Glen Helen. However, he fell just a couple of days before the opener and was too battered and bruised to race. He will be lining up this weekend though, for the first time in the Rockstar colours. Joey has almost missed a full year of racing, as he missed the latter part of last year with injury, too.