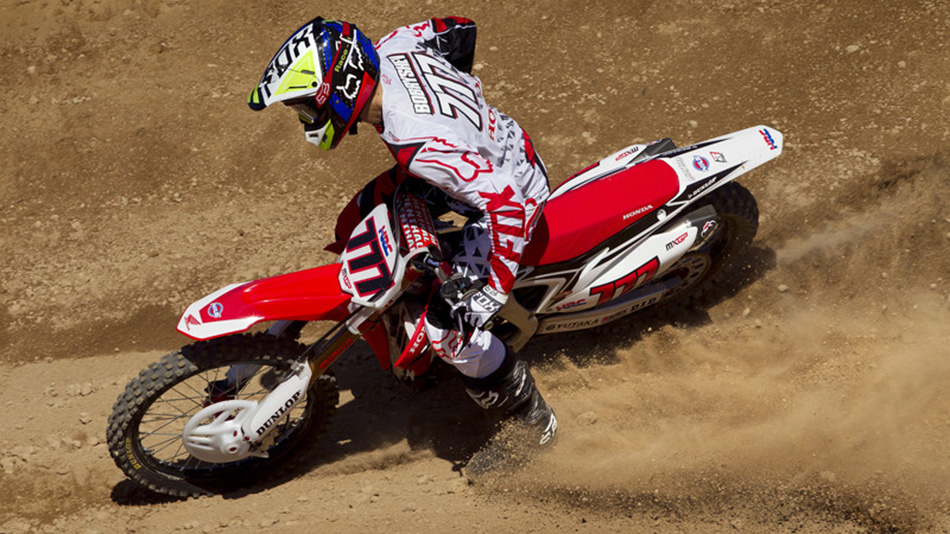 Welcome to another edition of the MX Vice ‘Weekly Wrap Up’. Unfortunately, the injury bug has bitten a few guys in the last week – we have more on that below, as well as all of the news that has emerged from the world of motocross this week. So without further ado, let’s jump into it!

Undoubtedly, Tommy Searle is one of the most popular riders in the MXGP pits. So, a lot of fans were left heartbroken on Sunday, when he broke his wrist. Searle had surgery on Monday in Thailand, and arrived back in the UK yesterday. Now, he will begin the recovery process, which will take  six weeks. In the meantime, Herjan Brakke will replace him in Brazil. We will keep updating you on his progress in the coming days.

Tanel Leok has struggled at the opening rounds of the FIM Motocross World Championship, as his results have been lackluster. However, there is a reason for this, which a lot of people do not know. Prior to the start of the season, Tanel sustained a leg injury, which he thought was a torn ligament at first. But, it turned out to be a dislocated left knee – he is toughing it out at the moment, which is extremely difficult. Obviously the two-week break will be beneficial for him, but he will be struggling with this for a while.

Evgeny Bobryshev has been struggling with an injured ankle since the beginning of the season, unfortunately; this has clearly hindered his performance on-track. So, the Russian has taken advantage of the break in the MXGP calendar, and had surgery on his ankle earlier this week. Fortunately, Evgeny will be able to race at the GP of Brazil – this is the plan at the moment. However, he is going back to the doctors every couple of days to check the progress of his injury.

You may have noticed that there were a handful of riders that did not race Daytona this past weekend. Eli Tomac, Weston Peick and Kyle Chisholm all decided to sit out. Peick and Chisholm suffered shoulder injuries in the week, which proved to be too painful to ride with, but they did try. Tomac went down extremely hard in practice (you can find a video of his crash on his Instagram), and beat himself up, so he didn’t race in the night show. It turns out that ET re-aggravated his shoulder injury from earlier in the year, so he will not be racing this weekend either.

Unsurprisingly, Malcolm Stewart has been penalized for his actions at the Daytona SX; he slapped Barcia, after Justin took him out. The AMA issued this statement on the situation on Wednesday: “In light of the seriousness of these violations, and in recognition of the warning issued to Mr. Stewart for a similar violation that took place at the fourth round of the championship on Jan. 25 in Oakland, Calif., Mr. Stewart has been fined $5,000 and placed on probationary status for the remainder of the 2014 Monster Energy AMA Supercross, an FIM World Championship, season.”

Maxxis British Championship, Round One – Landrake:

Here we go, ladies and gents! The Maxxis British Championship will fire into life on Sunday at the very popular Landrake track. For a full preview of both classes and some predictions, just check the features section of this site. Despite the recent bad weather, the circuit appears to be in great shape, which should make for some very entertaining racing. I believe that Shaun Simpson and Mel Pocock will be the favourites for the wins in the MX1 and MX2 classes. But, there is a long list of contenders that will be nipping at their heels. On Sunday, the first moto will begin at 12:15pm.

The Monster Energy Supercross series will return to Detroit this weekend, for the first time since 2008. Interestingly, the track will go up into the stands, which will add an extra factor to the race. In the 450SX class, Ryan Villopoto will be looking to build on the momentum that he has gained in recent weeks; there is no denying the fact that he currently has the title fight under control. At this point, Ryan Dungey and Ken Roczen seem to be the only riders capable of stopping RV from picking up a fourth consecutive title. So, they certainly need to start clawing back some points.

In the 250SX East class, Adam Cianciarulo has continuously built on his points lead, by riding smart and posting solid results each week; he has not dropped out of the top two yet! Adam looks like a wily veteran out there, which is certainly not stereotypical of a rookie. Martin Davalos is still right there though; the standings could quite easily flip this weekend. Blake Baggett is not out of this thing yet, either!

There are only a couple of races left in the Amsoil Arenacross series now, and the title seems to be coming down to either Zach Ames (the current points leader) and Tyler Bowers. Tyler seemed to be out of it, but he turned it around this past weekend, and is now just three points down on his teammate. I could try to make a prediction, but the points will probably be turned upside down again in Hidalgo this weekend!