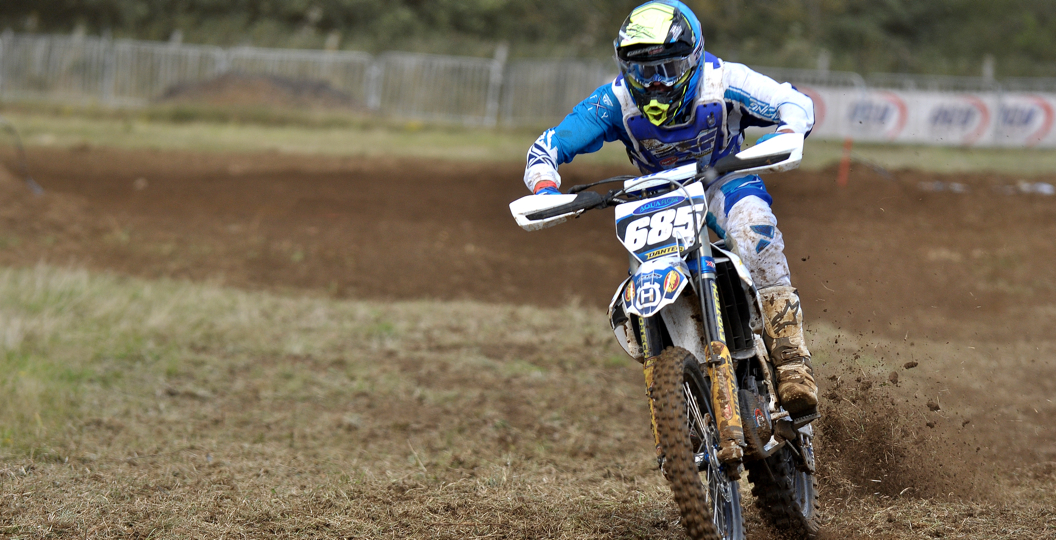 Watson returns to the top step

Dantec Husqvarna UK returned to Culham for the second time this year this past weekend, as the scenic venue hosted the sixth round of the inaugural MX Nationals series. With all three riders present, it was a busy weekend for the squad!

Nathan Watson rocketed out of the gate in the opening MX1 moto on the Saturday, using the power available to him on his Dantec Husqvarna UK machine. Despite pressure being applied from his rival, Nathan maintained a gap for the duration and eventually took a strong win. It was another dominant display for the series leader, who has controlled the standings since the first round back in March.

Nathan had another positive start in the second moto on the Sunday, as he moved into the runner-up spot quite quickly and immediately tried to run down the leader. Nathan continued to push for the duration of the moto and set the fastest lap of the race. However, he came up just short this time around and had to settle for a second.

The final moto of the weekend started in a similar fashion, as Watson was again in second early on. After stalking the leader for ten laps, he stormed through to take the lead and then pulled away with ease, proving just how strong he is. This win handed him the overall victory, his fourth of the season. Nathan also extended his advantage in the series standings, as he now leads by thirty-four points with just two rounds remaining!

Steven Lenoir had to dig deep in the MX2 class after struggling with an illness all week, although this didn’t stop him from stealing a win in moto two. In the opening moto, Steven started tenth and pushed forward; he eventually moved into seventh on the last lap, to salvage a good amount of points. The second moto was much better for Lenoir, as he started inside of the top three and inherited the lead early on; he maintained a comfortable advantage for the duration, and eventually took the victory by eight seconds.

Lenoir had another strong start in the third and final moto, as he exited turn one inside of the top three. Unfortunately a freak mechanical issue ended his race prematurely and left him with no points. This issue left him seventh overall at the end of the weekend, but he still holds third in the championship, despite missing a round with injury earlier in the season.

MXY2 rider Tony Saunders had a turbulent weekend. Tony started the weekend with a pair of elevenths in the stacked field, but he then unfortunately crashed out of the third moto and suffered a concussion as a result. Consequently he did not race the final moto.

The next outing for the Dantec Husqvarna UK team will be the seventh MX Nationals round at Preston Docks in two weeks.

Nathan Watson: “Culham was a great weekend for me! I had a tough round of the British Championship at Cusses Gorse, where bad starts led to bad results. I worked hard on my weaknesses during the gap between Cusses and Culham and it really paid off. I enjoyed the track and got good starts; I was also more aggressive and this helped. I extended my championship lead and I’m looking forward to Preston Docks for the next round.”

Tony Saunders: “Qualifying wasn’t too bad with an eighth, but in the first race I was around sixth and got arm pump from lap two. I couldn’t hold on, so went back to eleventh. In the second race I got another eleventh, which wasn’t good. I was running around sixth or seventh again in the first race on Sunday, but went down hard and landed on my head, which gave me a concussion and a very badly bruised hip/leg. So I didn’t race the last moto. Certainly a weekend to forget!”