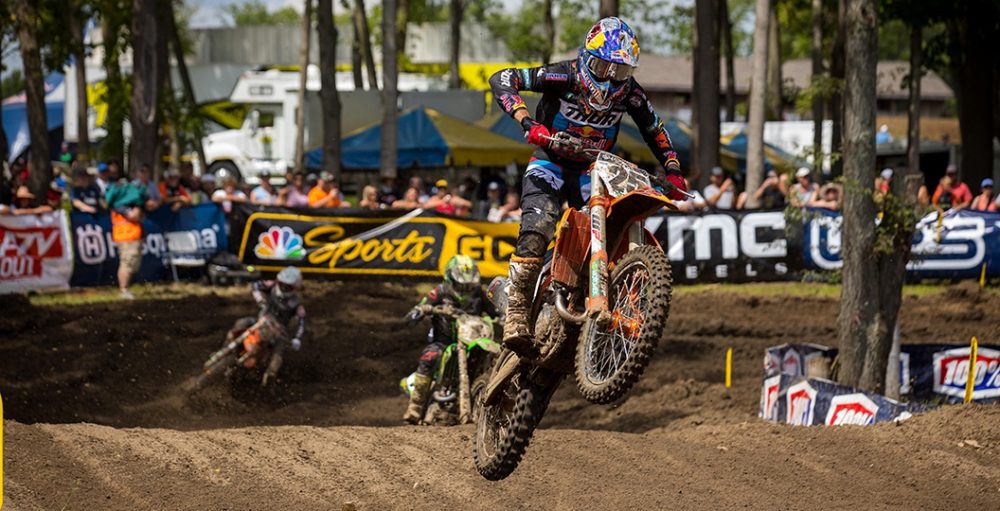 Imagine how good it’d be to have a professional race on a Friday afternoon? Well, believe it or not, that is going to become a reality today. The fourth round of 2020 Lucas Oil Pro Motocross is going to be run at RedBud in just a couple of hours, but how can you actually watch that? All of the information that a fan needs is below, including time differences and the links. If you have a specific question then contact us on social media (motocrossvice on Twitter) and we will help out.

It’s incredibly easy to tune into the fourth round of the 2020 Lucas Oil Pro Motocross series – the programme is actually identical to Ironman last weekend. Those at Red Bud, which is up the road from South Bend, are five hours behind the United Kingdom (six hours behind mainland Europe). The first 250MX moto will start at 18:15, bearing that in mind, and the final 450MX moto will finish at 22:00. It’s also worth noting that the qualifying stream will begin at 15:10 in the UK – that features the second timed sessions.

How do you actually watch the racing? You can pay to watch on NBC Sports Gold, a service that is flawless for the most part. You can do that on this link, which is the international version of the streaming service. You get access to all of the motos for $54.99, which converts to roughly £42.00. It’s a pretty good deal and, hey, it is racing! If you make an account now then you will get access to all of the motos that have been run thus far, so it’s not like you have missed out on anything.