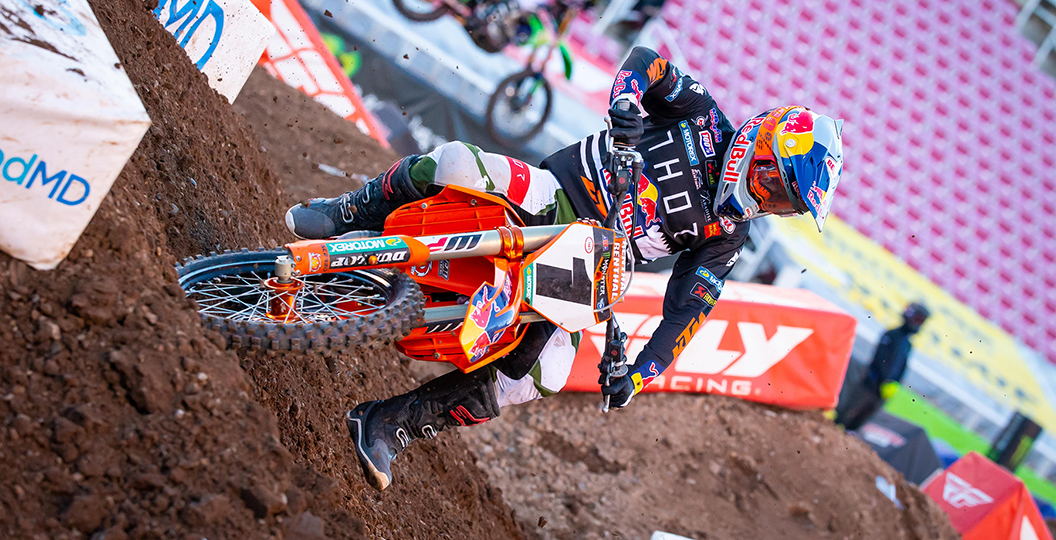 The end is near. Three 2020 Monster Energy Supercross champions will be crowned at Rice Eccles Stadium on Sunday afternoon, so Salt Lake City 7 is going to be one heck of an event. The best news is that the event will be held at a much earlier time, meaning that it will be no hassle at all for international fans to tune in. That is incredible news, considering how difficult that has been with the last couple of races.

Will Eli Tomac cruise towards the premier-class title without encountering any issues? Is Dylan Ferrandis going to be able to stop the charge that Austin Forkner has been on lately? Will Chase Sexton continue to establish his dominance over Shane McElrath? There are so many unanswered questions, so it is worth settling down in front of a screen on Sunday. If you have questions about the schedule, contact us on social media (motocrossvice on Twitter).

Utah is on the west coast of the United States, as everyone is aware, which would typically mean that European fans have to stay up until the early hours of the morning to catch a glimpse of the live action. The finale will follow a daytime schedule on Sunday though. The race programme will kick off at 20:00 in the United Kingdom and 21:00 in mainland Europe – that will then span across three hours. Qualifying will begin at 17:30 (UK time) and 18:30 in the rest of Europe on the same link.

How do you actually watch the racing though? Payment is required on HERE – it’s worth it though. The service is just flawless. Access to timed qualifying, archive footage, bonus videos and more is included in the price. It’s a pretty good deal and worth it for the hardcore fans. Watching it live isn’t a requirement either – wake up the next morning and the footage will be ready to go. It’s likely that most will want to tune in to see what goes down as it happens though, as there are three titles on the line.

There is great news for American viewers, as the NBC Sports Network will carry live coverage for the first hour and then the rest will be live on NBC. That will begin at 15:00 EST/12:00 PST. The switch to NBC will take place at 16:00 EST/13:00 PST. Got that? Good. The whole programme will also be available on the NBC Sports Gold app (HERE) at a price too. Qualifying will only be available via that online service, and will begin at 12:30 EST/09:30 PST.