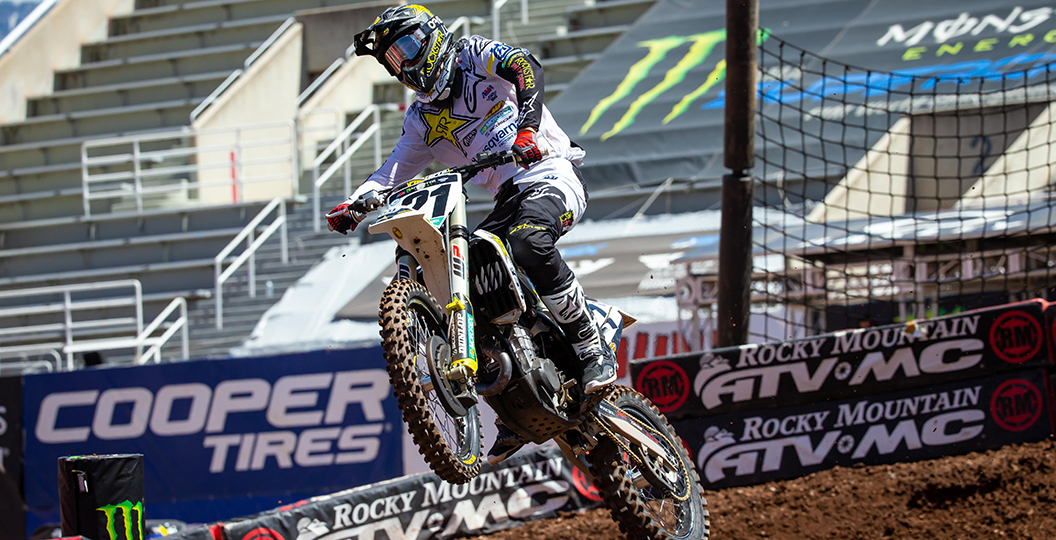 Hey, race fans! Get ready to tune into yet another round 0f 2020 Monster Energy Supercross. The penultimate round of the series will be run inside of Rice Eccles Stadium later today, and is particularly important. Eli Tomac could clinch the 450SX title in just a couple of hours, so surely you want to tune in to see history be made? Everything you need to know in order to do that is available below, as always. Contact us on social media (motocrossvice on Twitter) if you have any questions at all.

Salt Lake City 6 will follow exactly the same schedule as the last two races, which obviously means that the live stream will kick off at exactly the same time. Things will begin with the qualifying stream at 14:30 local time, which is 21:30 in the UK and 22:30 in Europe. That stream only covers the last set of timed sessions, so is not quite as extensive as the show that is run in normal circumstances. It is still well worth tuning into though.

The night show will then begin at 17:00 MDT (Mountain Daylight Time), which is 00:00 in the United Kingdom and 01:00 in the rest of Europe. That will start with the 250SX East heats – there’s action right out of the gate. The qualifying and race streams are both available on HERE. The only catch is that you have to pay in order to watch that. The service’s well worth it though, as it includes full replays of every single race.