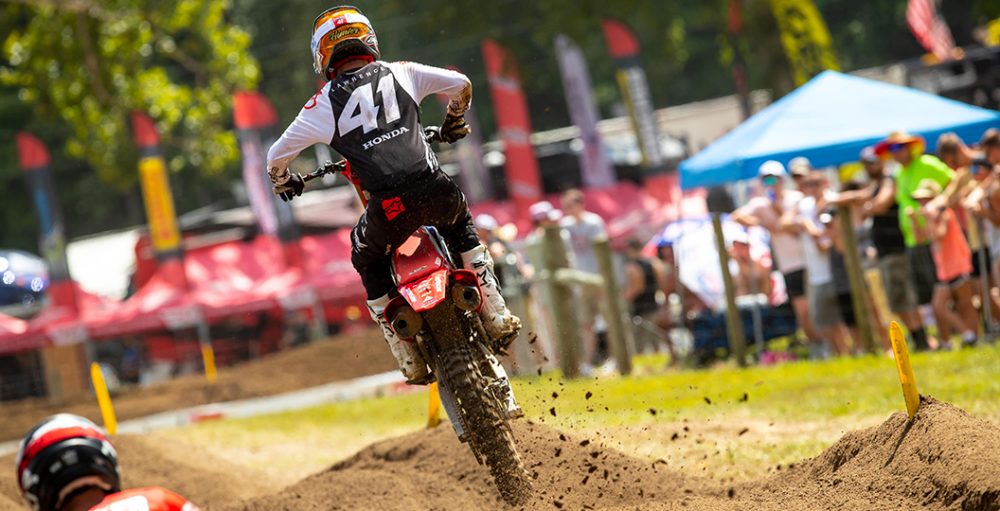 How To Watch: Fox Raceway 2

Watch Fox Raceway 2 this weekend! MX Vice will be providing details on how to watch every single round of 2021 Lucas Oil Pro Motocross before each event. Here’s information on how to watch Lucas Oil Pro Motocross from Southern California on Saturday (round eleven of twelve). Got a specific question? Contact us on social media (that’s @motocrossvice on Twitter) and answers will be provided as quickly as possible. Watch Fox Raceway 2 on Saturday, September 04.

Times will change for each round, so keep checking back to MX Vice throughout the season. This page will be updated if you need to know anything else to watch Fox Raceway 2 live this weekend. Additional information for the eleventh round of 2021 Lucas Oil Pro Motocross (entry lists, timetables, weather forecasts and current points) can be found elsewhere on MX Vice.