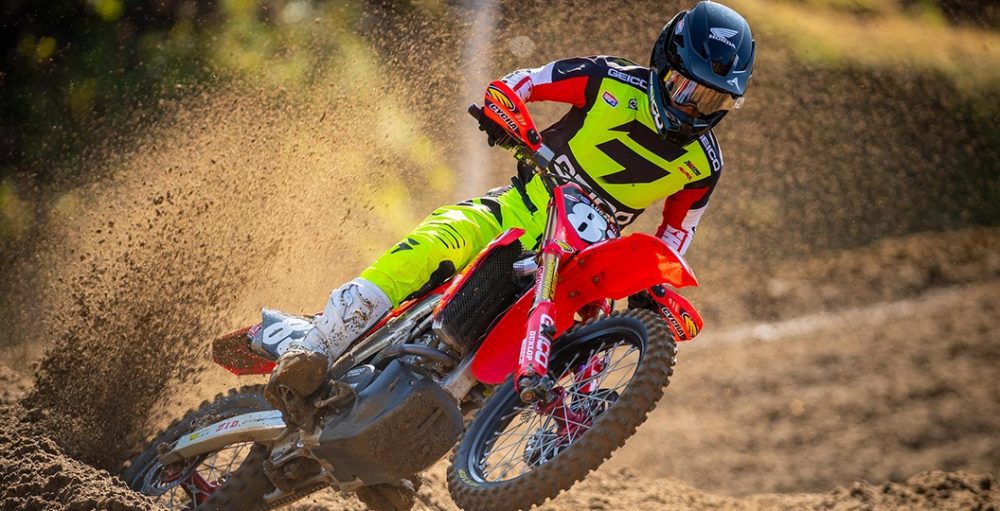 The 2020 Lucas Oil Pro Motocross series is heating up now, as both the 450MX and 250MX title fights tightened up in Minnesota last weekend. There’s absolutely no doubt that you will want to tune in to watch the seventh race at WW Ranch in Florida – all of the details you need in order to do that can be found below. Simple! If you have a specific question that needs to be answered, just contact us on social media and we’ll assist (motocrossvice on Twitter).

It’s going to be easy to watch the action from Jacksonville, Florida, even if you are trying to tune in from Europe! Those in Minnesota are five hours behind fans in the United Kingdom, which means that the stream of qualifying (that covers the second timed sessions) begins at 15:10 in the UK and 16:10 in mainland Europe. The opening 250MX moto will start at 18:00 in the UK, then the final 250MX moto will begin at 20:00. The 450MX motos are run straight after the 250MX races. Watch the races via this link, which costs $54.99 – that’s roughly £42.00. The stream is effectively an hour earlier than it was last week for European fans.

The NBC Sports Gold app will work wonders for American fans as well, but you just have to use this link instead of the one above. All of the motos will be live on that subscription service. The opening 250MX and 450SX motos will be live on MAVTV as well, for those who would rather watch it on cable. The very first moto will start at 13:00 EST. The second races will only be live on NBC Sports Gold, but NBC Sports will carry delayed coverage late on Saturday evening. It’s all very similar to a week ago.