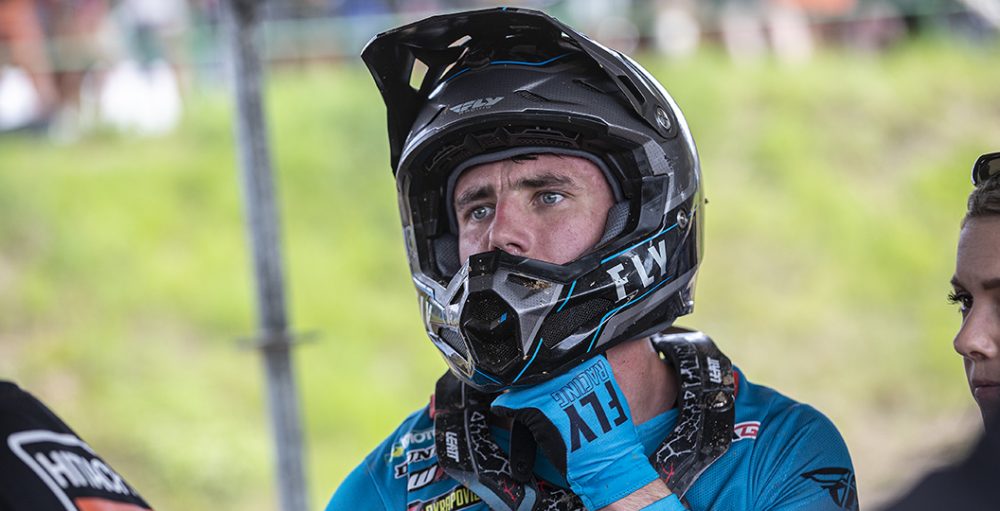 This has been a brilliant term for Infront Moto Racing and all involved in the FIM Motocross World Championship. Following a couple of injury-riddled seasons, all of the contenders have stayed healthy over the last four months for the most part. The result of that is an absolutely incredible title race! Who is missing in action, entering round thirteen of the current campaign? This MX Vice feature covers the latest injury news from the paddock, positive and negative!

In: MXGP of Spain

Miro Sihvonen: Miro Sihvonen has had so many issues this season. First it was his dislocated shoulder over in Russia and then it was revealed that he had a stress fracture in his ankle, which was a bigger issue. Sihvonen then tested positive for COVID-19 before the Grand Prix of Belgium and dislocated his shoulder shortly after. Finally, he was forced to skip the MXGP of France as he was fighting Mycoplasma. Sihvonen will return in Spain.

Lorenzo Locurcio: Lorenzo Locurcio broke his nose twice within four weeks, incredibly, and was dealing with four cracked ribs, hence why he was not present at Grands Prix in Germany and France. Locurcio got back on a bike just six days ago, but will attempt to race at this weekend’s Grand Prix of Spain. Locurcio last raced at the Motocross of Nations.

Out: MXGP of Spain

Taylor Hammal: Taylor Hammal suffered a broken arm and dislocated wrist in a hard fall at the Grand Prix of The Netherlands. Hammal is starting to get back on a bike now, at long last, but the positive news is that he is on a multi-year deal with Bike It DRT Kawasaki and will return to Grand Prix competition next year.

Adam Sterry: Adam Sterry broke a metacarpal in his hand at the Grand Prix of Germany, after getting wayward in the first moto, and is out of the remainder of the 2021 FIM Motocross World Championship. Sterry has not got a contract at the time of writing.

Jordi Tixier: Jordi Tixier has been missing since the Grand Prix contingent reconvened after the summer break, as he has been dealing with pain in his wrist that ultimately required surgery. Tixier is days away from getting back on a bike – racing again this season is questionable at this point.

Ivo Monticelli: Ivo Monticelli first dislocated his shoulder at the Grand Prix of Flanders-Belgium, but it became a recurring problem after that. Corrective surgery was performed at the end of September – he will miss the rest of the current season. Monticelli does not have a contract for the 2022 FIM Motocross World Championship.

Mitch Evans: Mitch Evans is still struggling with the wrist injury that he sustained at the Grand Prix of Spain in October 2020 – he underwent his last surgery in Australia in July. Expect him to return to Europe in the next month, but not to get on a bike. Riding motocross is a while away yet! Evans has a HRC contract for 2022.