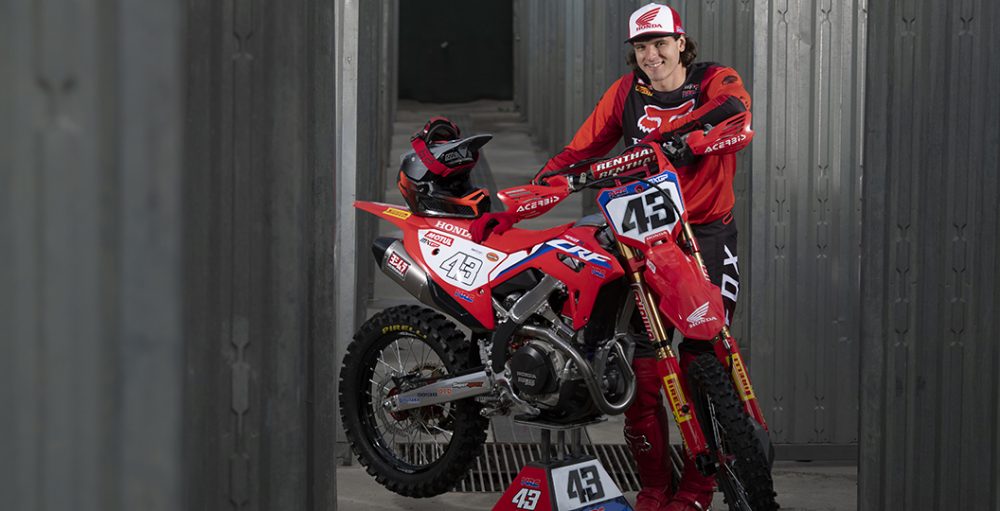 The 2021 FIM Motocross World Championship is set to fire into life at Orlyonok in Russia on Sunday. Sadly, not everyone made it through the off-season in one piece and multiple guys are set to sit out the first event of the new campaign. Updates on all of the injured riders, both returning and sidelined, can be found below. This regular MX Vice feature will be published on the day before each Grand Prix this season. Got a question about a specific guy? Contact us on social media (motocrossvice on Twitter).

Antonio Cairoli: Antonio Cairoli suffered a small palm injury at home a week ago, hence why he did not do both motos in Italy last weekend. Cairoli is ready to go in Russia though! It is worth noting that he also had surgery on his knee in the off-season.

Stephen Rubini: Stephen Rubini broke a vertebra and damaged nerves in his right shoulder in March – he has been back on a bike for more than a month now though and will race at the Grand Prix of Russia. Rubini will be the only Assomotor Honda rider present in Russia.

Jago Geerts: Jago Geerts had a scare in France last weekend, as he twisted his knee and his status for Russia was immediately thrown up in the air. His physiotherapist has advised that he will be able to ride on Sunday – it is all systems go.

Mitch Evans: Mitch Evans is still struggling with the wrist injury that he sustained at the Grand Prix of Spain in October 2020. That has been a constant issue and, yeah, do not expect to see him sat on the line anytime soon.

Brian Bogers: Brian Bogers had been dealing with tendinitis in his arm recently, so went under the knife a couple of weeks ago to have the issue fixed. Bogers expects to return at the Grand Prix of Great Britain in two weeks.

Jimmy Clochet: Jimmy Clochet hurt his shoulder in the crash at Mantova at the end of March (unbeknownst to him) and had to rest it for a couple of weeks, under orders from doctors. Clochet is only out of the season opener currently, as he is back on a bike, so expect to see him at the Grand Prix of Great Britain.

Benoit Paturel: Benoit Paturel had COVID a couple of weeks ago and, although he has recovered, it has had quite an impact on his breathing. Paturel was even hospitalised earlier this week, so will be taking the time to figure that situation out.

Brian Bogers: Brian Bogers had been dealing with tendinitis in his arm recently, so went under the knife a couple of weeks ago to have the issue fixed. Bogers expects to return at the Grand Prix of Great Britain in two weeks.

Gianluca Facchetti: Gianluca Facchetti had surgery on what he described as a small hand injury just a couple of weeks ago but is also aiming to return at the Grand Prix of Great Britain. It does not seem like he is back on a bike yet though.

Bas Vaessen: Bas Vaessen had a hard hit at a British event at the beginning of May and suffered multiple broken vertebrae. Vaessen is back in The Netherlands now and focussing on rehab to “get back an independent life again.” Everyone at MX Vice wishes him the very best.