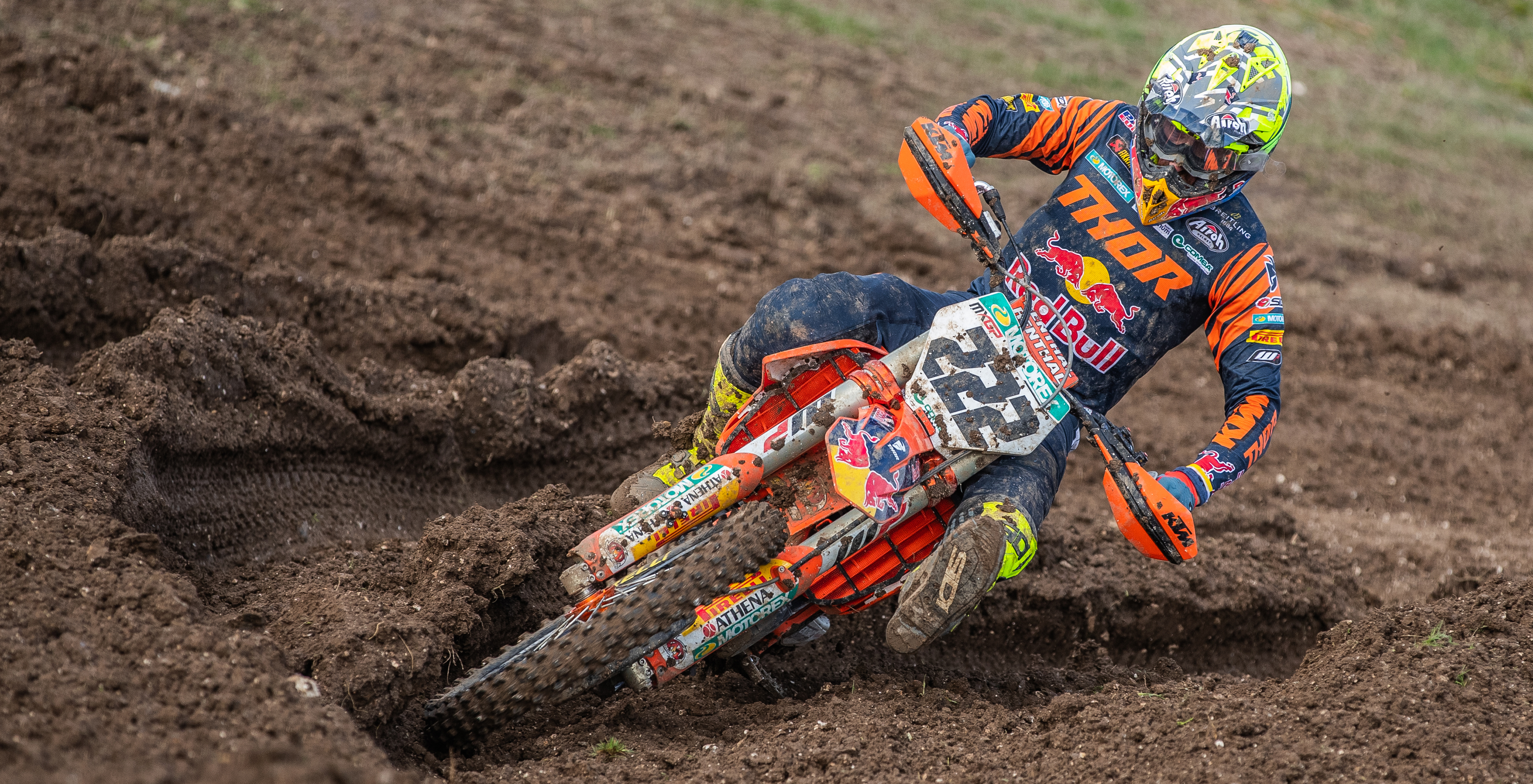 The 2020 FIM Motocross World Championship is off to a rocky start for some competitors, as injuries are beginning to take their toll across the paddock. There are some who are fighting through, like Antonio Cairoli, and others who have already seen their title aspirations take a significant knock. Who is actually going to be forced to miss the Grand Prix of The Netherlands? A complete list of rider updates can be viewed below.

Antonio Cairoli: Antonio Cairoli’s confirmed that he sustained a second-degree PCL tear in his knee a week before the Grand Prix of Great Britain. It is far from ideal, but he is strapping the knee up and going racing each week. It shouldn’t be too much of an issue moving forward.

Artem Guryev: Artem Guryev, third rider on the JM Racing Honda team, missed the Grand Prix of Great Britain because of a concussion that was sustained in the off-season. Guryev will return to racing this weekend and join teammate Benoit Paturel beneath Jacky Martens’ tent.

Jere Haavisto: Jere Haavisto sustained a back injury in the off-season and was forced to miss the Grand Prix of Great Britain. Haavisto will join the JK Racing Yamaha this weekend though, as he has been deemed fit enough to compete. Haavisto started riding again a few weeks ago.

Julien Lieber: Julien Lieber has been dealing with a small wrist injury recently and underwent a small surgery on Tuesday to fix the issues. It has been confirmed that he’ll miss the first three rounds, because of that, but he should be back in April. The Grand Prix of Trentino is realistic.

Iker Larranaga: Iker Larranaga had a horrific crash at the very end of the second moto at the Grand Prix of Great Britain and sustained a fractured T7 vertebra, as a result. There is no timeline on his recovery but he does not need any surgery, so that is good news.