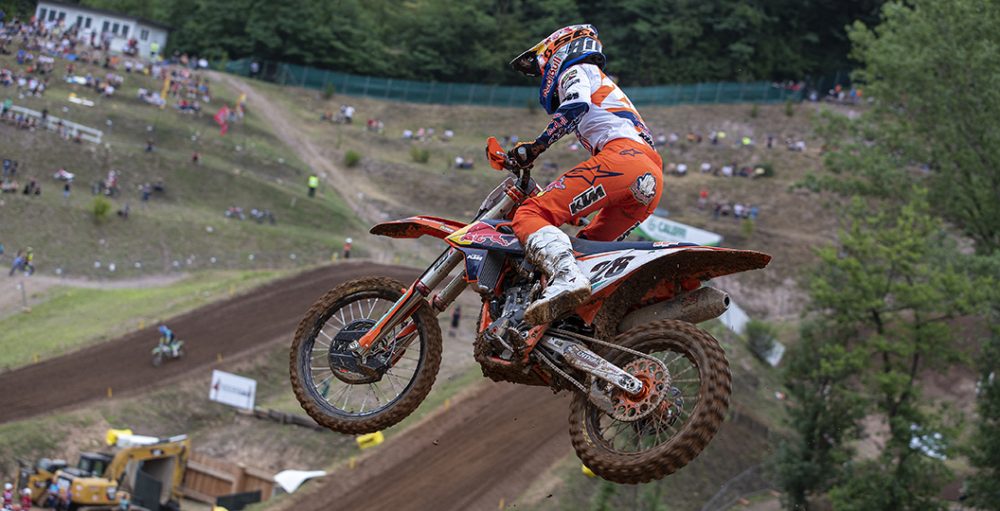 The 2021 FIM Motocross World Championship is set to begin a furious four-week run of events this weekend, as round four will be run at the new (to the Grand Prix schedule) circuit of Oss in The Netherlands. The week off that was just enjoyed by the paddock allowed some to heal, whilst others came up just short in their race against the clock. The latest on the injured riders in the MXGP and MX2 classes can be found below.

Miro Sihvonen: Miro Sihvonen popped his shoulder out at the Grand Prix of Russia, but that was not too much of an issue. A stress fracture in his ankle, which took a while to diagnose, has been the reason for his lack of track time at the first three rounds. Sihvonen will try to race at this weekend’s Grand Prix of The Netherlands.

Tom Vialle: Tom Vialle’s race against the clock, ahead of the Grand Prix of The Netherlands, has not quite gone to plan, as he will miss round four of the current campaign and give up even more points to his competitors. Vialle is dealing with a small break in his right hand, sustained three weeks ago now, but returning for the Grand Prix of Czechia next weekend is still a priority.

Mitch Evans: Mitch Evans is still struggling with the wrist injury that he sustained at the Grand Prix of Spain in October 2020 – he underwent another surgery in Australia on Friday. Expect him to be out for the next two months at the very least. Three months is the most likely. Team HRC released this detailed report on his condition last month.

Benoit Paturel: Benoit Paturel had COVID a couple of weeks ago and, although he has overcome the illness, it has had quite an impact on his breathing. Paturel was even hospitalised earlier this month, so he will be taking his time to figure that situation out. There is currently no timeline on his recovery – this is obviously an unprecedented situation.

Michele Cervellin: Michele Cervellin has been struggling with an old wrist injury for some time, but is edging closer to his return now that he is back on the CRF450R. This weekend’s Grand Prix of The Netherlands was slated as the event that he would return at a couple of weeks ago – it seems as though it is going to take a bit more time though.