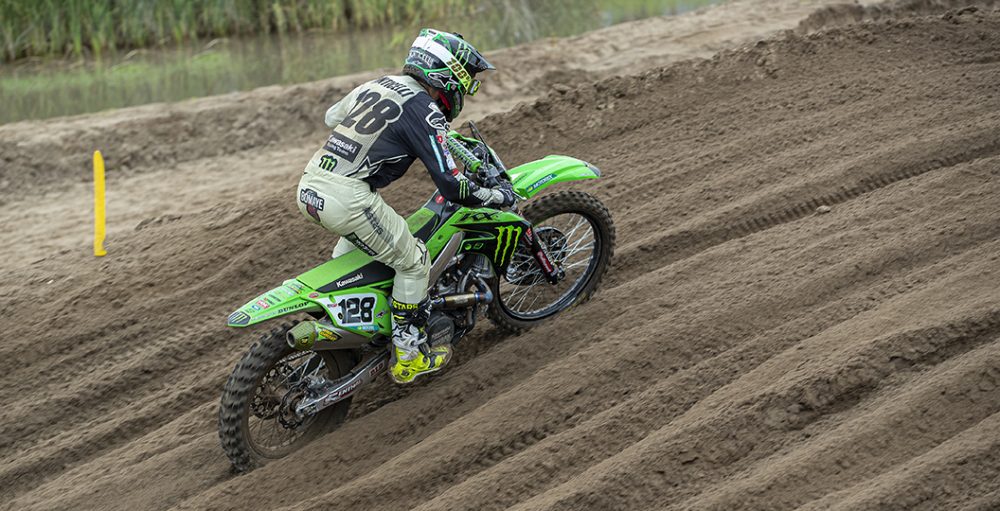 There has not been much movement on the injury front over the last seven days, which is great news. The bottomless sand of Lommel did not claim anyone! Updates on the injured riders in the 2021 FIM Motocross World Championship can be found below. Jeffrey Herlings is not listed here, because it is a given that he is going to race at the Grand Prix of Latvia. The fight with a fractured shoulder blade will continue on for one more week!

Ivo Monticelli: Ivo Monticelli fell in the second corner at the Grand Prix of Flanders-Belgium on Sunday and did not even try to re-join the race. Monticelli popped his shoulder out in the fall, but it went straight back in, and he will attempt to get his season on track in Latvia this weekend. It has been a horrific term.

Brent Van Doninck: Brent Van Doninck crashed out of the first moto at The Netherlands, but scans did not show any actual injuries. It turns out that he broke a rib in the crash, however, and raced Lommel with that injury. Van Doninck will push through the pain barrier this weekend, then rest up in the four-week break.

Arnaud Tonus: Arnaud Tonus crashed before the Grand Prix of The Netherlands and sustained yet another concussion, so will take the necessary steps to get to full health. Tonus has suffered multiple knocks to the head in the last couple of terms. It is likely that he will return to action in Turkey in September – his YZ450F will be vacant this weekend.

Taylor Hammal: Taylor Hammal suffered a broken arm and dislocated wrist in a hard fall at the Grand Prix of The Netherlands. Hammal will miss a significant amount of time, but the positive news is that he is on a multi-year deal with Bike It DRT Kawasaki and will return to Grand Prix competition next year. A twelfth in a moto was a season-best finish for Hammal.

Miro Sihvonen: Miro Sihvonen has had so many issues this season. First it was his dislocated shoulder over in Russia and then it was revealed that he had a stress fracture in his ankle too, which was a bigger problem. Sihvonen has tested positive for COVID-19 now as well and will have to miss the Grand Prix of Latvia. It has been a rough road for Sihvonen – the four-week break will be an opportunity to reset.

Mitch Evans: Mitch Evans is still struggling with the wrist injury that he sustained at the Grand Prix of Spain in October 2020 – he underwent another surgery in Australia in July. Expect him to be out for the next two months, if not three, as this is not a simple situation. If the flyaway races get cancelled, it is likely that he will not race at all this year.

Benoit Paturel: Benoit Paturel had COVID a handful of weeks before the beginning of the season and, even though he has overcome the illness, it has had quite an impact on his breathing. Paturel is back on a bike and raced at a national event in France last weekend. The plan is for him to return to Grand Prix competition in Turkey.