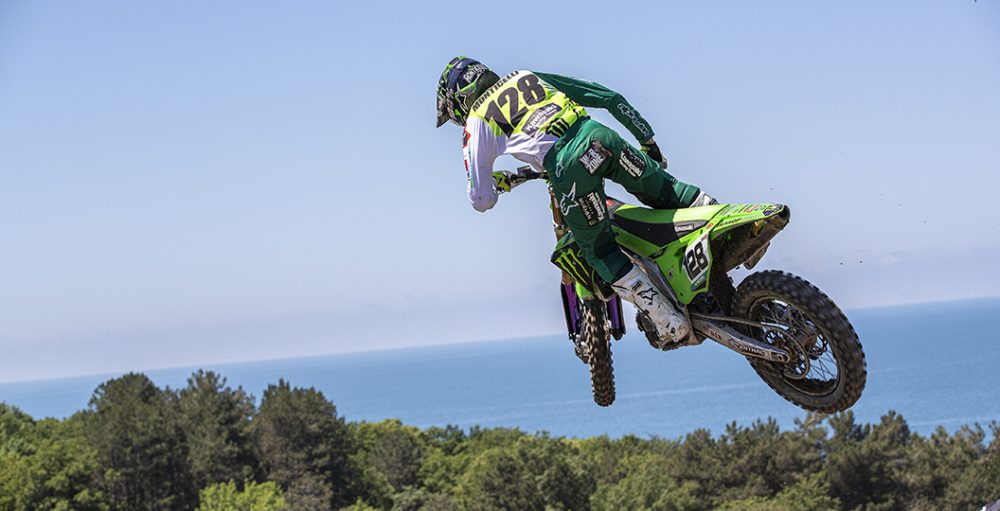 The MXGP and MX2 classes will receive a significant boost at the Grand Prix of Great Britain, round two of the 2021 FIM Motocross World Championship, as six riders are set to return from injury. This MX Vice feature is an easy way to find out who is in and who is out of Matterley Basin, as well as get the latest status on each rider.

Not only are there these riders returning from injury, others like Valentin Guillod and Petar Petrov will return to the track after missing the season opener. The provisional MXGP and MX2 entry lists are available elsewhere on MX Vice. Pair that information with the snippets below for a complete preview of what the starting lines are going to look like come Sunday.

Brian Bogers: Brian Bogers had surgery to fix the tendinitis in his arm a month ago – he is now back on the bike and ready to race at the Grand Prix of Great Britain. This will mark his international debut with Standing Construct GASGAS Factory Racing.

Alberto Forato: Alberto Forato suffered a ruptured ACL and fractured tibia back at the end of April but made his return to racing in Italy this past weekend. Forato is now set to make his MXGP debut this weekend (he made a late decision to ditch the 250F).

Jimmy Clochet: Jimmy Clochet took a handful of weeks off the bike in May, to repair the shoulder that was damaged in his crash at Mantova in March. Clochet will make his MXGP debut this weekend alongside Jeremy Van Horebeek on SDM Corse Beta Factory Racing.

Taylor Hammal: Taylor Hammal fell whilst on domestic duty on the first weekend in June – he only skipped two weeks and one Grand Prix event though. Hammal will make his full-time international debut on Sunday with the Bike It MTX Kawasaki outfit.

Gianluca Facchetti: Gianluca Facchetti had surgery on what he described as a small hand injury just a couple of weeks ago – he will make his MX2 debut on Sunday. This will also be his international debut with the Assomotor Honda squad.

Arminas Jasikonis: Arminas Jasikonis is going to return to the FIM Motocross World Championship for the first time since his horrific incident in Italy, a significant milestone for those who are close to him. Matterley Basin will be the starting point for his comeback.

Mitch Evans: Mitch Evans is still struggling with the wrist injury that he sustained at the Grand Prix of Spain in October 2020 – he is going to undergo another surgery in Australia. Expect him to be out for two months at least. Team HRC released this detailed report on his condition.

Benoit Paturel: Benoit Paturel had COVID a couple of weeks ago and, although he has recovered, it has had quite an impact on his breathing. Paturel was even hospitalised earlier this month, so he will be taking the time to figure that situation out.

Miro Sihvonen: Miro Sihvonen popped his shoulder out at the Grand Prix of Russia, but that is not actually an issue now. Instead it is his ankle, which was also damaged in Russia, which is forcing him to watch Matterley Basin from the sidelines.