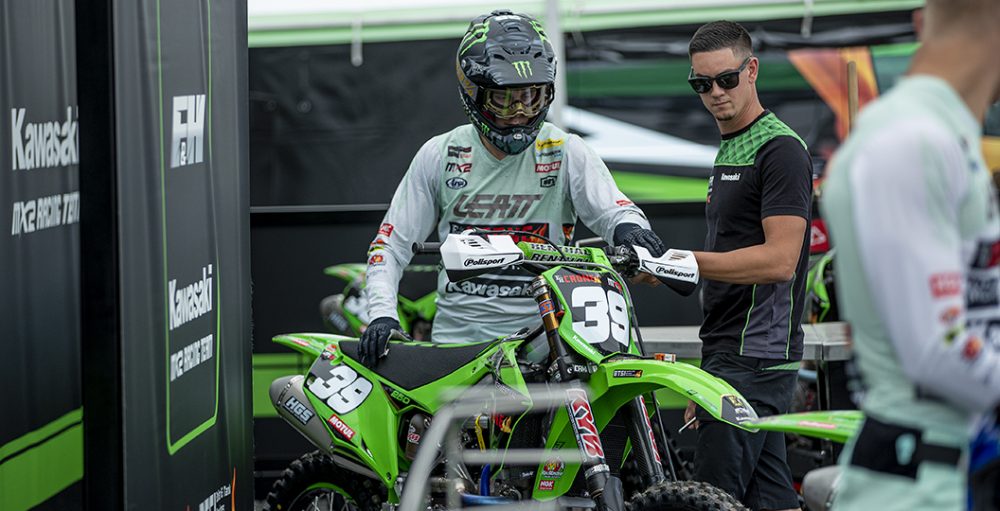 It was a fairly quiet start to the 2021 FIM Motocross World Championship, on the injury front anyway, but things have picked up considerably in recent weeks. Seven high-profile riders are nursing injuries and out of the Grand Prix of Flanders-Belgium. The brilliant news, however, is that three guys will attempt to return from injury in the deep sand. The latest updates on all of the riders can be found in this regular MX Vice feature.

Jeffrey Herlings: Jeffrey Herlings will race at this weekend’s Grand Prix of Flanders-Belgium. Simply incredible! Herlings practiced in The Netherlands today, Saturday, and determined that the shoulder is good enough to give it a shot. Damage limitation is the goal, as there is still a lot of pain and the joint is very sore. Time will tell.

“I rode the bike today and we’ll give it a go tomorrow. It’s still a bit sore. I’m 50 points down in the championship at the moment so tomorrow will be about damage control.”

Michele Cervellin: Michele Cervellin has been struggling with an old wrist injury for a while now, but will finally return to racing at this weekend’s Grand Prix of Flanders-Belgium. It’s no coincidence that this is the home event for the team. Cervellin is not exactly ready to race, so expect him to build himself up over time.

Brent Van Doninck: Brent Van Doninck crashed out of the first moto at the Grand Prix of The Netherlands, but did not sustain any actual injuries. Van Doninck attempted to race at last weekend’s event in Czechia – he was in far too much pain though and withdrew – and is back for another try at his home Grand Prix this weekend. There is no telling how this will go.

Ashton Dickinson: Ashton Dickinson crashed in the first turn in moto two at the Grand Prix of Czechia and was lucky to escape injury. Dickinson is battered and bruised, not ideal for this weekend’s circuit, so will miss round six of the 2021 FIM Motocross World Championship. The goal is for him to return at next weekend’s MXGB event in the United Kingdom.

Arnaud Tonus: Arnaud Tonus crashed just before the Grand Prix of The Netherlands and suffered yet another concussion, so will take the necessary steps to get to full health. Tonus has suffered multiple knocks to the head in the last couple of years. Todd Kellett will ride his vacant YZ450F in the sand of Lommel. It is likely that Tonus will return to racing in Turkey.

Taylor Hammal: Taylor Hammal suffered a broken arm and dislocated wrist in a horrific crash at the Grand Prix of The Netherlands. Hammal will miss a significant amount of time, but the good news is that he is on a multi-year deal with Bike It DRT Kawasaki and will return to Grand Prix competition next year. A twelfth in a moto was a season-best finish for Hammal.

Miro Sihvonen: The stress fracture in Miro Sihvonen’s ankle is continuing to cause him discomfort and thus he was unlikely to race at this weekend’s Grand Prix fo Flanders-Belgium. His status has been confirmed by the fact that he has tested positive for COVID-19 as well, so he will have to miss the Grand Prix of Latvia too. It has been a rough road for Sihvonen.

Mitch Evans: Mitch Evans is still struggling with the wrist injury that he sustained at the Grand Prix of Spain in October 2020 – he underwent another surgery in Australia on Friday. Expect him to be out for the next two months, if not three, as this is not a simple situation. If the flyaway races get cancelled, it is likely that he will not race at all this year.

Benoit Paturel: Benoit Paturel had COVID just a couple of weeks before the start of the year and, even though he has overcome the illness, it has had quite an impact on his breathing. Paturel is back on a bike and will race at the next round of the French Elite championship, before returning to Grand Prix competition in Turkey. Honda SR have just one premier class rider here, that being Lars van Berkel.