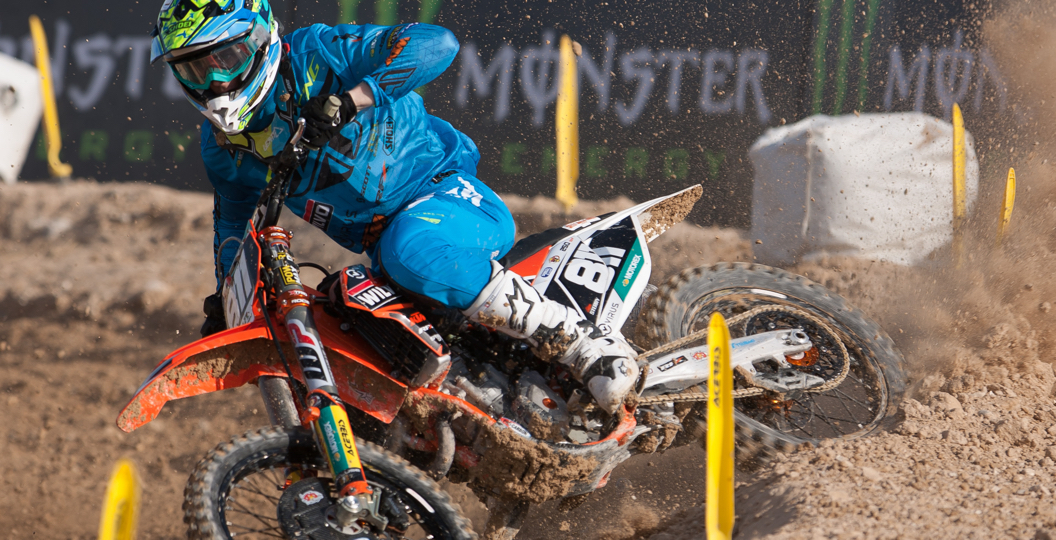 Although tomorrow marks the start of the 2016 Maxxis British Championship, a majority of the riders already have a handful of races under their belts and, consequently, some are coming in a little beaten up or are unable to compete. Who’s in and who’s out? Well, our list of injury updates will answer that.

Kristian Whatley: Kristian missed a lot of bike time in the off-season due to a foot injury. ‘227’ is back to one hundred percent now, however, and  was able to race the opening rounds of the Michelin MX Nationals and Pirelli British Masters. He’ll kickstart his campaign for a British Championship title this weekend also.

Mel Pocock: Mel Pocock actually came close to lining up this weekend, but he and the team decided that it would be best to sit out. Steve Dixon, the Monster Energy DRT Kawasaki team manager, spoke to us about this in more detail here. It looks like we’re going to see Mel back behind the starting line soon!

Adam Sterry: After breaking his wrist at the opening round of the FIM Motocross World Championship, Adam Sterry will miss Lyng this weekend. Adam is not back on a bike yet, but has started training. It seems likely that we will see the Wilvo Virus Performance KTM rider at round two at the end of April.

Patrick Major: Major was set to ride for RB Suzuki this year, but snapped his ACL and tore his meniscus before Christmas. The injury will rule him out for a majority of this year, so no specific return date has been set yet.

Alfie Smith: Like Sterry, Smith succumbed to injury at round one of the FIM Motocross World Championship and is now out for the foreseeable. There is no timeline on his recovery.

Alex Snow: Another injury blow for JK Racing Yamaha; Alex Snow will miss the opening round of the Maxxis British Championship and also Valkenswaard next week. Snow fractured his shoulder blade last week and, based on his social media statement, we should expect to next see him in Argentina.