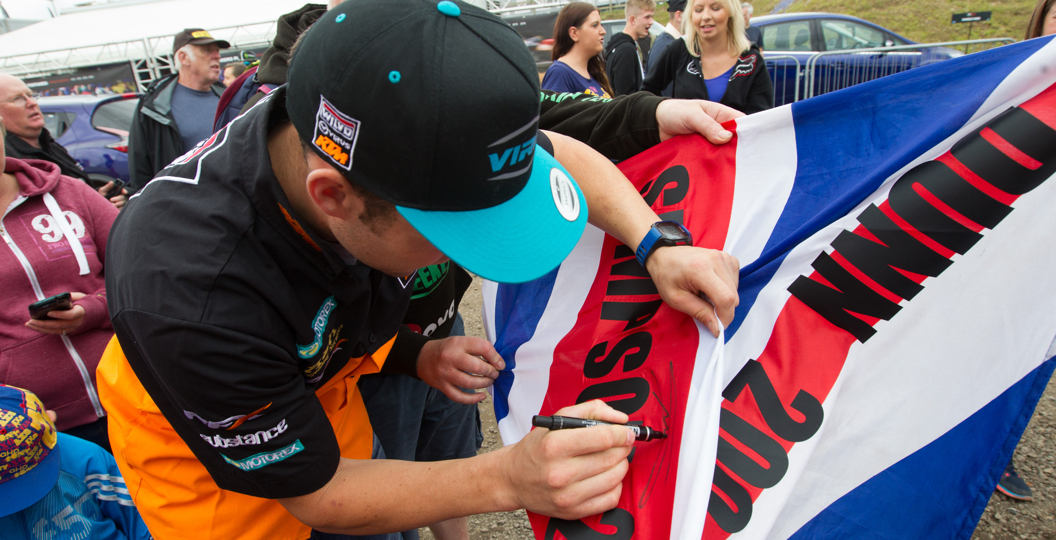 A lot can change from one Maxxis British Championship round to the next, seeing as there is a lot of time between each event. A handful of high-profile riders have succumbed to injury since Desertmartin, the previous fixture, as you’ll see when you read this.

Shaun Simpson: Shaun Simpson was advised to take ten days off following the GP of Great Britain, in order to allow his injured hand time to heal. He did that and appears to be feeling much better, so should be a contender for the win at his home event.

Tony Craig: Although Tony Craig did not quite make it back on track for Desertmartin, he is prepared to tackle Leuchars. Craig fractured his T1, T2, T3, T4 and T8 in March, hence why he has been out of action for quite some time.

James Dunn: James Dunn unfortunately watched his title hopes evaporate after hitting his head at Hawkstone Park and then sat out Desertmartin to ensure he was one hundred percent. He has raced since that Irish event, and garnered his best result in MXGP, so will return to the domestic scene at Leuchars.

Steven Lenoir: A fill-in stint with the 24MX Lucas Oil Honda team cost Steven Lenoir dearly, as he sustained a hand injury that ruled him out of two Maxxis British Championship rounds. He’ll be back on track this weekend though and hoping to improve on his tenth place ranking in MX1.

Ben Watson: The MX2 class is relatively weak at the moment, so Ben Watson is desperately needed. He will, however, be sidelined for quite a while with a foot injury. The injury is more serious than first thought, so we will not see him back on track until the end of the season.

James Hutchinson: James Hutchinson is still sporting a neck brace, following the injury that he sustained at Desertmartin. His C6 vertebra was pinned and plated, but he’ll make a full recovery and may actually be back on track by the end of the year.

Carlton Husband: Carlton Husband sustained a broken hand last weekend, which his team manager confirmed will leave him on the sidelines for around four weeks. It is a tough blow for Husband, who has shown flashes of brilliance this year, as it seems that he’ll also miss Blaxhall.

Vsevolod Brylyakov: Vsevolod Brylyakov obviously is not injured (well he has recently overcome an ankle injury), but is on a different kind of waiting list. Visa issues will rule him out of the Maxxis British Championship for the foreseeable future and, unfortunately, it seems there is very little he can do to speed the process up.