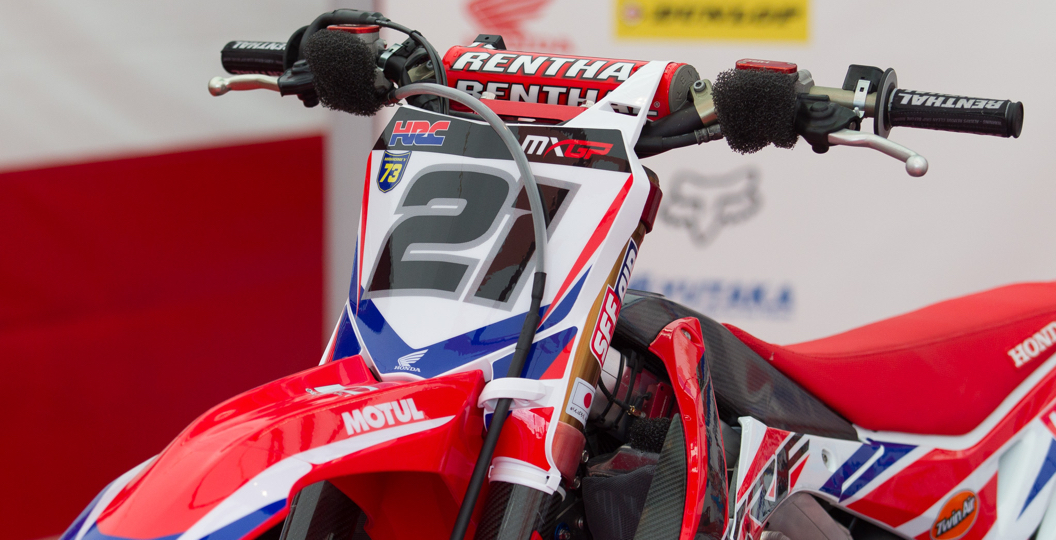 Another week, another hectic ‘waiting list’ presents itself. This one may be the busiest yet! A lot of high-profile riders have confirmed that they will participate this weekend, but then a lot of riders have also joined the injured list.

In for the British GP…

Ben Townley: Following his second two-race break from MXGP of the season, Ben Townley will return to racing this weekend for the Suzuki World MXGP team. Townley still isn’t quite one hundred percent though and will be building back into this thing, so do not expect too much.

Brian Hsu: There is a name that we have not seen for a while! Brian Hsu has been battling a wrist injury thus far this year and was actually scheduled to return sooner than this, but hurt it again a handful of weeks ago. This will actually mark his full-time MX2 debut.

Gautier Paulin: Everyone would have seen Gautier Paulin’s spectacular French GP crash, which led to a swollen eye, by now. He’ll return to racing this weekend and has actually been back on the bike for a little over a week, so shouldn’t be too rusty.

James Dunn: James Dunn has had an odd couple of weeks. He hit his head at Hawkstone Park and still raced, then sat out the Spanish GP. He wasn’t entered for the French GP, but would have liked to race, and then didn’t line up at Desertmartin anyway. He’ll be back this weekend.

Shaun Simpson: This one is fairly obvious, seeing as he raced the Maxxis British Championship round last weekend. Simpson still isn’t quite one hundred percent, but is better equipped to deal with the pain than he was in France two weeks ago.

Davy Pootjes: We have not seen Davy Pootjes on track since the GP of Latvia, which seems like an eternity ago now. Pootjes certainly took his time with his latest collarbone injury, so should be at one hundred percent. The time off will undoubtedly hurt him though.

Alex Snow: Alex Snow has not exactly been on the sidelines in recent weeks, as he has been busy getting gate drops in around the UK. Snow now finally feels ready to return to MXGP though, so will race on the world stage for the first time since Kegums.

Out of the British GP…

Kevin Strijbos: What has been an extremely average season for Kevin Strijbos continues to get worse, as he’ll miss this weekend and the next round with a fracture in his left hand. The fracture was only identified earlier this week, hence why he was feeling so much pain prior to the French GP.

Brent van Doninck: You’ll see this name on the injured list for quite some time, unfortunately, as Brent van Doninck underwent surgery earlier this week and is not expected to return until August. Karlis Sabulis has been named as his replacement on the Kemea Yamaha team.

Elliott Banks-Browne: Elliott Banks-Browne was initially set to fill a wildcard berth this weekend, but crashed in Northern Ireland last week and doesn’t quite feel up to it. A torrid season continues for ‘44’, who actually showed good speed at Valkenswaard.

Matiss Karro: Matiss Karro returned briefly at the GP of Spain, after recovering from a knee injury, but an elbow injury that he had picked up in the weeks before was too difficult to deal with. That will keep him out again this weekend, but he hopes to be back for Mantova.

Calvin Vlaanderen: When Calvin Vlaanderen mysteriously dropped out of the French GP, onlookers were puzzled. Further evaluations following the event revealed that he had broken a bone in his shoulder blade though, so he’ll also miss Matterley Basin and Mantova.

Roberts Justs: A heavy concussion at the French GP has forced Roberts Justs to take a strict period of rest, so he’ll join his teammate on the sidelines. Justs could be back as soon as next week’s GP of Lombardia-Italy though.

David Herbreteau: I am sure you would have seen David Herbreteau spectacularly crash out of Spanish GP by now; he sustained an ankle injury in that fall. That issue will keep on the sidelines for an unspecified amount of time.

Ken de Dycker: A constant feature on the injured list thus far this year; Ken de Dycker is still working his way to full health. The lanky Belgian must be getting close to jumping back on a bike now, as the end of July has been put down as his goal for a return to racing.

Ben Watson: The foot injury that Ben Watson sustained in Argentina was actually much worse than they originally thought, so he’ll be on the sidelines for another month or two. Loket may be a good point to expect him back.

Steven Frossard: Following his horrific injury last year, Steven Frossard is still fighting his way back to one hundred percent. It is currently unknown whether he will return to racing at the highest level.