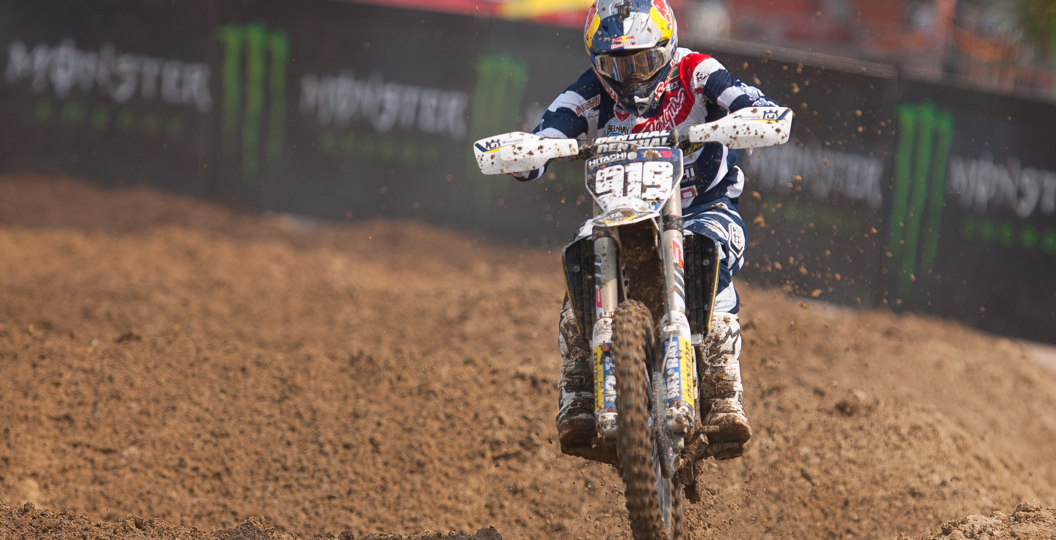 The days prior to the first round are arguably the most exciting, as there are so many unknowns that any outcome seems plausible. The picture starts to come a little clearer and certain options are ruled out following the first race, but for now everyone can run wild whilst bench-racing. We’ve done exactly that below, whilst outlining our favourites for the titles. Yep, we’re talking about championships here – not particularly the riders who will win Lyng.

Lewis Phillips: I don’t understand why everyone is acting as if it would be a surprise to see Vsevolod Brylyakov holding a number one plate at the end of the year. The Russian is, in my eyes, the favourite going into round one. The speed is certainly there and he’ll be the fastest rider in the class each week (except for when Max Anstie turns up as a wildcard, but you know what I mean).

The thing that will make this MX2 title fight so exciting is that no contender appears to have mastered the art of consistency, so I expect to see wild momentum swings from one round to the next. Ben Watson will give Brylyakov the most trouble, I think, and the fact that this is ‘his turf’ will even the playing field somewhat. It’ll be an exciting season, as the chances of it being a runaway are very slim.

When I wrote my ‘Simpson vs. Searle’ article, I was mostly sat on the fence. However, I’ll go out on a limb and actually pick an MX1 winner here. I wouldn’t be surprised to see Shaun pick up a third consecutive crown, simply because of the experience he has in the series and the fact that consistency is perhaps his greatest strength. But, then again, thinking about the flashes of raw speed and brilliance that Searle has had in MXGP makes me doubt that pick. You haven’t got much commitment there but, hey, that’s it.

Sean Ogden: I was looking forward to Vsevolod Brylyakov, Ben Watson and Adam Sterry battling it out for the MX2 title, but obviously that will be a two man fight now. I’d put money on Monster Energy DRT Kawasaki picking up both titles this year, as Brylyakov can be so fast on his day. Already he has improved big time in GPs and I think he’ll enter Lyng thinking that he is the guy to beat.

I find it a bit weird that Tommy Searle’s going into the MX1 class as an underdog to be honest. Although Simpson has outscored him during the first two MXGP rounds, I feel like everything is going to click for Searle real soon and he’ll surprise a few people once that happens. The speed is there, despite the fact that there are still areas where he can improve the bike or his performance (on starts). When it is over, I think this will be a big comeback year for him and he’ll finally get a British title.

James Burfield: Title credentials are not my strong point, so I should probably err on the side of caution and go for riders with a history of being consistent. Where is the fun in that though? I like to roll the dice and see people step up so, because of this, I’m tipping Graeme Irwin to surprise a few people this year. Based on his pre-season form and the fact that he now has Dave Thorpe in his corner, I think he could finish either second, third or fourth a lot and possibly do something similar to what Lenoir did in 2015. Searle and Simpson will be everyone’s favourites and rightfully so, because they will be there or thereabouts, but I just fancy a roll of the dice!

MX2 is a hard one, as I would have tipped Mel Pocock to take the title despite his horrific injury at the first round last year. However, I anticipate Mel leaving it until he is one hundred percent after a pre-season crash in the USA. My next tip would have been Adam Sterry, but a broken wrist has put paid to that.

I would have Ben Watson next in line if he was on any other team/bike, but I’m scared his mechanical issues from last year may continue. It would be a shame, as he definitely has the ability to be British champion. I was thinking about Martin Barr, as he is really going well at the moment, but I am going for an outsider again. I think the GPs will favor Vsevolod Brylyakov and, from what I have seen and heard, I think this could be a big year for him.

Andrew Conway: With Shaun Simpson and Tommy Searle lining up on the gate, this series promises to be one to remember. For me, the favourite for the title has to be Simpson. He is Mr. Consistent and it is going to be a long season of racing (and travelling) with both MXGP and this domestic series. I expect Tanel Leok, Graeme Irwin and Jake Nicholls to be battling for the final spot on the podium behind them.

MX2 is a little more difficult to predict. There is going to be plenty of talent out there for sure, but if Adam Sterry wasn’t injured I would have had him ahead of the rest. With there being only eight rounds, it is going to be tough to make up a deficit that could potentially sit at fifty points following Lyng. With that said, I’m going with Ben Watson followed closely by Vsevolod Brylyakov.