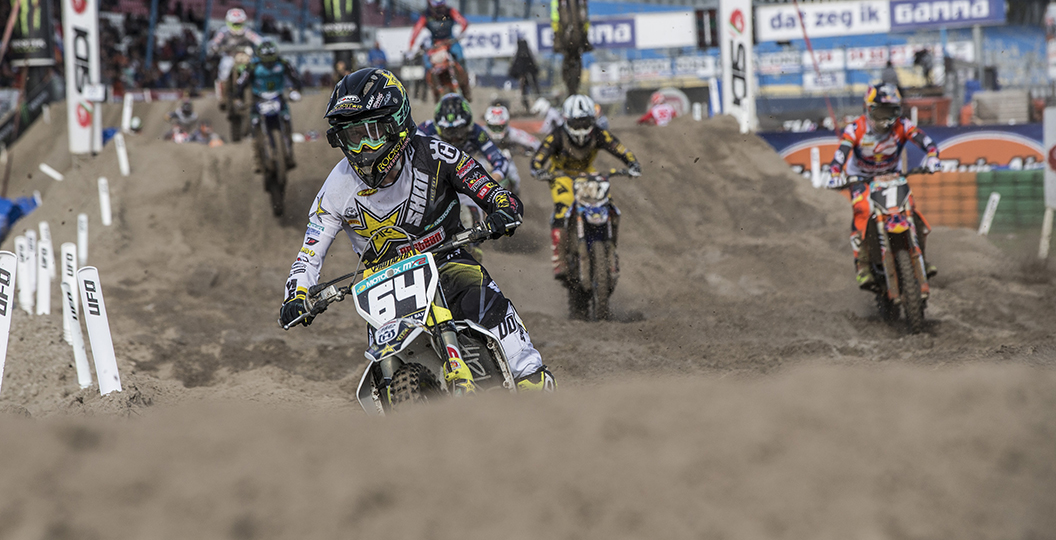 Thomas Covington is nearing the end of his Grand Prix career now, as he has just one race left. The Rockstar Energy Husqvarna Factory Racing rider, a four-time overall winner, is going out with a bang too, as he has reeled off countless moto victories and podiums in the last three months. Assen was another successful outing, as he stood on the podium in second overall.

MX Vice: Had I told you that you would finish on the box after that qualifying race yesterday, with the gate pick and everything, I imagine you would have been pretty happy. Considering everything, today was pretty good.

Thomas Covington: Yeah, for sure. Like you said, considering the circumstances, I am really happy with the way the weekend turned out and being on the podium. With the way the gates were angled here, I did not really know if I had a chance at all at the start. The gates on the outside were like pointed into pit lane, basically, but I just came out of the gate and hooked up really good the first moto and came over hard on everyone. Probably clipped a few front wheels but came out good.

The second one I was a little bit more confident and came over even earlier. I nearly got the holeshot, I just could not brake in time to turn. I was really happy with my starts there. For me in the sand it is a really good result, because I am not really a sand specialist to say the least. [Jorge] Prado is just better than me in the sand, that is all it is. Pretty happy overall.

After the qualifying race yesterday, heading into the first moto did you just think that you did not have a chance off the gate? Honestly, knowing that you are a good starter and everything, I just thought it was impossible.

Yeah. Even though I am a good starter I was just like, I do not think there is any way. I actually debated maybe I should brake and try to cut back to the inside, but the first turn was just too slow here to do that. Jacky [Martens] just told me, “You just need to go for it and just move over as hard as you can.” Actually, when I was sitting on the gate the first moto and I looked down there, I was like, “Even though the gates are pointed to the left, it is not that far around.” I have been on the outside where it is a longer distance to get to the inside, so that made me feel a little bit better. I just decided to go for it.

All things considered after the start, I thought your motos were pretty good. You moved forward and even when you lost time you would then gain it back. That is kind of the ultimate test of proving that you have got what it takes, I guess.

Yeah. I felt really good physically. I think I was pretty rested after only doing two laps yesterday in the qualifying race and also my bike was just working really well. The first moto, after Hunter [Lawrence] went down and I was in a solid second place, I got a little bit tight and lost my rhythm a bit but was able to push through to the end. Then for the second moto we made a few adjustments to the bike just to get the front end up out of that sand a little bit more. It was perfect.

In the second moto I just felt strong all the way to the end. Luckily my teammate went down and gave me those points that I needed for the podium. The whole moto my mechanic was telling me, “You need third.” You need third? I am like, “What? 3-4. Come on, I should be on the podium.” I was just pushing so hard to catch [Thomas Kjer] Olsen and then I look up and he is laying on the ground. I was like, “Yes! Thank you!”

After Turkey and getting that win finally, do you feel a bit more relaxed now? It has been obvious for months and months that you have the potential to win and you can do it, but then with every GP that was passing I was thinking, “Sh*t, you are running out of time. This might not happen.” Just having that under your belt must be nice now.

Yeah, for sure. It is a little bit more relaxed. I do not know if it is a good thing or a bad thing. It is like I can take a breath. I got that GP win before I go back home to America. I do not feel like I had it in me to run Prado’s speed this weekend. Really happy to come away with second overall. We’ll give it a run in a couple weeks in Imola. I think that is a track that will suit me a little bit better. Hopefully get those starts again and give Jorge a run for his money.

I guess you are done with the Belgian and Dutch sand, as far as training, doing motos and all of that stuff. On a scale of one to ten, how happy are you about that?

Probably a ten, if I am being honest. Last week, I do not know what was my last day riding. I think Wednesday I was riding at Lommel. I was like, “This might be my last time ever riding at Lommel.” Then obviously it starts to rain a little bit and the track is just gnarly. I am in the back of the van prepping roll-offs for a practice moto and I am just like, “I am not going to miss this next year.”

That was my next question. Obviously, you are really close to the end now. Are there any emotions coming into it at all? Are you starting to look around and be like, “Sh*t, I might never see this paddock or these people again?”

I have been feeling that way this whole second half of the season, ever since I decided I am going to go. I am just like, “Man, this is my last time going to all these places.” Just trying to enjoy every bit of it and spend time with all the guys that I have gotten pretty close with over the years. It has been awesome. I have been camping out at the track the last few weekends too. I have been loving that. Last night I spent most of the night with the Pocock’s, just hanging out. It has been a good time this last season. I am definitely going to miss it. 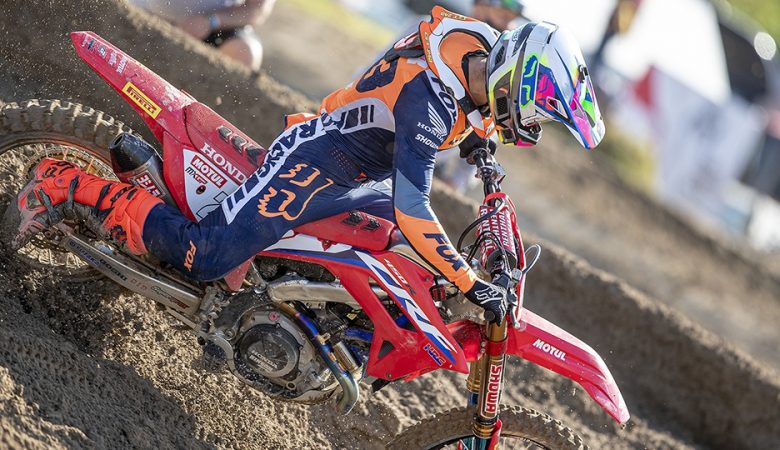 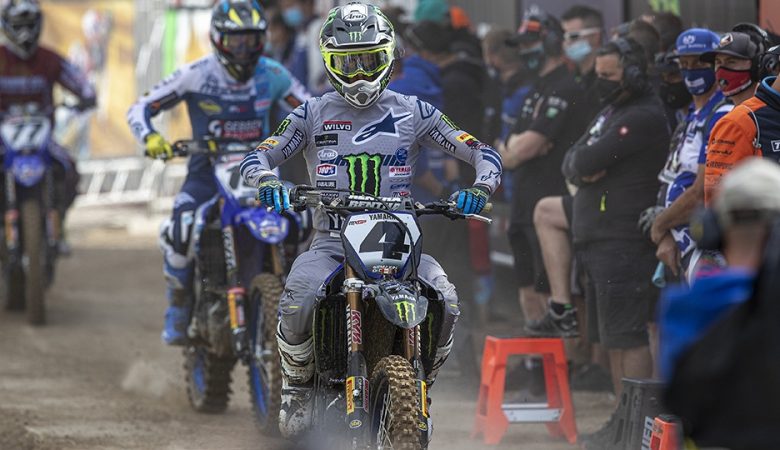 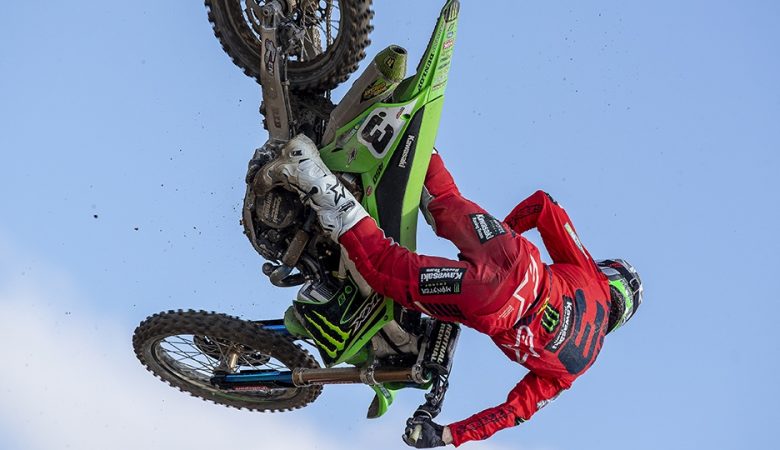 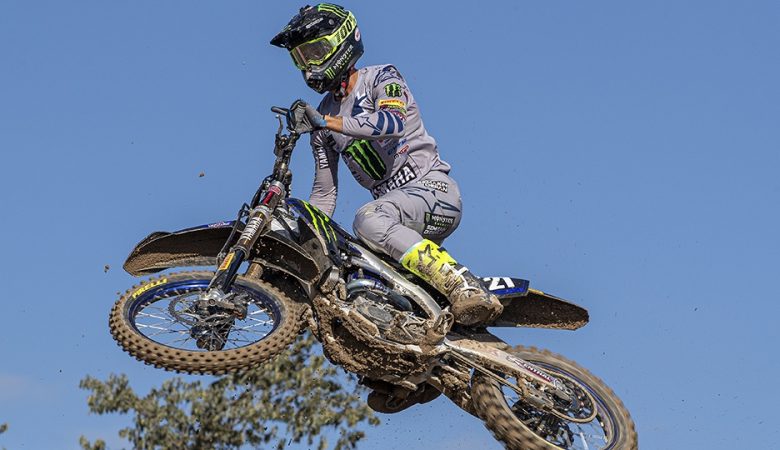