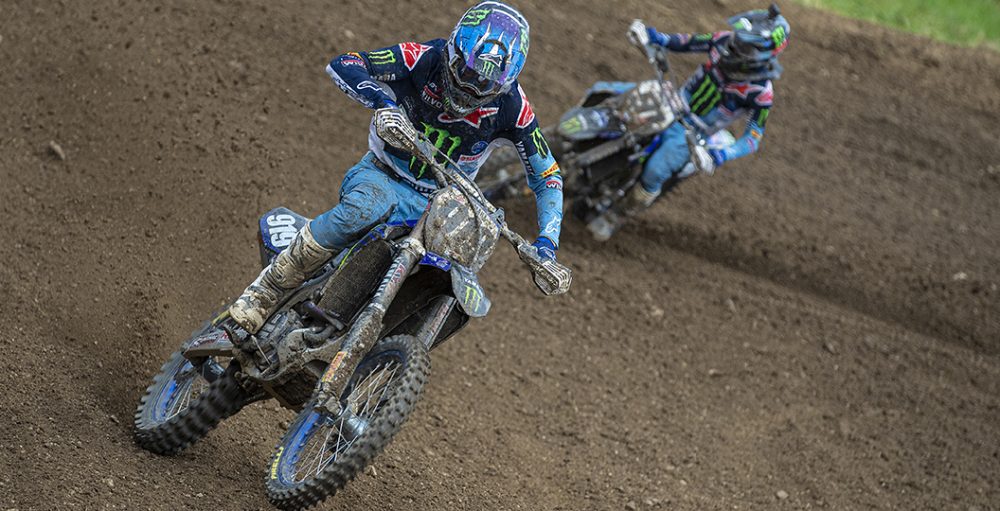 It still feels bizarre to engage in some serious chatter about the Motocross of Nations, seeing as we are just five rounds into the 2021 FIM Motocross World Championship. The race is less than two months away and, typically, a lot of the teams would have already been announced by now. It is almost impossible to do that, seeing as the format of the event has not been confirmed. There is even debate about the venue as well.

Even though there has only been one announcement, that being from The Netherlands, that does not mean that the other countries are not getting their ducks in a row. There has been some internal discussion about Team Australia and Team Switzerland announced that they would be sending a team no matter what. Good news all around! Mark Chamberlain, the manager of Great Britain, has been reaching out to riders too. Ben Watson confirmed that he has had discussions ahead of the prestigious event.

“I spoke with Mark [Chamberlain] about Team GB this week, just a little bit,” Watson told MX Vice at the recent Czech Grand Prix. “He asked what the situation is with the team and whether it is even going to go ahead on the date that they say. I just said that I would obviously be motivated, even if it is in the middle of the season. He has not actually selected a team yet, but he said that he wants to have it finalised around halfway through August. A bit of a waiting game with that one as well.”

Watson, who rode for Team Great Britain at RedBud and recorded the best British result on that day, would be an automatic pick for the squad. Not only is he the only British rider in Grands Prix who has access to full-factory equipment, he is doing the best on the world stage and chasing the top five. Adam Sterry is another good candidate – he has shown top-ten speed in Grands Prix and is not far away from putting the pieces of the puzzle together. Shaun Simpson is another option for a 450F seat, although he has not had a call yet.

“I have not had any calls – it is not at the front of my mind yet.” Simpson told MX Vice. “It is still something that I feel slightly underwhelmed by, because it is going to be a Grand Prix anyway. Even if I am not selected for the team, I will be going. I presume that is how it is still working. I have not had any calls. I presume that the result today would not have hurt my chances much. Maybe the phone will start ringing tomorrow? I like my results to put me as one of the riders, but we have a good few 450F riders to pick from now.”

Tommy Searle would factor into the discussion for a 450F seat too, although his lack of time outside of the United Kingdom would hurt his chances. It is very unlikely that Dean Wilson would be interested, given his situation with Epstein Barr, and Max Anstie is going to want to get into supercross testing. All those guys are 450F riders, of course, so there are clearly plenty of options to chew over. There are not as many in the MX2 division – Conrad Mewse would be the obvious pick.

If he chose not to do it or could not, for whatever reason, then the only option would be to get one of those riders above to step down onto the smaller bike. It would be easy for Watson to find a YZ250FM and Hitachi KTM fuelled by Milwaukee have a KTM 250 SX-F for Sterry – that would change the configuration of the team considerably though. It is impossible to think about that too much though. There is no clarity about how the event will run! If the race counts for Grand Prix points, which is most likely, then those two simply cannot entertain that.

Rumblings within the Grand Prix paddock made it sound as though Infront Moto Racing would confirm how the Motocross of Nations would run by the end of July, but that has obviously not come to fruition yet. There were further discussions earlier this week though, so things could be brewing. Once that news drops then, well, expect a flurry of team announcements.