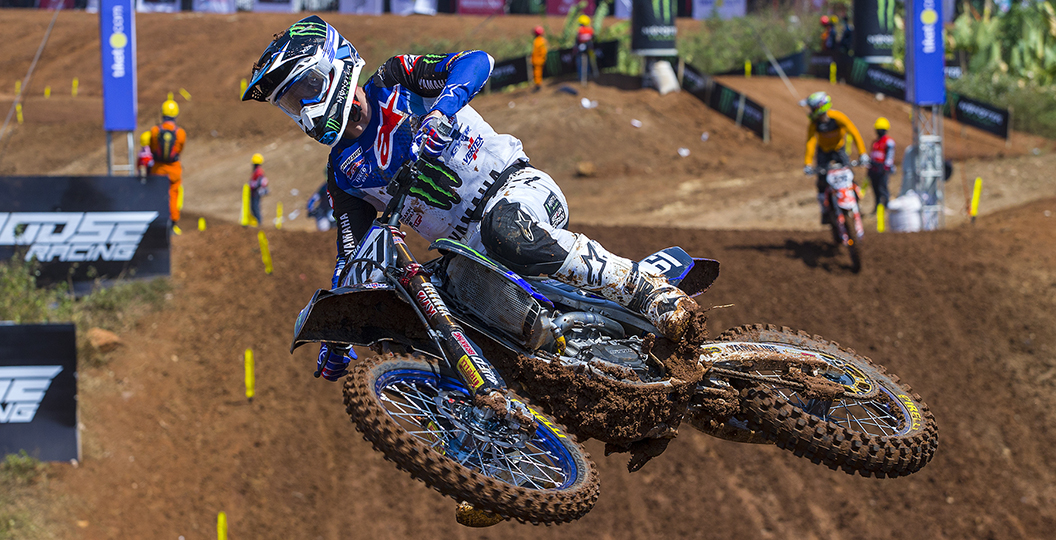 Romain Febvre appears to be so close to winning a Grand Prix for the first time since June 2016, yet poor luck and untimely mistakes keep standing in his way. A similar scenario played out at the Grand Prix of Asia over the weekend. There were still a few positives to take from the outing though and, based on this exclusive MX Vice interview from Semarang, Febvre is clinging to those.

MX Vice: After yesterday I was ready to see you on the top step again for the first time since 2016. I believed it was going to happen, but I guess sometimes you have sh*t luck and today was just one of those days where nothing really went right. Hey, I guess you can take the positives form yesterday and be kind of pleased?

Romain Febvre: Yeah. Yesterday was really good. Today no. I had a small crash and just bent my handlebars so bad that I could not continue. I stopped in pit lane but nothing really much to do, so stop it. The second one I had a really good start but made a mistake in the first turn. I was leading, then slid the rear wheel and could not take the speed before the rollers. I was tenth, maybe twelfth, something like this on the first lap and then came back to fifth. For sure, it is not what I expected after yesterday but it is how it is. Like you say, sometimes it is a little bit luck. For me, a mistake that I need to consider.

You say you had a small crash in the first moto, but your bars were like seriously bent. You can bend your bars quite easily, but those were properly bent. How did it get in such a bad situation? Talk us through the crash.

Not so much to say. I lost the rear wheel and then I don’t know. The bike went on the ground. It was really, really bent. I kind of started again and said, “I’m going to try to ride like this,” but it was way too much. With the speed we go on the track, it was not possible. It’s not the first time. Not so much to say.

I guess you got up and had flashbacks to Maggiora 2015. Looked at it and were like, “I can do this. Have you not seen me before?”

Yeah. When I took the bike, I said, “I can continue.” I felt like it was bent but not too bad. Then when I started to ride, I said, “No, I cannot.” If it was like a muddy race, I would try, but it was really, really bent. Not so much to do.

We have talked about it before, but I feel like you are riding at a really high level this year. You have stepped it up from last year, so that is good, and it seems like an MXGP win is coming. Is it frustrating just waiting to finally get that monkey off your back? Are even you starting to wonder when it is going to happen? Last year maybe the speed was not there, so we did not expect it, but this year it could happen at any point.

Yeah. I don’t want to push too much pressure on myself also. After Saturday I felt really good. I won the qualifying race easily, then I tried to learn from the mistake before. I’m calm. That is not the problem. I feel when God don’t want, then he don’t want. I try. It’s never like a similar crash or similar mistake that I make. I try my best every time. I hope it will pay off one time. Like you said, the speed is there.

This year I had a really good step last winter about my speed and everything, so that is really good. That has not gone. For sure, I want to win. That’s the goal. I will try in Loket. Like this weekend, the track was really tough and slippery. I am happy also. Even if my score was not good, I’m happy to leave in one piece.

Talk about the track here a little bit more. Obviously, we are in Indonesia. It’s hard to find good tracks. Do you think this is good enough for MXGP? A lot of riders seemed to say that the layout was good enough, but the ground is not great.

Yeah, the layout is perfect. The ground… It is really bad. What they can do, I don’t know. Not so much to do here, I think. Last weekend was much better, the ground, but it is the second time we are coming over. Last year was the same at the end and this year it is even worse, I think. I hope they change places, or they find something to do, but I think you have not so many things to make.

Your contract is up this year. You cannot tell us much, like what you are doing or anything like that. Your deal is done though and that is good, right? The pressure is off and you don’t have to worry about the off-track stuff.

Yeah. My deal is done. I cannot say much, but it is what I wanted so I am really happy about my decision. It is something exciting to start for sure. Let’s see what the future brings.