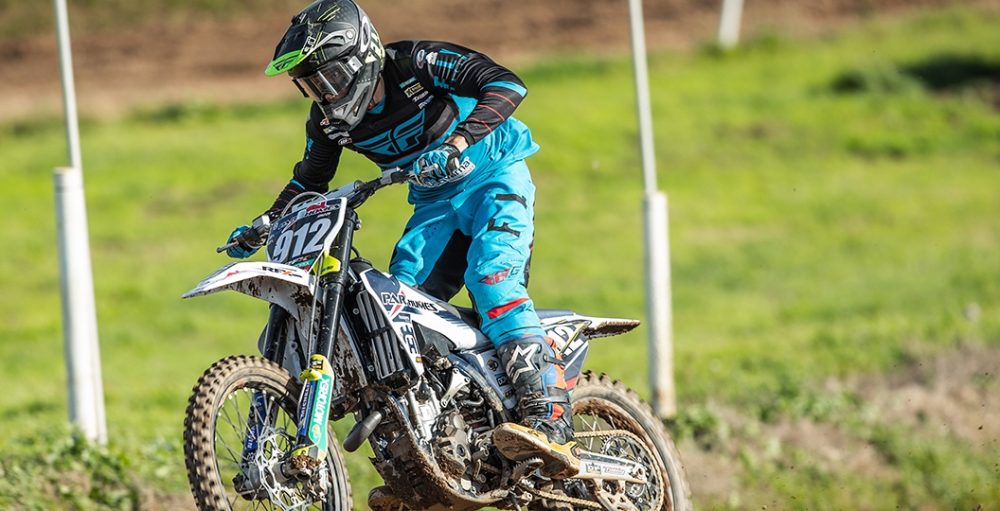 Joel Rizzi moving over to Honda 114 Motorsports is arguably the most surprising move ahead of the 2021 FIM Motocross World Championship. Livia Lancelot talked about the signing on MX Vice last week and now Rizzi has given his account on how the two-year contract (with an option for a third season) came about. A lot is changing in Rizzi’s life, but those elements could turn him into a contender at the very highest level.

MX Vice: The Honda 114 Motorsports thing is official now, but how did it come about? When did you first hear about it? Run us through that process.

Joel Rizzi: I obviously left PAR Homes [RFX Husqvarna], but I had nothing! I had a few offers for MX2 rides in the ACU British Championship, but I wanted to do EMX250. I wanted to concentrate on the world scene. Jamie Dobb helps me out quite a bit, so he phoned me out of nowhere and said Honda 114 Motorsports were interested. I was like, “What? This is a bit crazy!” We started to talk about it a bit more and found out it was an MX2 ride. That was not the plan at first, as I wanted to do EMX250, but you have to take opportunities like this. Without Jamie Dobb, this deal would not have even been a thing. I am thankful for him. That is basically how this deal happened; Jamie Dobb got the word out there and Roger Harvey said good things about me as well. Without them, this would not have even been possible.

You put on Instagram that you were leaving PAR Homes, but I thought that was because you had this deal lined up?

I had nothing! They dropped me, basically. They did not have enough money to do three riders in the world championship.

I heard you were talking to Buildbase and teams like that, but I guess you were never really interested?

Yeah, they all wanted to stick to the UK. If you want to make it big in the world championship, then you cannot be doing it from the UK. I had nothing though! We were just going to do the EMX off of our own back and then this came along.

You mentioned how the MX2 class was not really your plan. I spoke to Livia [Lancelot] not too long ago and she said they were talking about keeping you in EMX250. Would you have preferred that?

I was easy with either one, you know. They have an EMX250 rider. There is nothing better than going into the MX2, to be fair, especially with a two-year deal. My goal is to just keep improving and I know I can shock some people, especially with an amazing team like this one.

The team is obviously based in the south of France. What will your living arrangements be? Are you going there on a full-time basis? Are your family going with you?

Yeah, I will be there from January on and my cousin is coming with me. That is his plan for the year really, to come to all of the races and be a bit of a parent. We will just be living the dream in France, practicing with the team and just grinding.

There will be no British stuff for you at all then. Is that weird to think? You have been deep in the British scene for years.

You said that you think that you can shock some people and obviously everyone at Honda has said there are no expectations from their side. It sounds like you have a bit of a plan for where you want to be though. Would being in the points make you happy or are you looking at the top fifteen?

There is no goal, but there is a goal [laughs]. Everyone says there is no goal, but there is one. Points would be amazing. I just think that if we can get an amazing winter in then I have more. Josh [Gilbert] surprised some people last year and on a good day at a practice track I was only a couple of seconds off of him. I have Ruben Fernandez, one of the fastest riders in MX2, as a teammate, so I just feel like if I can put one hundred percent into it then I can get some good results in the first year.

I guess you will be working with Eric Sorby and then the team has a fitness guy as well, so that is all going to help.

Yeah, I have already been speaking to Eric Sorby on Instagram and he is looking forward to it. I spoke to Giacomo Gariboldi and he said that they did the same thing with Tim Gajser six years ago. They did not really know who he was, then six years down the line he is a four-time world champion with Honda. I want to follow in those footsteps with Honda.

People are probably looking at the results from this year, but you cannot really be judged off of that. You had a virus or something, right?

It was a normal virus and like a cold. I thought it was corona, but it definitely was not. I got that all checked out. I had such a good week in Latvia and I wanted to carry that through to Italy, but it just was not possible. I decided to call it before Lommel. I tried to ride before Lommel and just couldn’t do it. I wanted to focus on next year, because I thought I would stick with PAR Homes at the time. I took a couple of weeks off and then got the news that I would not be with PAR Homes. I did not really know what was going to happen and then I heard the 114 news, so I have never been so motivated in the gym and stuff like that.

Last thing. Is there one thing that you are a bit nervous about with this all-new deal, like moving to France or something?

Not at the moment. There will be some nerves when it gets to it though, with it being the first time that we are doing the flyaway races and racing the best in the world. There are going to be nerves. There are no expectations on me though, so there is nothing that is really bothering me. All I can do is prepare as best I can and hang it out at the races. There are no nerves at the moment – it is just excitement.