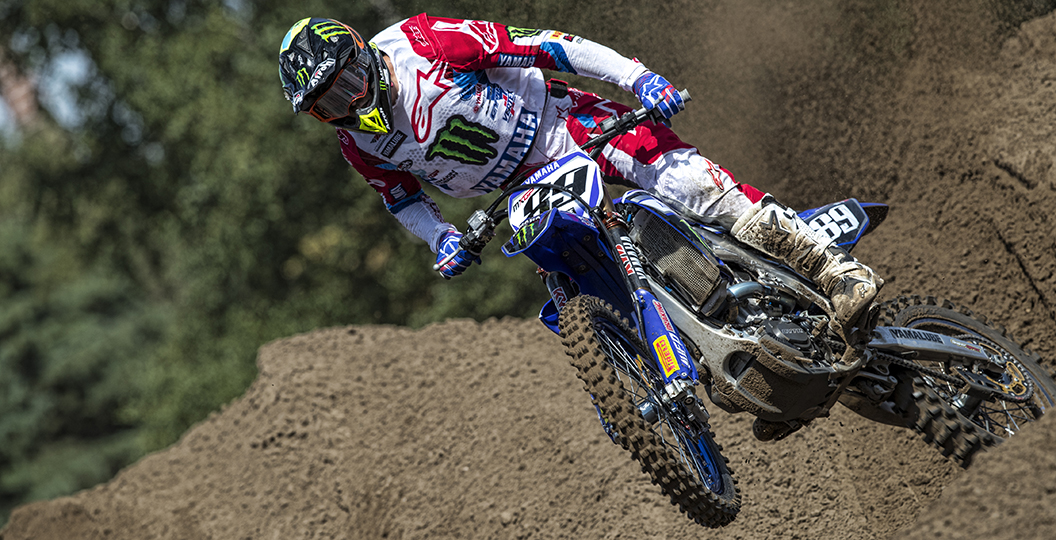 Jeremy Van Horebeek has hogged headlines lately, as he has returned to form and also been informed that there will not be a seat for him beneath the Monster Energy Yamaha Factory Racing awning next year. There have been no rumours surrounding where he could potentially end up and even he confirmed in this exclusive MX Vice interview that there is not much interest out there. What does the future hold? That is undoubtedly going to be one of the most intriguing topics to follow in the coming months.

MX Vice: Kind of a similar weekend to Loket, really, and another step in the right direction after a rough couple of months. You can definitely see that you are starting to get back to your old self.

Jeremy Van Horebeek: Yeah. It was not too bad. I knew before the weekend it would be tough for me, because I did a blood test and everything and I miss some things… Normal things. I was not on full energy. I was a little bit low on energy already from Saturday. I had to get through this weekend like just a normal pace. I could not override it. It is a bummer, but anyway it is going in the good direction. I am pretty sure if I did not have the problem I had two times top five again was possible, so it is all getting together again. I have been working hard and I am not done. I have been deep and low with the motivation. I always keep working and it will pay off anyway.

Is that like a virus from being run down or something? Do you know of any reason why this blood thing happened?

It is normally from Indonesia and jet lag. I do not know how to say it in English. It is something in the stomach. We saw it too late. It is nothing serious. I am a bit low on energy, so that is a bummer. Everybody has this I think in this physically-demanding sport.

Is that something that is going to stop you from training for Switzerland then? Can you continue as normal?

No, no. I just have to go to the doctor again and see that we can get it back on point. No, it is not going to stop me from training. For sure not.

Obviously you are not going to be with this team next year. It has been a long relationship, with lots of success and some of the best years of your career, so obviously that is a bummer.

Yeah, it is a bummer. I did a lot for this team and for Yamaha. Maybe I understand them, but it is a bit a shame because I did a lot for them. It is not because you have a bad year that they kind of throw you away, but it is what it is. This is the world how it goes. You are just a number. If you do not deliver results, it is the way it is.

You saying that has just made me remember. The year before 2014, the best year of your career, Yamaha were at a really low point. You really gave the programme credibility again and helped build them back up. That is quite a cool thing for you to take credit for.

Yeah, in 2014 I did it on my own and then Romain [Febvre] came and we did it together. Romain is riding good. I am riding good. We brought Yamaha back in business, but still as a team you want to win and at the moment it is not happening. It is what it is. If they decide not to go on with me, that is their decision and I have to respect it. I am thankful for the five years what they gave me. It is what it is.

I know you said that you were really hoping to get the Standing Construct ride that Glenn Coldenhoff ended up getting. You have always said that if nothing good, or a programme that is basically capable of running a rider of your calibre comes up, you will walk away. Is that still the feeling that you have?

Yeah, I still say to everybody asking me. There was a first talk with Standing Construct and they said that if Glenn did not go there that they wanted me, so I missed that opportunity but it is what it is. I am still from the point, I do not mind if it is not a factory team or whatever, but it has to be a good team with good structure. Also the budget… It is always tough when you are a top-five budget guy and then you have to go down. They have to realise and then have some respect also with that. I am still of that point. If I do not get a good deal or a good offer I will walk away from this world and retire. I am really young still, so it is a bummer. I am still a top five guy if I am fit. It is kind of strange, but what can you say? It is what it is. I am not risking my life for peanuts.

On a positive note, I’ve heard rumours this weekend that there are actually some high-level teams that now want your signature. Obviously you cannot tell us too much, but are things going in the right direction?