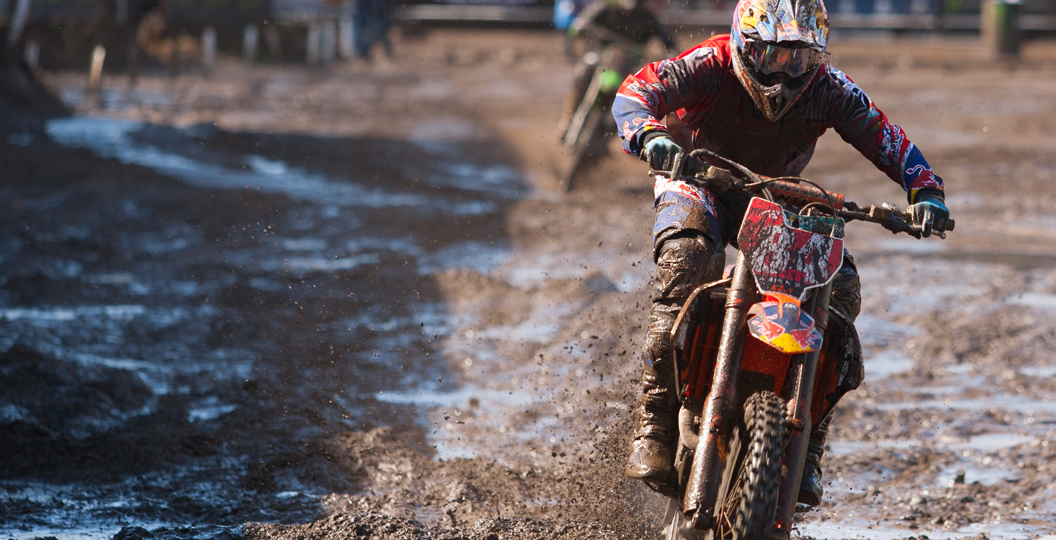 ‘Exceptional’ comes to mind when one thinks of Jeffrey Herlings’ prowess on sandy terrain. The surface, which has proven to be a nemesis for many elite stars, can be unpredictable at the best of times, but ‘84’ manages to master it year after year.

The statistics serve as a constant reminder of that, as he has never lost a moto at Valkenswaard and now has seven consecutive overall wins at the venue. That streak began in 2010, of course, when a fresh-faced Jeffrey climbed atop the podium in only his third MX2 outing. It has now been six years since that event, but the Eurocircuit continues to play host to poignant moments in Herlings’ well-documented career. What I am referring to is the fact that he claimed the fiftieth GP win of his career this past weekend, following another awe-inspiring outing.

Herlings was previously driven by records, but the focus has now shifted to making it through every round. That has been his kryptonite the past two seasons, so when questioned about locking up the title in his homeland at the end of August he made his intentions quite clear. “That would be amazing, but the most important thing is finishing off the season,” he said. “That is what I didn’t do the last two seasons, but I learnt a lot from this. Wherever I get the championship is already the best possible scenario, but it would be great to win it in my home country”

The fact that we are already discussing where Jeffrey will clinch the title seems ludicrous, especially considering how unpredictable the past two years have been. However, a thirty-eight-point advantage after three rounds will prompt conversations of this nature. Although the depth in the class is respectable, a rider who is on a similar level to Herlings is basically non-existent. Dylan Ferrandis is close to that, but he just hasn’t managed to find the key to consistency.

Jeffrey recognises that this past weekend was one of the less eventful races he has had at Valkenswaard. “This one was one of the easy ones to be honest. I had some tough ones against Roczen, for example, and definitely the first one was a tough one with Musquin and Roczen together in my rookie year. The last two or three years have been pretty solid for me and pretty easy, so I hope to keep it that way.”

Will he succeed in doing that? Perhaps, as he hasn’t had an issue thus far in his 2016 campaign. You never know what is around the corner with the Dutchman though, which is why it’s worth keeping one eye on the MX2 title fight that most will be quick to label as a snoozer.