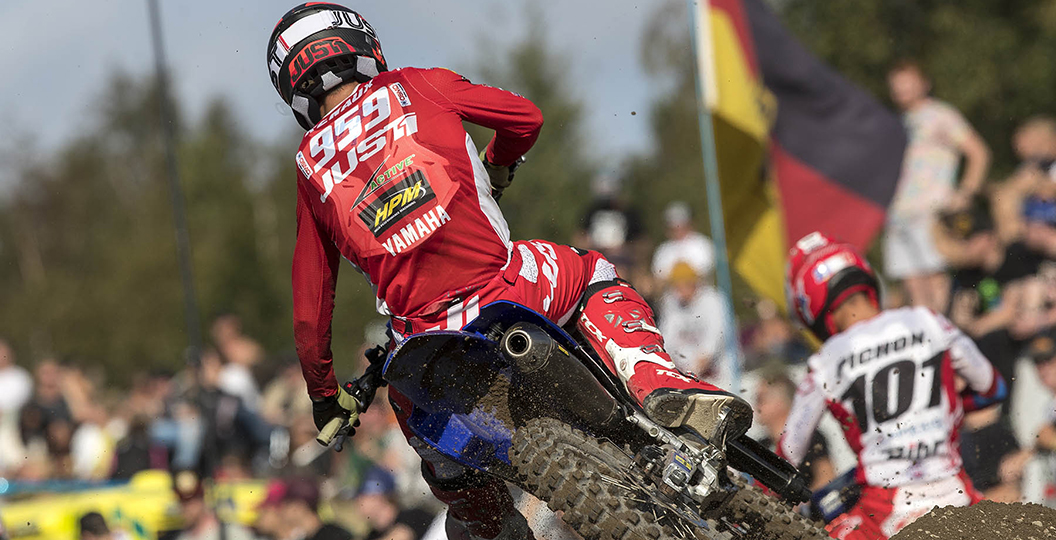 This could be thought of as one of the strangest lead-ups to a Motocross of Nations ever. There has been some drama – in the form of Kawasaki USA pulling their support from the event – and plenty of injuries to race-win contenders like Romain Febvre, Max Anstie and Ben Watson. With just a handful of weeks to go until gates drop at the modern venue of Assen, drama continues to build within the industry.

Team France announced earlier this week that their capable MX2 pilot, Tom Vialle, has been removed from the team in favour of Maxime Renaux, who has stood on the Grand Prix podium just once in his career. The specific cause of the rift between Vialle and the FFM simply involved the placement of a Red Bull logo on a casual hat. It was not the race shirt, bike or helmet but the cap that he would have to wear in the press conferences. A hat – a spot that is treasured by sponsors in this sport – has essentially reduced the French to accept the position of underdogs entering the event.

The very first thing that sprung to mind when this story arose was how difficult could this have really been? Rockstar Energy are known for being the trickiest energy drink company to deal with, yet the FFM managed to navigate that tricky path when sorting out logo placement on Gautier Paulin last year. A swift lunge into the MX Vice archives shed a little light onto what the sticking point may have been. Monster and Rockstar seemed to settle on having the top corner of the hat, despite the fact that they would be overshadowed by the larger-than-usual French signage.

Speculation is rife at this point and truthfully getting in contact with either a representative from Red Bull on this side of the pond or the FFM president would be a tricky predicament, but this is worth exploring. Monster and Rockstar would have accepted that position on the hats as their respective symbols are quite compact. The Red Bull logo covers a larger surface area and would not fit into the tight confines outlined on the hat – unlike some of the other energy drinks. It is not much of a stretch to imagine that is the source of the drama. Who really knows though? It is not advisable to presume anything about the decision-making process at the FFM.

Glance back at photos from the last time that a Red Bull guy competed for Team France – that being Marvin Musquin in 2015 – and there are no logos on those hats at all. How did that get approved? Romain Febvre was a Monster Energy athlete at the time and did not have any logos on his hat, but then did at Maggiora the following year. Including an energy drink logo has been the norm since then, but Red Bull had not entered those negations with the FFM until recently. There was no precedent between those two whereas deals with the other giants presumably slid through without much discussion.

There is an outstanding question here that may never be answered though. If Gautier Paulin – the star in the eyes of the French federation – ran into a similar issue with one of his sponsors, would he really get kicked off of the team? It is tough to envision that scenario playing out. Swapping Vialle for Maxime Renaux may not have seemed like much of a step down in the FFM’s eyes, therefore it was a great opportunity to exercise their power and make it abundantly clear to all involved who is in charge. Power is clearly something that the FFM truly value.

Vialle was fourth overall at the recent Grand Prix of Belgium – the last sand race on the schedule – with Renaux in sixth. There is not much of a difference on paper. Look beyond the results though and this could be catastrophic for Team France, as starts are extremely important at the Motocross of Nations. There will be even more emphasis on that part of the race at the Assen TT Circuit as well, as that track is typically quite narrow and funnels into one line in some of the tighter turns. The starts alone should have been enough of a reason for the FFM to figure this thing out.

If Renaux starts in eighteenth, it is highly unlikely that he would be able to move forward at all. A brace of fifteenths – or a scorecard similar to that – will be obtainable for him, given the level of competition and obvious disadvantage that he will face. Those results are common for an MX2 rider and many teams have used that as a part of their winning formula in the past. The issue is that France will be going up against teams like The Netherlands, who have very few kinks in their armour. This is not the time to try something new.

In reality, there would not be as much of a spotlight on this hat debacle had Febvre not got injured at the recent Grand Prix of Sweden. Team France could have relied on Paulin and Febvre to deliver great results, then thrown out one of Renaux’s scores and been sat in a pretty good position at the end of the weekend. It is more of a hit-and-hope mentality now though – the only way that this thing is going to work out is if both Renaux and Tixier deliver on the day. There is absolutely no guarantee of that and now the French are back to being underdogs, a position that they became so accustomed to before their streak of five wins.