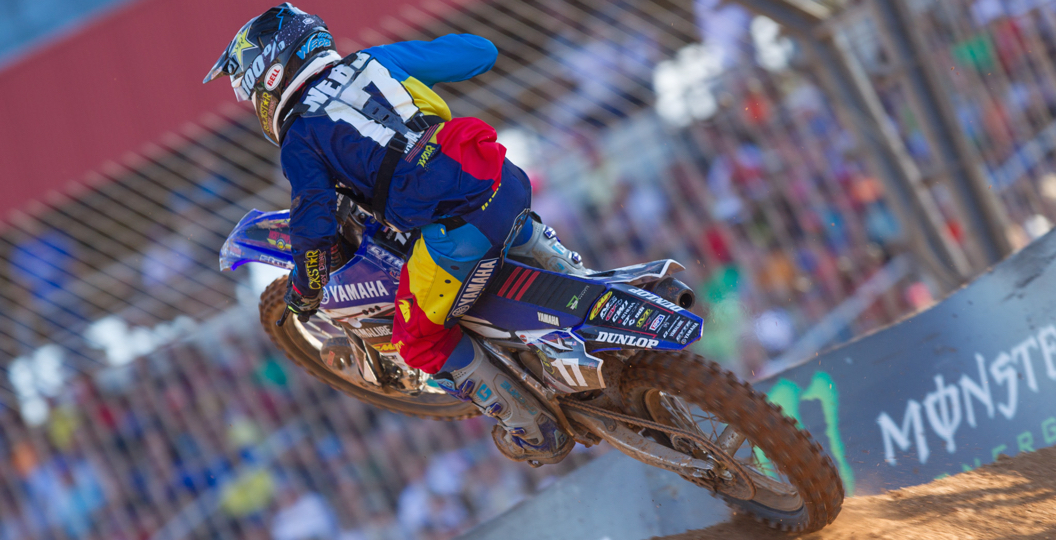 Although two champions were crowned on Saturday, a lot of the attention revolved around Cooper Webb. It was, of course, his home Grand Prix and the final 250F race of his career, so it was understandable that most kept an eye on his progress. If you’d like to read his take on the event, but aren’t necessarily a podcast fan, here’s the transcribed version of our post-race interview.

MX Vice: Wow, what a weekend! I am guessing this one is probably one of the better ones of your career?

Cooper Webb: Oh, absolutely. My last ever 250F race and in front of the Charlotte crowd. Me against the fast Americans and also Jeffrey Herlings, he is a badass guy! It was pretty spectacular overall with everything and everything I could have asked for, to come, be able to win, have a race like that and come through the pack. I wasn’t the fastest all day and had to work hard, so it was just a Cinderella story really.

Like you said, it was a bit of an odd day. Practice maybe didn’t go as well as you would have liked, but you turned it around by the time of the second moto. What sort of changes did you make?

I think just bike changes. Mentally, I have been riding some different-style tracks and just had a tough time adjusting to the layout and the format really. Usually in the ‘States the sessions aren’t as long, so you only have four or five laps to put in a fast one and in this one you had about ten laps. You have got to pick and choose when you want to do it and this and that, so I think that was one thing, and just the bike set-up. We made a change in the suspension, which really helped.

Where did you find another gear in the second half of that second moto? Obviously in the first half you were maybe matching the times of the top two, but then you went for it.

Yeah, I think just with it being my last ever race [on the 250F] and the crowd I didn’t want to be third. I feel like I always race with a lot of heart, no matter what, just mentally and personally, not anything to do with my contract. I just wanted to win here and everything like that. I was pretty surprised to be honest, but I just never gave up and never gave up. I was giving everything I had. I was definitely maxed out, so I was stoked to get it done.

Did you maybe put too much pressure on yourself with everything that was going on? Obviously it’s you’re hometown and then going up against Jeffrey Herlings. It was kind of like a one-race shootout with him, seeing as it was the only time you were going to race together on 250s.

I think I definitely put a little more pressure than maybe I should have. I was just overthinking stuff, instead of just going out, being loose and having fun. I was just being tight and wasn’t my usual self. Like I said, I think I had that confidence there in that second moto and I knew what I needed to fix to win. It was pretty cool.

Finally, what are your plans moving forward? Are you definitely in for Glen Helen on a 450F?

Actually I am not racing Glen Helen, I don’t know where that rumour came from. I am just going to focus on testing, I have two weeks here in the ‘States for 450F testing. I’m going to try and make the most of it. I’m 450F all the time now through the Motocross of Nations, Monster Energy Cup then supercross and outdoors next year.