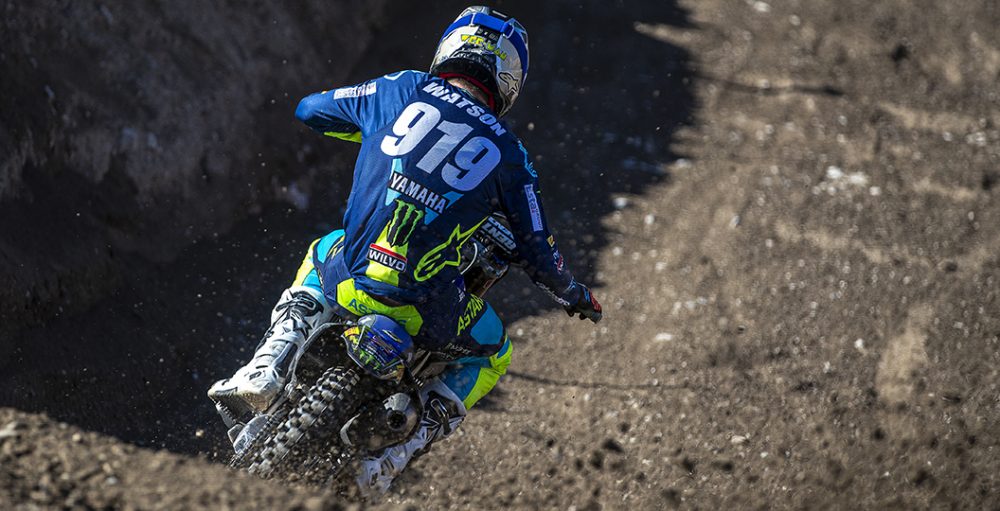 The 2021 FIM Motocross World Championship ends in less than two weeks, unbelievably, and that means that attention is beginning to turn to the new season. There are a lot of deals that have been signed for the new term, but there are others who are patiently waiting and trying to determine a path for the future. Ben Watson is one of those riders.

Watson has had an impressive term aboard the YZ450FM, much better than top rookies from years gone by, yet he has been told that there is no room for him beneath the Monster Energy Yamaha Factory MXGP awning. Such a decision caught onlookers by surprise, seeing as he has been very impressive at different points. Thirteen finishes inside of the top ten is a respectable record, but not a true representation of his speed and potential on the bigger bike. The reason is quite simple.

The fierce nature of the current MXGP landscape has skewed the perception. There are three rounds remaining now, so a lot of racing has been run and that typically means that plenty of riders have succumbed to some health issues. Jorge Prado, Glenn Coldenhoff, Jeffrey Herlings, Arminas Jasikonis, Calvin Vlaanderen, Pauls Jonass and more were sat on the sidelines at this point one year ago. All of those guys, with the exception of Vlaanderen who only just withdrew, are fighting fit this time around though. There is no hole in the current talent pool.

This is causing people to judge unfairly, as there is no chance for a guy to claim a breakthrough finish. The leading rider on the Monster Energy Yamaha Factory MXGP squad, Jeremy Seewer, summed this up perfectly when he claimed that his second place on Sunday meant more than any moto win that he claimed last year. Why so? The level is so much higher this term and there is simply no room for error. The depth in the premier division is no different to the first round, which is astonishing.

Back to Watson, who has had good results and shown flashes of his potential to achieve more. Running third in Czechia and second in Sardinia is typically what a squad wants to see from a rookie. It is unlikely that a rookie will be an immediate success, so instead teams look for signs that said rider could be a frontrunner in the not-so-distant future. Watson has shown that on more than one occasion and consequently deserves attention from a factory team.

“You go on Facebook or Instagram and you see so many rumours, especially in the motocross paddock at this time of year when everyone is signing deals,” Watson told MX Vice exclusively. “There are just so many rumours flying around. One person says something and then, yeah, that is it. Everybody knows! I genuinely have no clue at all what my future holds. I do not know what I am doing next year. The season finishes next Wednesday and I have no clue.”

Watson is certainly doing a good job of proving himself at the moment – not that he really needs to after such a successful season – despite the strain of dealing with such uncertainty. The recent Grand Prix of Pietramurata was where his potential shone through once again, as he shadowed the five leading riders and dropped the rest of the field. The way that he went with the likes of Antonio Cairoli and Jorge Prado would have undoubtedly got some people thinking. One would think, anyway.

The crux of the situation is really quite simple. Watson is going to be a podium regular in the next couple of years and a very valuable asset to a factory team. The mystery that remains is whether or not a team will realise that and make the investment now. The likes of Febvre and Herlings are not going to be around for too much longer, so now is the time to think long term. A good business will always have a long-term strategy.