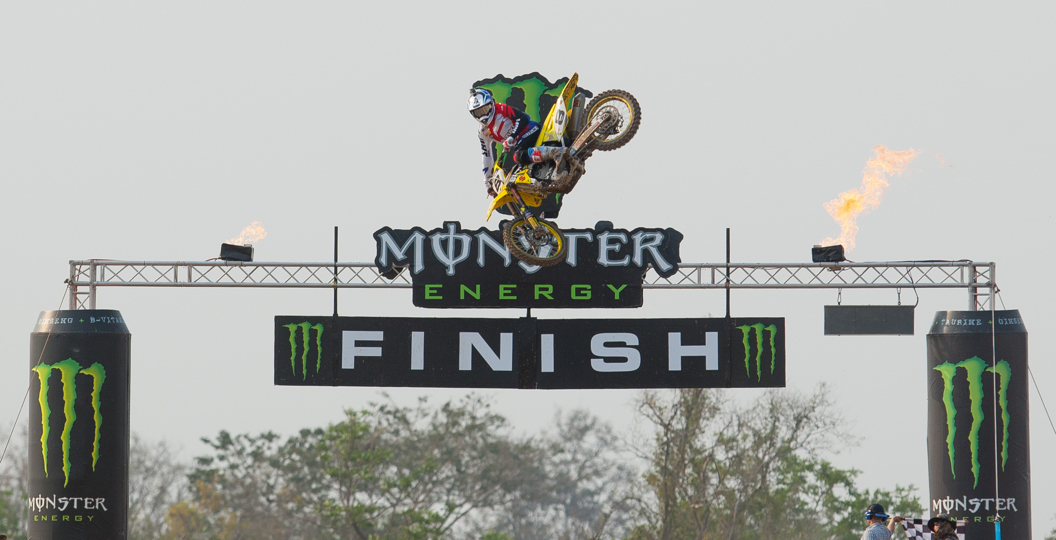 Ben Townley may only be two rounds into his comeback with Suzuki World MXGP, but he has already reminded everyone what they have been missing out on since 2010. After making a considerable amount of progress, Ben looked like his former self whilst battling for wins at Suphan Buri. It wasn’t actually his riding that caused him to hog headlines, however.

MX Vice: Where do we even begin? You were riding great in that first moto and in a good spot, but then obviously things went sideways.

Ben Townley: I made a bad error when I came into that second set of rollers and would normally do it in third, but I made a mistake entering and had to do it in second. I didn’t shift up through them, I was a little bit cautious. You doubled out at the end and I was in second gear, so the engine breaking was so much heavier. It stepped sideways and I got ejected; I high-sided big time. It was a very costly error on my behalf, because I wrecked the bike substantially and blew the left radiator to pieces.

Did you feel like you were going to have more in the tank going into the second moto, because you didn’t go the full distance in moto one?

I thought I was going to! I honestly told Stefan [Everts] that I’m going out to win this one. I got to second and thought ‘here we go’. My crew told me that Febvre was absolutely written off after the first one, but I think he was just playing games. That is all that went through my mind, he was ruined, I was just going to catch up and pass him. When I got to second that was all she wrote for me as well though.

Were you charging when you got into second then or did you back it down once you realised your chances of catching Romain were slim?

I charged to get to second, because I could see him getting away, so I made some moves and got it done! I went from sixth to second and thought it was on. He just rode away from me though.

You’re two rounds into your comeback now, so are you happy and enjoying yourself?

Yeah [pause], it just isn’t a very good question to ask today really, because I literally blew that first moto. It is hard to accept right now, but I’ll take the positives. I’m definitely in there and ahead of where we want to be right now, speed-wise. We have improved the bike a hell of a lot since we first stepped on track in Qatar as well. We didn’t get out of it what we actually thought we had in Europe, because the race conditions here are so much different.

We have improved the bike immensely and I have to take my hat off to the whole crew. My mechanic has taken the brunt of it, you know, he is the guy who has to actually make the changes to the bike. Frank, on our suspension, Roy, our data guy, and my mechanic – it is a bloody team effort. I forgot how many people it takes to put together a programme like this.

You’ve obviously ridden for some of the best teams in the world on different continents. How does this one compare to some of those?

It is world class mate. You can’t look over the fence and say the grass is greener, in my opinion. They are great people to work with and have a lot of experience. I’m also coming back and getting in my rhythm of giving them direction. Up until now I’ve just listened, but I’ve taken it upon myself to start giving them direction as well. We’re making progress.

Obviously we have to ask, you had a bit of an outburst after your qualifying win on Saturday. A whole day has passed since that now, so do you regret it? Have you had any backlash at all?

Oh, absolutely. I was frustrated over some things and had an outburst. At the end of the day I said what I thought, it was unprofessional on my part, but I said it, didn’t I?