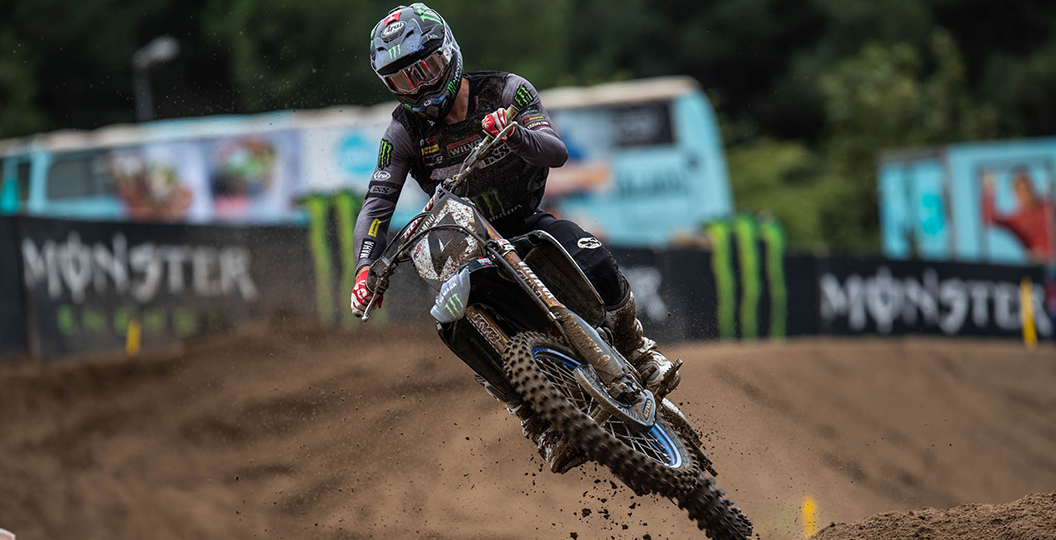 The Grand Prix of Belgium, run in the bottomless sand of Lommel, is one of the toughest races in the world. Nothing quite sums that up better than this exclusive MX Vice interview with Monster Energy Wilvo Yamaha MXGP’s Arnaud Tonus, who was clearly struggling to comprehend just how tough things were in the hours following his final moto. This thoroughly entertaining interview was first released as a podcast on various different channels.

MX Vice: I thought Saturday was solid. Speed was good. I was thinking, “Here we go. Another podium!” Then today, I don’t know. It just kind of looked like nothing really worked how it was supposed to. Rough day at the office, I guess?

Arnaud Tonus: Yeah. First moto was good. First moto was solid. Second moto I crashed three times, so from there it’s pretty tough to do a good result. I felt like my riding was good. I just made too many mistakes in the second one. I crashed once in the beginning of the race. I came back. My riding was good, because I came really close to the pack. I think I was tenth or ninth or something.

Crashed again. Then I came back to tenth and I crashed on the last lap. This killed me, because I was stuck under the bike so I couldn’t get back up and I finished fourteenth. It was super frustrating to give so much effort and stay stuck under the bike. It was misery. I wanted to kill someone. That’s sport.

Does missing the Lommel MXGP for a year make this even tougher? Obviously, you train here all the time. You are used to the place. Missing this race for just one year though, does that make it even more of a shock to the system?

I don’t know. Lommel is a war. Also, yeah. There is no excuse, but I fell sick after Indonesia and that kind of killed me a bit. I was off the bike until Loket. Just rode one time. Usually at that time you could pick back up the sand riding and kind of build up for this race. I couldn’t ride at all. I did a lot of work in the winter and I missed that part just close to the race to have good preparation, but still the weekend was solid. Just the second moto was sh*t. My riding I think was a lot better than it used to be in the sand.

Speaking of training here and how used you are to the place… A few riders have told me that in the winter before this season they put some different sand in this place and made it feel different. Are riders telling me rubbish? Kind of looks like it based on your face.

Yeah. I don’t think they bring sand on this track.

Someone told me that they brought something in that made it different and made the composition of the dirt different. You are just looking at me like I’m insane.

Yeah, I don’t know. Maybe, but I don’t feel like they did this. I think there is enough sand here that would be weird to bring it from somewhere else. Maybe that’s true that actually the sand is really changing.

I think it’s getting harder and harder by the years, but today was definitely not hard. It was deep and tough. I think it rained Friday and made it really deep. A lot of classes yesterday also, so the track was just super rough. It’s no surprise for Lommel.

I’m guessing you were one of the guys clearing the single as you come back onto the start straight. Maybe I wasn’t paying close enough attention in warm up, but you only started doing that in moto one. Did they fix the take off a little bit and it allowed you to go the whole way?

Yeah, I did it in the warm up. They fixed the take off. I cased it a few times, I think.

Yeah, I think you cased it more than anyone else.

Yeah. I cased it like, “Wow. It was so f**ked up and I still sent it.” It was way short. When thinking about this moment I’m like, “Holy sh*t. It’s crazy.” We are on the edge. I think everybody is. Sometimes you just do the wrong movement, because a little bit legs are struggling. I cased it hard. I had a few moments also in the other places. Once I went completely sideways after the start. Two ski jumps, the second one I almost did a 360 there. I somehow didn’t crash. It was crazy. I’m happy to be healthy though, because I could have been on the ground more.

I was. In the second moto I was, because energy was pretty low. I still sent it. If you are not [sending it] then you are just going backwards in those conditions. You still need to go over the bumps and still need to do the effort, even pushing through fatigue. Can be sketchy.

That big single that you cased, it was still safer launching it. Right? That pocket was horrible. Even yesterday in practice that little pocket between the table, I guess you would call it, and the single looked horrible.

There is no safe place here.

Are you okay? I feel like you are not okay right now.

I’m not okay. I’m definitely not okay. I feel like I’m drunk just by the fatigue.

I feel like I’m talking to a war veteran.

Yeah, that’s possible. I really feel drunk. I think it’s the fatigue went deep today. Yeah, that second moto, otherwise it would have been a solid weekend.

I’m holding and using Marie’s shoulder to get me back to the car.