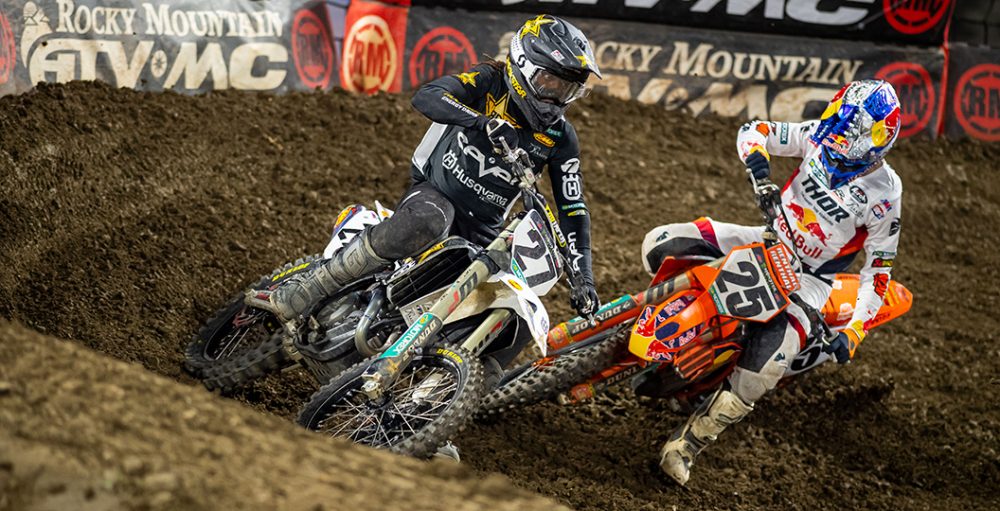 The action did not stop when the chequered flag waved at the first round of 2022 Monster Energy Supercross, as Malcolm Stewart approached Marvin Musquin about his questionable move at the halfway mark of the premier-class main. The altercation was clear for everyone to see, but no one could quite make out what was being said. Until now, that is. Feld Motorsports just shared a new look at the incident and, thankfully, the conversation is clear.

Stewart’s furious that Musquin did not just make a clean move and go on with his business. Interestingly, Stewart believes that the both riders would have landed on the podium without the crash. It is likely that Musquin would have claimed a trophy – he was much faster than his rival before the incident – but Stewart would have probably had to settle for fourth or fifth. Still, the crash was costly. Watch the very heated conversation from Saturday night in the video below.