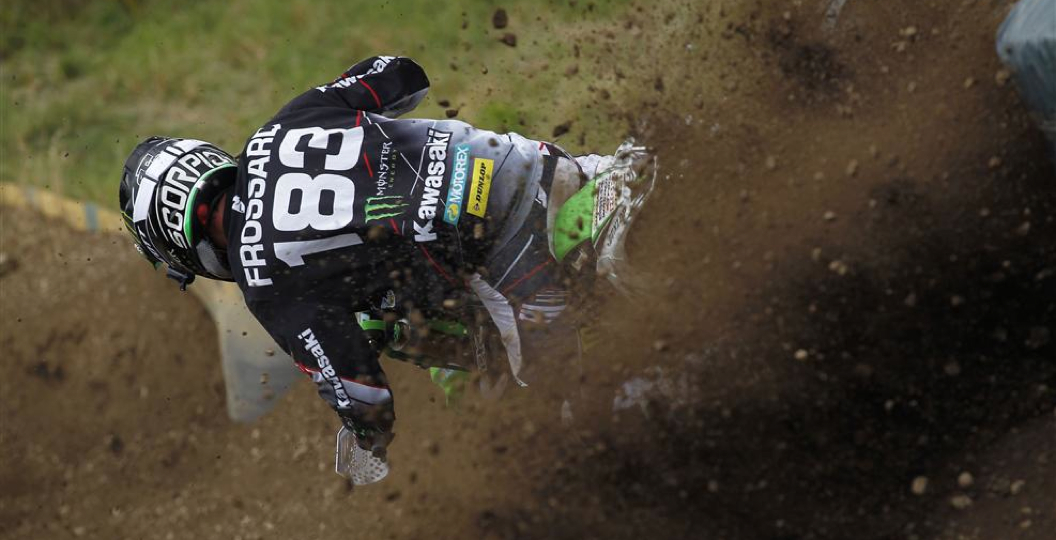 Question: Rumours suggest that Steven Frossard may sit out 2015, because no team will offer him the type of deal he wants. Why do you think this is?

Lewis Phillips: The fact that Steven Frossard cannot find a deal may indicate that what the teams are looking for is changing somewhat. Before it seemed that teams would rather go for a rider that has a lot of raw speed, but struggles to put results together (which sums up Frossard quite well). However, perhaps they are starting to see the value in a rider like Shaun Simpson, who is out there every week posting solid results (although admittedly he too is struggling to find a factory deal). Steven is wildly inconsistent and injury-prone, which I am sure puts more than a few people off, especially when there is so much talent coming through from the MX2 class.

Jonathan McCready: I think Frossard initially priced himself out of the market, not because he doesn’t have speed but because teams saw him as a slightly risky buy in terms of consistency. However I am still surprised some the factory teams have not signed him up by now, he has speed most riders don’t. But teams have a lot of quality riders to choose from in 2015, who can be a solid back up factory rider and more consistent. Also, with Kawasaki replacing Frossard (who really should have stayed) for a fortunate Rattray on Ryan Villopoto’s request, it has left Frossard in a partly unlucky situation. On his day Frossard is still one of the quickest riders out there, it would seem crazy a guy with that speed is not a viable choice for an MXGP team, and it appears a compromise has been reached with rumors suggesting he will be sorted for a deal in 2015 thankfully.

Question: Of all the riders that are vacating the MX2 class at the end of the season (including those who already have deals), whom would you sign?

Lewis Phillips: Arnaud Tonus is the obvious choice, but in the interest of bench racing, I will look past him. I think it would be between Romain Febvre and Glenn Coldenhoff for me. I rate Febvre quite highly on a 250F, although I am just not sure how he will fare on the big bike. Do I run a team that could stick him on a 350F? I would like to do that – he would be good then. Coldenhoff should be strong on the big Suzuki, although he is injury-prone. So, considering all of these factors, out of the two I would go for Romain Febvre.

Jonathan McCready: Arnaud Tonus or Romain Febvre would be top of the list. Tonus would have been very good on a 450 machine but Romain Febvre will also be a good choice. He is only in his third season of top tier racing because he started his professional motocross career so late. So he seemingly would have the most upside in terms of improving. Febvre isn’t as close to his peak as many riders usually are at 23, so for a rider who has the most potential Febvre might be the best choice – if he remembers to smooth out a little on the 450!

Question: Ryan Villopoto is almost certainly coming over, and it seems this helped Tyla Rattray get a deal with Monster Energy KRT. What do you think of this? Should other riders (like Steven Frossard) be unhappy?

Lewis Phillips: Yeah, it is unusual, although Ryan Villopoto is going to get whatever he wants if (when) he comes over. If Villopoto wants his bike painted pink with brown spots, he is going to get it. Tyla is capable of getting that ride off of his own back too, so it isn’t too surprising to see him there. Only Steven Frossard could have potentially beaten him to it, in my opinion. I am sure Frossard feels a little bummed about his situation, but it is called ‘silly season’ for a reason!

Jonathan McCready: Frossard is very unlucky, he has shown a lot more speed than Rattray this year and was Kawasaki’s highest placed finisher. If it wasn’t for RV I don’t see how you could justify Rattray over Frossard based on their 2014 seasons. Frossard has every right to be unhappy but he is the unwanted piece in a complicated jigsaw to get Ryan Villopoto over. Kawasaki are determined to wrestle the world title off KTM and if you have to lose Frossard to get Villopoto I guess it is a move worth doing. Tyla Rattray is a very lucky rider however to get another chance in a factory team. It will be interesting to see if Frossard still has a better season than Rattray next year  even if he has to settle for a non-factory team.