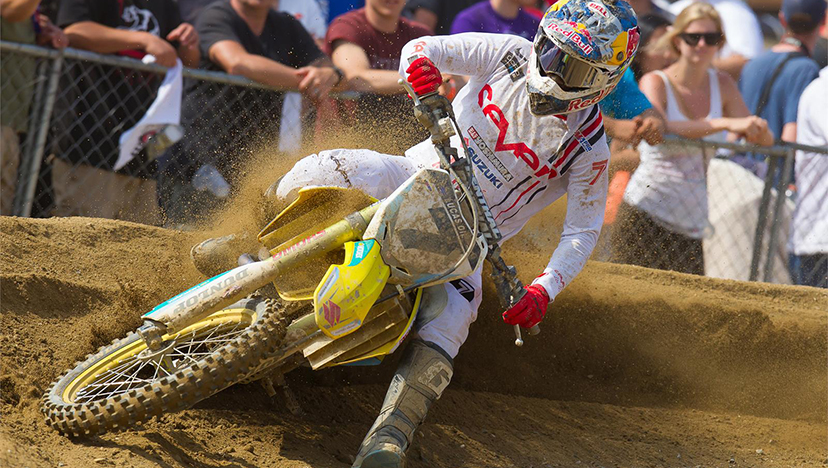 Question: Is there a reason for James Stewart to be concerned? Obviously, sixth overall is not how he expected to start his season.

Lewis Phillips: I think he has a reason to be concerned, but he shouldn’t be worried too much – he’s James Stewart! It’s not like he is going to finish sixth each week, but, he may have to do a little bit of work before he reaches the level of Ryan Dungey and Ken Roczen, as they proved to be superior. Hangtown should suit Stewart a little better, but I cannot see him taking a win. Remember, in 2013 he was off the pace, so he has to show that he can match Dungey and Roczen, before I’m willing to bet on him clinching a victory.

Elliot Spencer: No, not at all, as they say you can’t win the championship in the first round, but you can lose it. I think sixth overall gave him solid points going into round two at Hangtown, and you’ll soon see him battling up front.

Question: Who is going to finish higher in the 250MX standings at the end of the year, Jeremy Martin or Cooper Webb?

Lewis Phillips: For some reason, I believe that Cooper Webb is going to surpass his teammate as the season progresses; I just can’t see Jeremy Martin being consistent enough to stay in the title fight. I think that Martin’s highs may be greater, but his lows will be worse, too. So, in answer to the question, I reckon that Jeremy will win more races, but Webb is going to finish higher in the series.

Elliot Spencer: Jeremy Martin, I think that he has shot at it. He was completely under the radar coming into Glen Helen, and to go 1-1 is the best way to set himself up for the rest of the season.

Question: In your opinion, who was the biggest surprise, and disappointment, this past weekend?

Lewis Phillips: I immediately went to write Jeremy Martin, however, if you had told me before Glen Helen that Josh Grant would win a moto, and Jeremy would win the 250MX overall, I would have found the latter more believable. So, Grant is my greatest surprise. It’s not that I didn’t believe in his ability (we all know he is fast on his day), but he didn’t exactly come in with a lot of positive momentum on his side – his supercross season was one of the worst he has had.

Of course, Dean Wilson was one of the biggest disappointments, but looking at results alone, I would go for Zach Bell. In his short career, Zach has had no notable results to speak of, which may leave him searching for a new ride in the future. Although he took the holeshot in the first race, he ended up down in sixteenth, following a fall (shocking, I know). In the second moto, he finished twenty-sixth, so yeah, it was a bad weekend, and unfortunately, it does not look like he is going to improve any time soon.

Elliot Spencer: Jeremy Martin was the biggest surprise, as I said previously he was completely under the radar, all the hype was on Wilson, Pourcel, Baggett etc, and Jeremy came in and wipes the floor with them. My disappointment would be Dean Wilson – nothing seems to be going his way. After a sixth in the first moto, it looked like he was on course for a steady overall finish, but his crash in the second race has now left him on the sidelines once again.