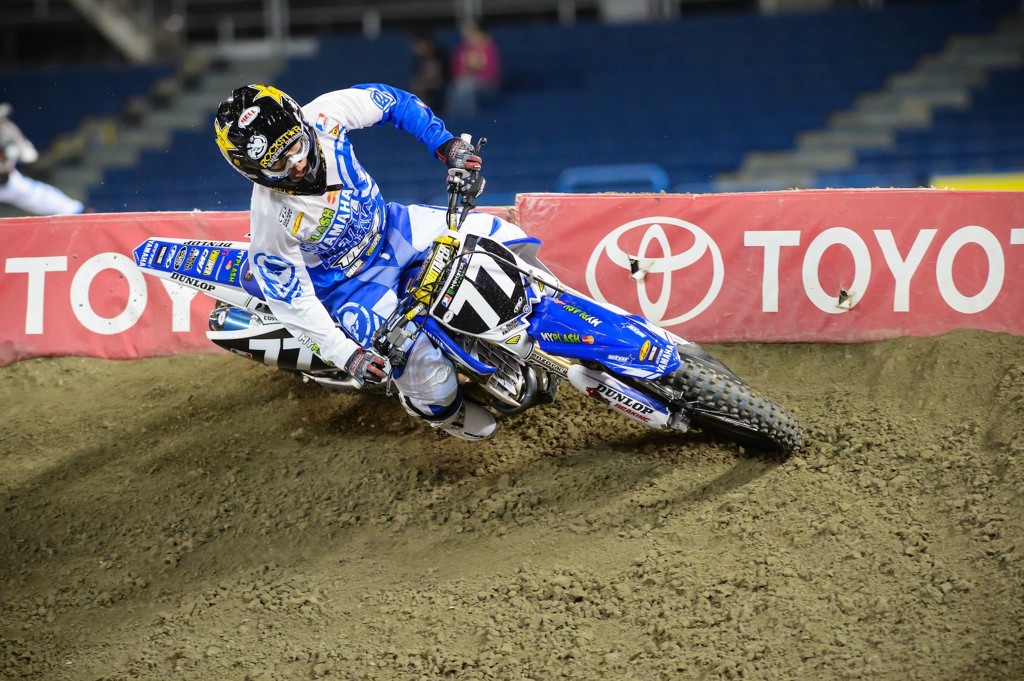 It is the start of a new season this weekend, as the 250SX East class in the Monster Energy Supercross series will fire into life in Dallas. Luckily for us fans, there is no clear cut favourite for the championship, so the racing should be action packed, and produce some unexpected results. With this in mind, we decided to ask you a very simple question for the ‘Vice Voice Box’ this week.

Question: Who is going to win the opening round of the 250SX East series on Saturday, and why?

Lew Leadbetter (Facebook): I think [Blake] Wharton is in for a shout. Everybody forgets the dark horse, and he is a great rider to watch; super aggressive.

Stuart Cawse (Facebook): I reckon Blake [Baggett] and Adam [Cianciarulo] will be feeling the pressure from Pro Circuit to deliver some silverware.

Jordan Lilley (@JLiL101): I think from experience, and being a veteran, it has to be Wharton on the Honda. But AC might prove me wrong

Ady Cowshall (Facebook): [If Musquin is back from injury] then he’ll win, Baggett ain’t quick enough out the blocks for the fifteen lap sprint.

Jamie Arscott (@JamieArscott100): How about Great Britain’s own @PaulCoates77? He is in it.

Shane Russell (Facebook): It’s all about Adam Cianciarulo this year. I think the young man’s gonna come out swinging. Although Musquin might be there. Baggett will be there too if his wrist is right. It should be some good racing though.

Obviously, we all love bench-racing, so we thought we would give you a platform to do just that! Each week, we will be posting a question on our various social media accounts (@motocrossvice on Twitter) for you, the fans. We will then post the best, most detailed answers in our ‘Vice Voice-Box’ column!