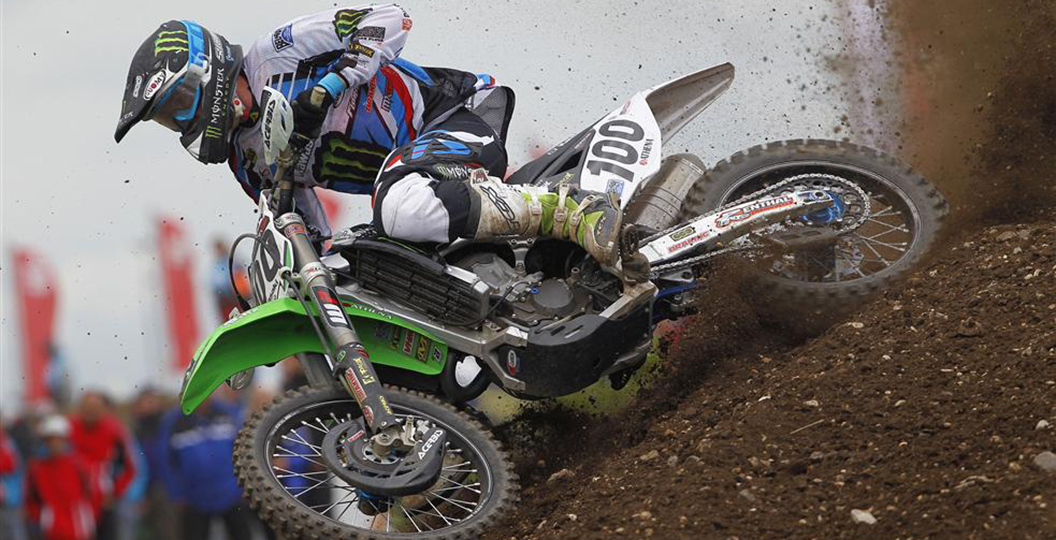 For many years, Tommy Searle has been our only hope of a British world champion, and that rings true to this day. Tommy also believes that he can scoop up the most prestigious prize in our sport, despite the fact that premier MXGP class is stacked with talent; he entered his rookie season in the division with lofty expectations.

Unfortunately, the type of results that he desires have not materialised yet, due to a variety of common issues that an elite rider must overcome, such as injuries and bike issues. Of course, he had to contend with the former in the first half of this season, as a mechanical hiccup with his Kawasaki 450F initiated a monstrous crash that left him with a troublesome wrist injury. However, the likeable British rider is back on-track now, and has already shown the speed required to break into the top tier of riders. Unfortunately, good starts continue to elude him, but an explanation for that finally emerged in Germany.

Surprisingly, he has a stock engine in that CLS Kawasaki of his. Although that seems like it would be a disastrous scenario for a rider on his level, it was actually his decision, as he explains: “there are a couple of small changes to it, but the stock engine has the smoothest power – I don’t want the bike anymore aggressive.” This is actually something that a lot of the riders hunt for – most find that the 450F has too much power, and it is difficult to harness. Tommy was an accomplished 250F rider, perhaps he is trying to make the big bike feel similar in an attempt to regain comfort?

Although this is obviously a factor, his bad starts are not just down to his bike; he continued, “we need it [the bike] better there, but it’s difficult without making it too aggressive on the track. I need to work on my starts as well, as my speed’s right there.” With just a handful of rounds remaining this year, there’s only a little time for him to resurrect the problem, before he switches to a new squad for next year.

It has been confirmed that he will be venturing off to pastures new for next year, as his current team have been ordered to focus on the MX2 class in the future. Of course, silly season gossip has been running rife through the paddock, and Searle has been linked to the Monster Energy KRT squad (which would be a relatively seamless switch) and HRC (the team that he almost signed for prior to his rookie MX1 season). This obviously doesn’t mean that he will definitely end up on either one of those squads, but if he does, it will mean an upgrade to a full-factory team.

This could also mean that he finally finds the missing piece of his MXGP puzzle, and challenges for victories (and maybe the title) in 2015. That is certainly where Tommy (and the same applies to his loyal legion of fans) expects to be. Although the results have not materialised thus far, he seemingly has the speed.