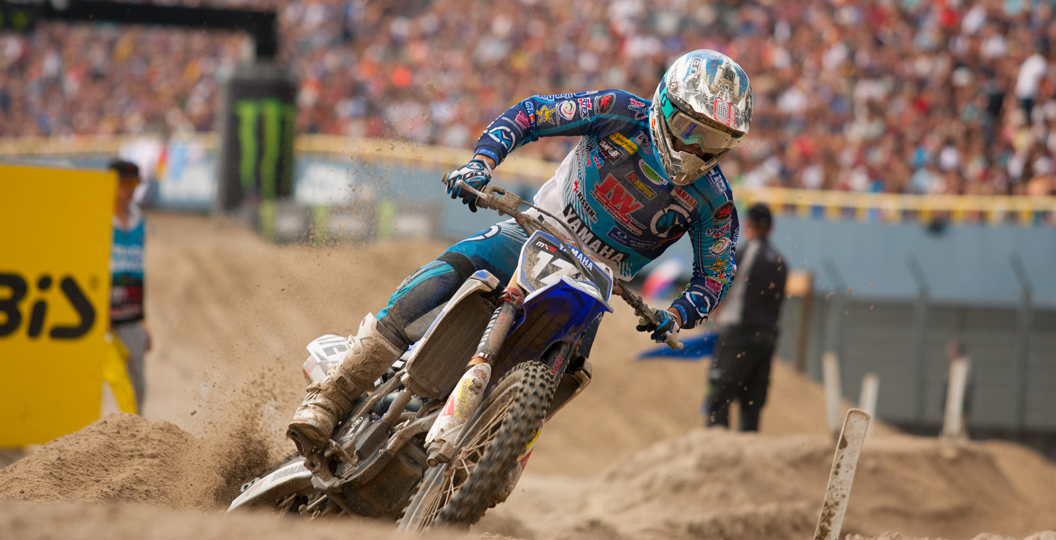 A lot of the industry were sceptical as they entered the Assen TT circuit late last week, for the sixteenth MXGP fixture for 2015. I’ll admit that I too was a little unsure of what I would find. I’ve never been to a GP like this before (aside from Qatar, which is a unique beast), but had heard the horror stories surrounding the GP at Lausitzring in 2013 and events before that.

However, I was pleasantly surprised. I imagine it wasn’t amazing to watch on TV, especially as they entered the back section, but being there in person isn’t bad at all. That is not to say there isn’t work that can be done to make this a better event in the future, as there were various minor flaws. For instance, some complained that the track was too short (lap times were comfortably below 1:40 for the most part) and a little one-lined.

The beauty of this race is that the track no longer exists – it’s gone. Consequently when the event returns, they can start again and rectify those issues. They can play around with the layout and maintain interest each year, as it’ll be a new experience. This probably doesn’t sound too good to you if you love a bit of history, but we already have rounds that are full of nostalgia. Don’t worry, they are not going anywhere.

One of the things that I believe made Assen a success was the fact that it was sand, as that enabled a flat, man-made track to become gnarly and represent ‘real’ motocross. If it was hard-pack, it would have been fairly lacklustre and you would have heard more complaints from everyone. This was the first time a race like this has been held with a sand track and, if they are going to push for more of these, I think this is the direction they need to go.

The first half of the circuit, where the riders rode right alongside the grandstands, was unique and added to the experience. Hearing the crowd erupt as Coldenhoff and Pootjes led the way was incredible and something that is perhaps lost when everyone is spread out around a field. This is something that would also need to be replicated at events of this nature in the future, as the second half of the track left a lot to be desired. Fans didn’t really venture out there though, so that didn’t really matter.

Speaking of the fans, there was a great turnout. The grandstands were full, which is something I honestly didn’t think would happen, and there seemed to be a buzz surrounding the event. This is thanks, in part, to the promotion put in during the lead up to the race. They held a parade through the middle of Assen, a signing, had posters up all over town and made the type of effort that all promoters should. Perhaps that is a part of the forward-thinking that comes with a ‘new look’ event like the Assen MXGP round.

If you’re not a fan of this type of race, then I think you will unfortunately have to get used to it. Will the calendar eventually be full of man-made circuits with great infrastructure? I highly doubt it, but some of the rounds will be. Isn’t that what the FIM Motocross World Championship is all about though? Each week the track and surroundings are different, so the eventual champ has to learn to master each setting.