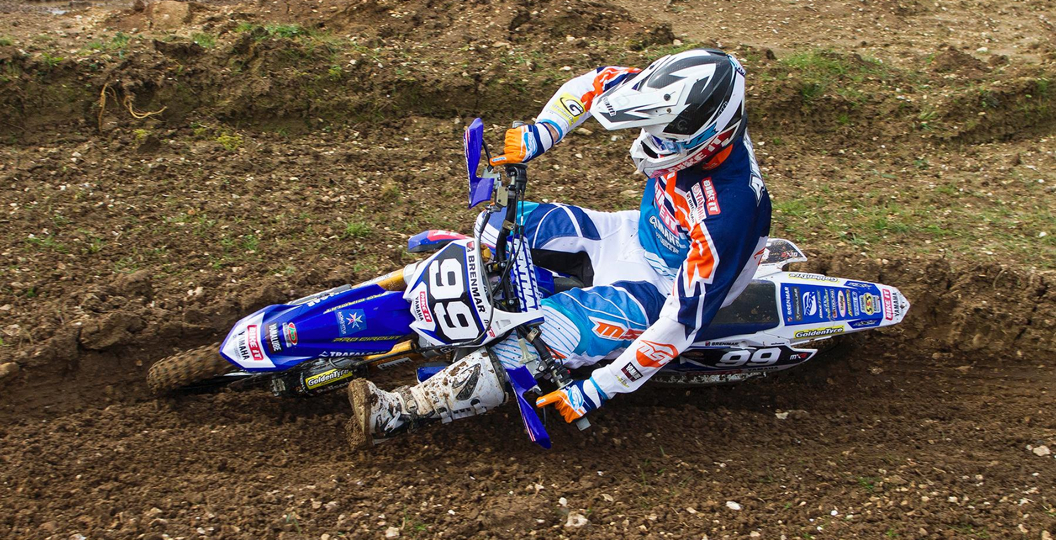 Although various bike issues have restricted him thus far this year, Max Anstie is undoubtedly capable of becoming a regular visitor to the podium in the FIM Motocross World Championship. For this reason, most tipped him to win the MX2 class at the fifth Maxxis British Championship round, which he entered as a wildcard.

Unsurprisingly, Max took pole position, and won the opening two motos aboard his BikeIt Cosworth Yamaha; although, he was not as dominant as most expected. After taking the moto one win by a healthy margin of ten seconds, Anstie just pipped Steven Lenoir to the post in moto two (full credit to the Frenchman, he clearly rode great after a mediocre start). After five laps in the final MX2 encounter, the likeable British rider looked set to take the overall victory with three convincing moto wins. However, disaster then struck, as his bike expired once again.

This was obviously a huge blow to Anstie, as victory was snatched from his grasp (in a similar fashion to what happened at the first MXGP round of the season). But, to add to this, he was then handed a £50 fine by the ACU, because he recieved “outside assistance” when his mechanic retrieved the bike. Now, most were puzzled by this, as he was already out of the race, which is the ultimate penalty. So, for further clarification, we asked Brian Higgins why this decision was made. He explained:

“Anstie’s bike expired on the horseshoe loop – [the] yellow flag [was] out warning other riders who could clearly see him. Max started to push [his] bike off the circuit and one of his entourage jumped the fence and went onto a live track and helped him push the machine off. Max could easily and safely have parked it up beside the track. He made no attempt to stop the man coming to help him. We cannot have people coming onto a live track when they feel like it. They are not insured.

I spoke with Max personally after the incident and explained it to him, which he accepted. If he had finished the race he would have had a place penalty, but as he did not finish a fine was the only option. This has to be a warning to other riders and mechanics.”

Of course, every series has a similar rule on outside assistance, so it is not too shocking that they elected to do this. Remember, Justin Barcia was disqualified from his qualifying race at the Motocross des Nations in 2012, because he recieved outside assistance (admittedly the situation was very different, but the point stands). Even Steve Dixon (the BikeIt Cosworth Yamaha team manager) understands why they did this, being a promoter himself.

However, I can also see why some feel that the fine is not needed, as Max was simply doing what he felt was safe. Overall, this isn’t going to affect Max too much, and £50 is not going to break the bank, but still, some were intrigued by the decision that the ACU made.