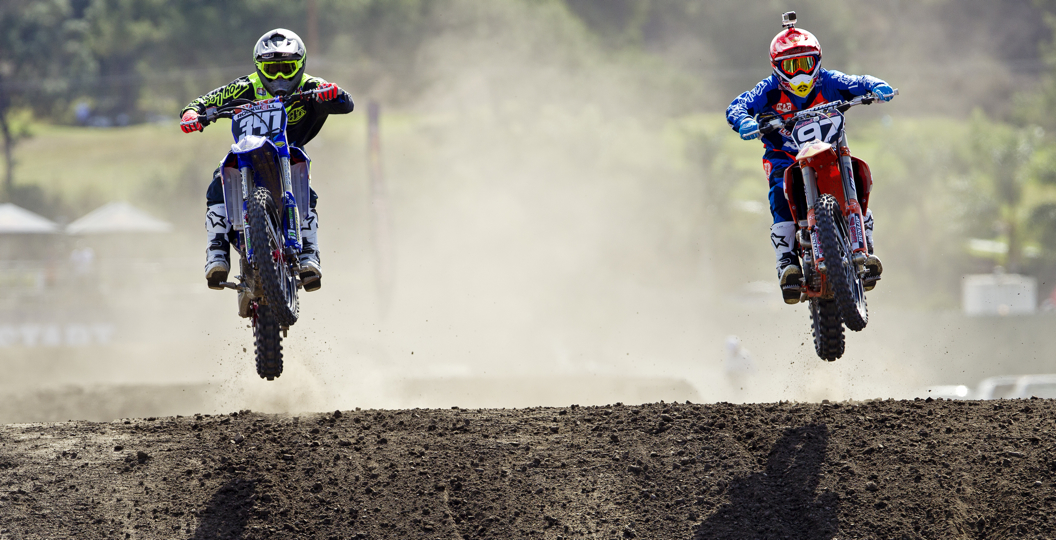 The ‘Red Bull Straight Rhythm’ is certainly unorthodox and, for that reason, it suited certain riders more than others. There was a wide range of guys at the event, as you had one of the best, current racers (James Stewart), some retired guys (Grant Langston, Ryan Morais and Travis Pastrana) and some riders that are attempting to reignite their professional careers (Nico Izzi and Josh Hansen).

Although you cannot really take too much from the event, as it is so different to a stereotypical supercross round, it was important for guys like Izzi and Hansen to at least show a flash of speed and that they still have potential. Both riders have hit rock bottom recently and been separated from the sport completely, although they have also expressed their interest in trying to recapture the form that saw them both contend for titles when they were in their prime.

The ‘Straight Rhythm’ marked the first time that they had lined up at a professional race in quite some time, so naturally there was a bit of pressure on their shoulders, as onlookers were eager to see if they would sink or swim. Neither rider made it past the quarter final stage in their respective classes, although you would not expect them to beat James Stewart or Justin Hill at this point.

Although their time on-track was relatively short, they certainly showed that they still possess the speed and ability required to compete in supercross, although translating that to a full series will be a large hurdle to overcome. Will either rider get a deal? It is unlikely (although Hansen has his own program lined up, so is not looking for one), but that should not be a concern of theirs just yet, especially when riders like Malcolm Stewart, who are much higher on the food chain, are still-hunting around for a contract.

Speaking of Malcolm, a lot of enthusiasts out there now presume teams will be knocking down his door trying to sign him for the new season, following his brilliant ride at the inaugural Red Bull event. Admittedly the younger Stewart brother did impress with his speed and composure, but as stated previously, the event is so different to what we usually see, so can you really put a lot of weight in his performances? Obviously it still requires a lot of skill, although you arguably have to be stronger mentally in supercross, and there are many more factors that come into play.

If Stewart (Malcolm, that is) contests the Monster Cup, and presumably he will, that will be the ultimate test and where he could potentially garner a lot of attention. There is no doubt that he is better suited to the 450F, most have been pushing him to hop on the big bike since his rookie season; it is bizarre that now that he is finally looking to step up, there are no deals on the table for him.

He seems to have some backing, which will enable him to do his own deal, although presumably he will be one of the guys that is at the front of the line for a replacement ride, should someone get injured early on in the season. The ‘Red Bull Straight Rhythm’ was certainly a step in the right direction for all of these riders, as they received positive press and attention from fans and those within the industry, although this is perhaps just the start of a long road.