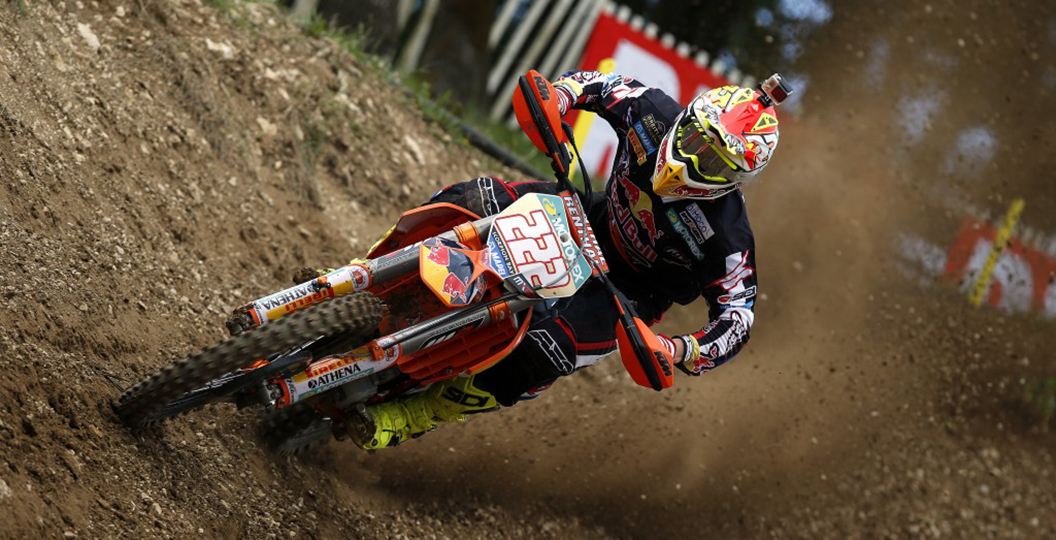 I first collected these stats in 2012, when I had just started writing articles for MX Vice. I thought that now was a good time to revisit the topic, and to see how those statistics are shaping up. Antonio Cairoli is often looked at as the rider that could surpass some of Stefan Everts’ records. But, how close is Tony to doing that? Well, we have all of the figures that you could possibly want to make an informed decision below.

I put the first version of this article together before the Swedish GP in 2012 (the one where Cairoli scored no points, shockingly). So, I have now added all of the numbers from the GPs following that to the present day. Everts’ stats obviously have not changed, so the Italian has closed in considerably. Interestingly, the last two years have been brilliant for Antonio – I would definitely say he has been the most dominant that he has ever been. His overall win percentage has grown from forty-two percent to forty-six, which is really quite impressive.

The fact that he is in his prime currently means that these numbers are not going to decline for quite some time. Cairoli is twenty-eight years old, but he has not shown any signs of backing off. In fact, he could probably back off and still garner a lot of wins! He has to win another thirty-three rounds in order to match the greatest MXGP rider of all time; whether he’s going to do that or not depends on how many years he sticks around. There are usually just seventeen rounds in a year, so even if he wins every round over the next two seasons, he would only just pass Stefan. However, if he can stay at this level for the next four years, he could realistically pass one-hundred and one GP wins.

There are a variety of factors to consider. Cairoli could run into injury, or another rider could make his life more difficult. Most believe that Jeffrey Herlings is going to be a worthy contender, and one that will clinch many GP wins on the 450F. So, his presence in the premier class (when he does move up) could stop Tony from reaching the milestone. Motocross is unpredictable – who knows what is around the corner. Consistency is crucial for this reason, but this is something that Antonio has no problem with, evidently. In fact, he has almost matched Everts’ overall podium percentage – if Cairoli is not up on the the podium, it’s a strange day.

I gathered the statistics from the moment that the rider took their first GP onwards, because that is the turning point in their career, and they are expected to win from that point onwards. I have put all of the figures into the table below.

The difference between the two isn’t large at all. In fact, it is quite amazing how similar they are! The interest in this topic will only grow as Antonio Cairoli inches closer. Do you think that he is going to pass Stefan Everts in some areas? Let us know in the comments below.