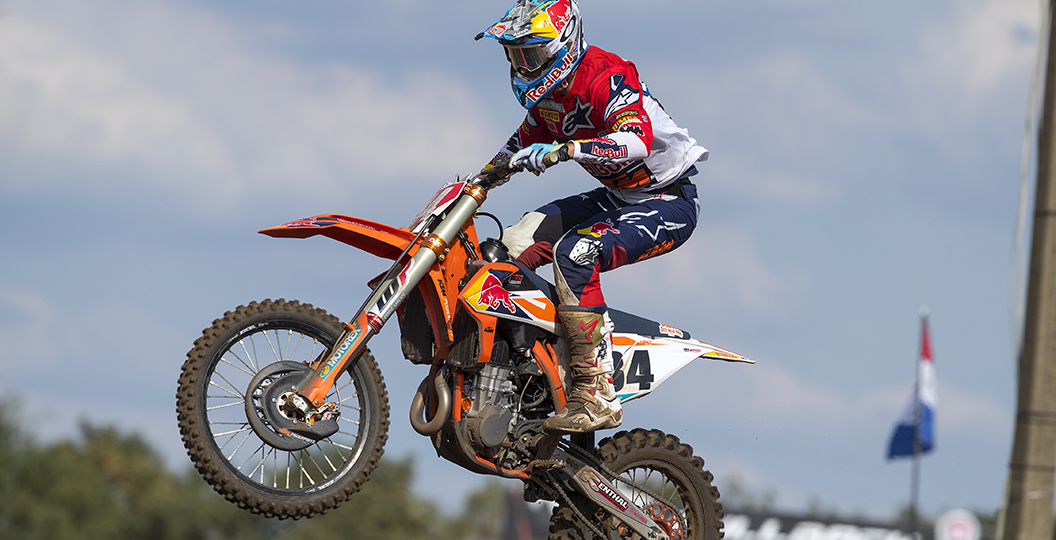 Vice Poll: The Next To Ten

It is almost unbelievable that two riders have a good shot at winning ten titles in the FIM Motocross World Championship and matching the record that Stefan Everts set in his final season. Who will actually be the next guy to reach that number? Antonio Cairoli only needs one more gold plate, but Jeffrey Herlings appears to have the premier division well under control currently. Perhaps a rising star who has not even won a moto, like Jago Geerts, will end up becoming a star of the sport?